KATHMANDU: A research conducted by the University of Manchester in May has found that community forestry has contributed immensely to reduction in deforestation and poverty. 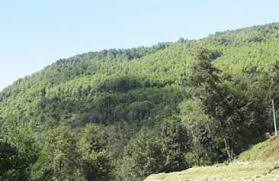 However, stakeholders have cried foul on the government's decision to impose 90 percent tax on products generated from community forests.

The Federation of Community Forestry Users Nepal (Fecofun), a federation of 22,266 community forest user groups, has severely criticized the government for taking such irrational decision.

Chairperson of Fecofun, Bharati Pathak, expressed her dissatisfaction over the multiple taxes imposed by the federal, provincial and local governments.

Pathak said that the government should have consulted with stakeholders before increasing tax.

“The community forests which are operated under the Community Forest Guideline 2071 contribute to forest preservation and socio-economic development through poverty alleviation. Imposing a heavy tax could adversely affect the growth of the community and the forest itself,” said Pathak.

“We strongly oppose the tax hike and urge the government agencies concerned to avoid duplication of taxes,” added Pathak.

“As soon as the bill gets approved, we fear that other provincial governments will also impose similar taxes on community forest users groups,” said Brikha Bahadur Shahi, general secretary of Fecofun.

“We are trying to outline the consequences that this issue could invite in the days to come. There would be hardly any other alternative left for us but to take to the streets if the government doesn't reconsider its decision,” added Shahi.