Nobel Prize in Physics is shared by a woman, the first in 55 years

(CNN)The Nobel Prize in Physics has been awarded to a woman for the first time in 55 years, and for only the third time in its history.

Donna Strickland, a Canadian physicist, was awarded the 2018 prize jointly with Gérard Mourou, from France, for their work on generatinghigh-intensity, ultra-short optical pulses. They share the award with an American, Arthur Ashkin, who at 96 becomes the oldest Nobel Laureate, for developing "optical tweezers.

Donna Strickland is the first woman in 55 years to be awarded the Nobel Prize in Physics.re the award with an American, Arthur Ashkin, who at 96 becomes the oldest Nobel Laureate, for developing "optical tweezers." 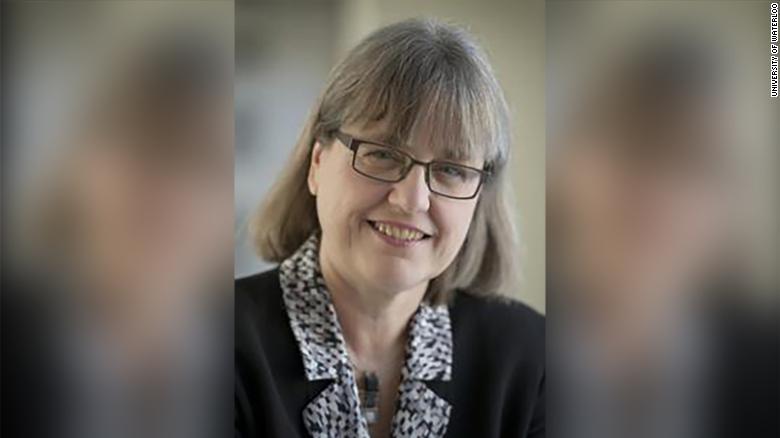 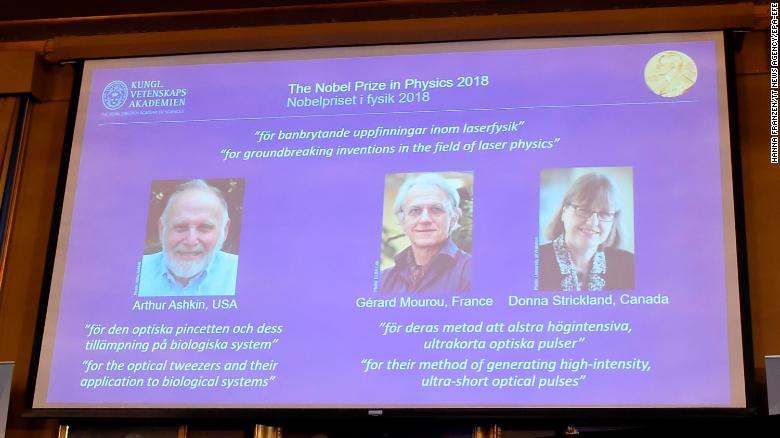 The Nobel laureates in Physics are announced at the Royal Swedish Academy of Sciences in Stockholm, Sweden.

The announcement comes a day after a senior scientist at CERN, the Geneva-based nuclear research center that is home to a number of Nobel winners, was suspended for saying that physics was invented and built by men.

Strickland said the achievements of women scientists deserved recognition. "We need to celebrate women physicists because we're out there. I'm honored to be one of those women," Strickland said by video link at a news conference following the announcement in Stockholm.

Marie Curie was the first woman to win a Nobel Prize in Physics in 1903, recognized for her co-discovery of radiation, followed by Maria Goeppert-Mayer in 1963 for discoveries about nuclear structure.

Strickland she said she thought there might have been more than three physics laureates, adding: "Hopefully in time it will start to move forward at a faster rate." 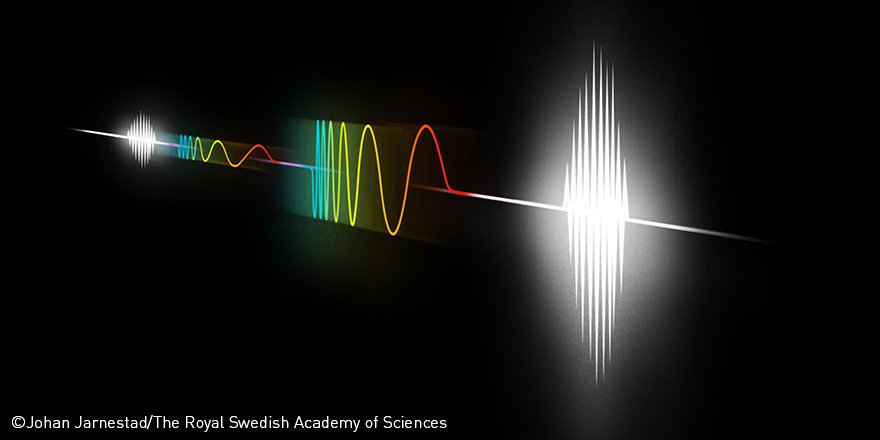 Strickland and Mourou's development of very short and intense laser pulses, known as "chirped pulse amplification," have made it possible to cut or drill holes in materials and living matter incredibly precisely. The technology they pioneered has led to corrective eye operations for millions of people. 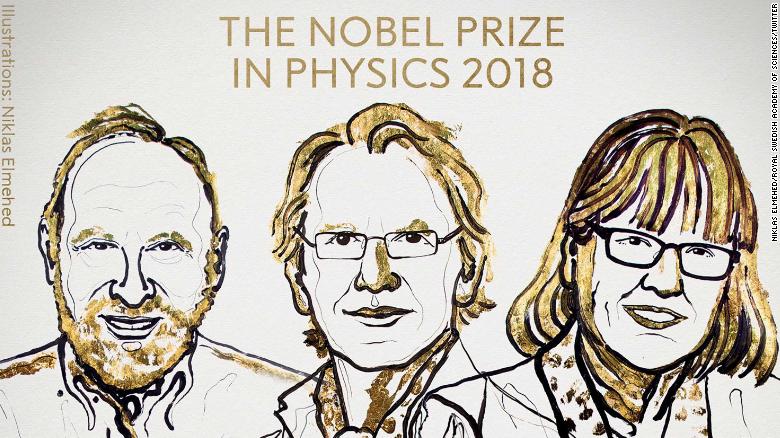 An illustration of the 2018 Nobel Prize in Physics winners.

While Ashkin's optical tweezers may sound stranger than science fiction, they make it possible for scientists to hold, observe, and move tiny objects with "laser beam fingers." That means laboratories can examine and manipulate viruses, bacteria, and other living cells without damaging them.

"Advanced precision instruments are opening up unexplored areas of research and a multitude of industrial and medical applications," the Nobel organizers wrote on prize's Twitter feed.

Each of the six Nobel prizes come with an award of 9 million Swedish kronor (roughly $1 million), which can be shared by as many as three recipients. Strickland and Mourou will take half of the 2018 award, and Ashkin the other half.

According to the Academy, Ashkin was so busy with his latest scientific paper that he might not be available for interviews.

Alfred Nobel created five prizes in his 1895 will for medicine, physics, chemistry, literature and peace. A sixth prize in economics was created, in Nobel's memory, by Sweden's central bank in 1968.