Suicide rate is alarmingly rising across the world and in Nepal, but this has not become the subject of debate in our public spheres
Some months ago I heard the heartbreaking news of suicide of eleven years old child in the village of Kanchanpur district through his close relatives. When I first heard this news, I was dumbfounded. 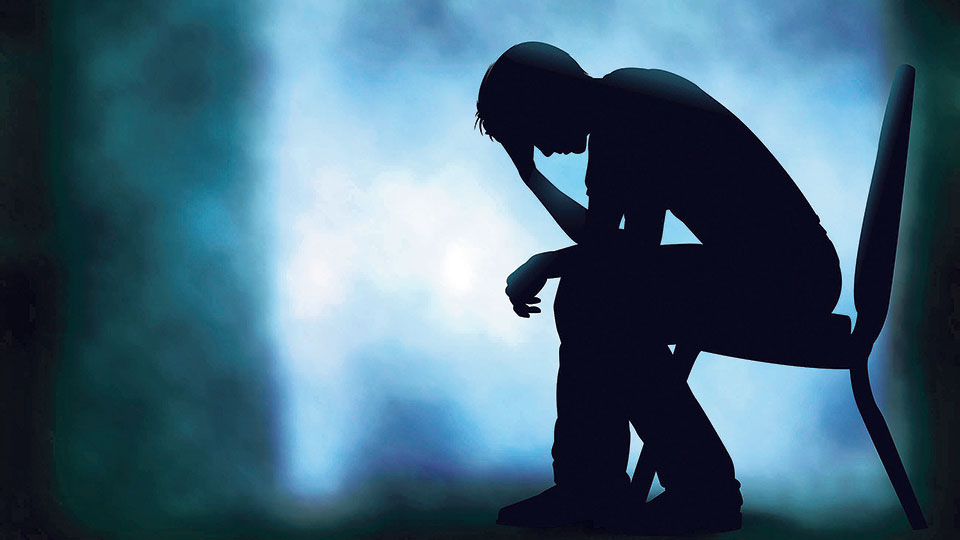 How does the eleven years old boy think of hanging himself from the roof with the scarf? I came to know through the relatives of deceased child that some days back he had seen footage of his maternal uncle’s suicide in the cell phone of his mother. Imitating the video footage of his uncle’s suicide, the boy just hanged himself without realizing it could end his life.

Suicide cases like these have become more common these days as increasing number of people—from children to adults to elderly—have started to opt for ending lives due to various psycho-social causes. Suicide is rising across the country. We need to talk about it and find ways to prevent it.

According to the Nepal Police data published in March this year, in 16 months, at least 7,144 people committed suicide across the country, of which 57 percent were youths. Total of 4,089 youths of 16-25 age group committed suicide during the same period. According to the police data, 14 people commit suicide everyday due to various reasons. Nepal ranks at seventh position in the world in terms of suicide rates with 25 suicides per 100,000 people. In South Asia our country ranks second after Sri Lanka in suicide. This shows that we have very severe suicide problem in our country.

Around the globe, 800,000 people die due to suicide every year and one person commits suicide in every 40 seconds. According to World Health Organization (WHO), suicide is the second leading cause of death for people of 15-29 age group. Mental health conditions cost the world $2.5 trillion a year and it could reach to $ 6 trillion by 2030 if timely actions are not taken against it. It is reported that 75 percent of global suicides occurred in low middle income countries.

Suicide rate is alarmingly rising across the world and in Nepal, but this has not become the subject of debate in our public spheres. It is said that 60 to 70 percent of suicide cases are due to depression. In Nepal depression is more common among women than men. Hopelessness, helplessness and worthlessness generate pessimistic outlook toward life which pushes people into the bottomless pit of depression. Unlike in the West we don’t have culture of sharing one’s feelings with one another. When feelings are not shared, it generates anxiety which further pushes the person on the brink of suicide. Psychologists cite lack of mental health awareness and stigma as major barriers to reducing suicide rates and improving mental health.

In Nepal, mental health issue is not taken seriously. Mental illness is mistaken as devil’s attack and people are taken to witch doctors instead of hospitals for treatment.  In recent days massive internet penetration has also played key role in the rise of suicide cases. As of 2017, the internet penetration was 63 percent of the total population of the country. Data shows that at least 24 percent people end their lives due to anxiety led by technology. Police believe social media’s misuse has been one of the major causes behind increasing cases of suicide. As majority of people using social media generally celebrate their success, achievement and moments of happiness through their posts they demoralize and depress the ones who go through repeated failures or the people with low self esteem. Even different studies have proved that spending too much time on the different platforms of social media have made people unproductive and demoralized them further making them prone to depression.

A range of factors facilitate suicide attempts and hinder them from seeking help. Toxic pesticides are easily available and people tend to use them to end their lives. Consuming pesticides is the most common means for suicide attempts in Nepal but pesticides are found everywhere—in the shops or even inside the houses. The government should regulate sale of such poisonous substance in the market. Policies that restrict the sales of toxic pesticides can help prevent suicide. Sri Lanka is an example of this.

According to a study, over 90 percent of suicide cases are pre-planned and there is a pattern of writing suicide notes prior to the suicide events or sharing the plans at least with some others, directly or indirectly. If we closely watch the behavioural pattern of people, we can detect suicidal tendencies.

Suicide can be prevented if the family members develop the habits of sharing problems among themselves and if we have proper mental health treatment mechanisms in place. The problem is Nepal has not taken effective measures to address this epidemic of suicide.

Precious lives are being lost every day owing to suicide. All the concerned, including the government bodies, should work together to raise the awareness about mental health issues and provide timely psychological counselling to those who need it.