The joy of stats

An accessible primer on number-crunching

DATA are everywhere these days; the problem is making sense of them. That is the role of statistics, the university course that so many people dodge or forget. Charles Wheelan, a professor at Dartmouth College (and a former Chicago correspondent for The Economist), does something unique here: he makes statistics interesting and fun. His book strips the subject of its complexity to expose the sexy stuff underneath.

Statistics and probability are important intellectual tools. Statistics allow the compression of a massive amount of information to a few meaningful numbers. Probability enables people to make reasonable decisions with imperfect information by quantifying their uncertainty. They are the bedrock of modern society, from putting rockets into orbit to managing spam filters. People from all walks of life are finding that they need a familiarity with figures and statistics. 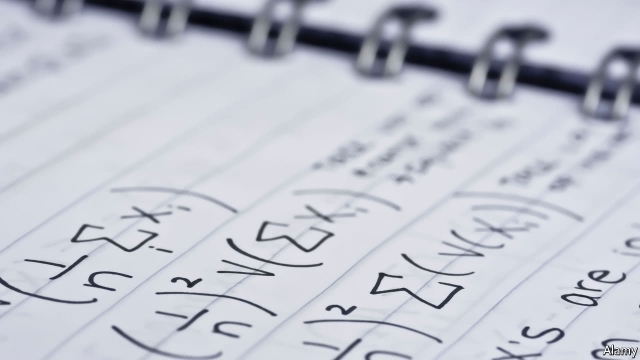 The problem is that the subject is typically taught by people who like statistics, rather than those who simply care about putting them to use. “Naked Statistics” is interesting because it focuses on the purpose of stats, not their inner elegance. And it relies on Mr Wheelan’s trademark silly humour (introduced in an earlier book, “Naked Economics”) to keep the reader at ease and engaged.

The results work wonderfully. After starting with concepts like mean, standard deviation and correlation, the reader ploughs into the central-limit theorem. This says that, properly drawn, sample means follow a normal distribution. In so doing, they should not differ markedly from the overall population or other samples. What is the point of that? Mr Wheelan explains it in terms of looking for a missing bus of marathon runners (who would be expected to weigh less than the average) and finding one filled with overweight people (who are heading to a sausage festival, it is later disclosed). Though one or two hefty runners might be on a bus which is going to a marathon, it is unlikely that every seat would be filled with a chunky person. The central-limit theorem lets commuters quantify the prediction that they may have found the wrong bus.

And so it goes. The reader learns why insurance for low-cost items is worthless and why playing the lottery is a quick way to become poor. More seriously, the book explains the basic statistical approaches used in a 2011 study showing a link between a child’s brain size and autism. And it teems with interesting statistical facts, such as that there may have been an extra 1,000 deaths in the three months after September 11th 2001 because more people chose to drive rather than fly.

At every step Mr Wheelan explains statistical concepts as they relate to natural intuitions about how the world works. (He also shows that where intuition fails, statistics are needed to inform decisions.) He sticks to the big picture, leaving the nettlesome details and maths formulae to short appendices after the chapter.

Mr Wheelan is wary of “big data” (supersized data sets) since the abundance of information may lead to spurious correlations—associations that seem to be related but happen just by chance. (Nate Silver, the boy-wonder of stats, shares that unease in his recent book, “The Signal and the Noise”.) Sadly, “Naked Statistics” is mute on what to do about this, even though big data is a reality.

The book ends by delving a little too much into specific quandaries rather than stepping back and making broader points about, say, the limitations of number-crunching in a world that is becoming more dependent on these techniques. But that is a quibble. “Naked Statistics” is a revealing look at statistics’ bare essentials.