We need to cut back on antibiotics, but their use is soaring

The use of antibiotics around the world jumped by 65% between 2000 and 2015, according to a new study of 76 countries published in the Proceedings of the National Academy of Sciences. 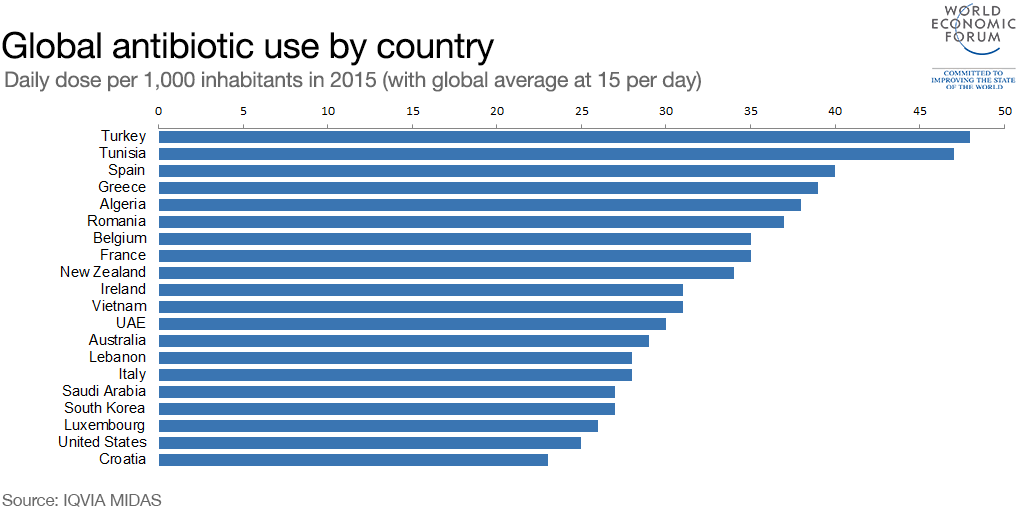 In 2015 there were over 42 billion daily doses of antibiotics consumed. This is expected to rise to 128 billion by 2030 unless significant changes are made in the way that antibiotics are being used.

The World Health Organisation has said the world urgently needs to change the way it prescribes and uses antibiotics, describing antibiotic resistance as a major threat.

And A 2016 study led by the CDC found that over 30% of antibiotics prescribed in the US are unnecessary.

The bulk of the increases came from low and middle-income countries, with Turkey, Tunisia, Algeria and Romania now accounting for four out of the six countries with the highest consumption of antibiotics in the world.

But rich countries are still using more antibiotics than poorer countries over all.