In the agreement, it has been said that the obstruction from locals in garbage disposal has been removed from Friday and garbage disposal will now take place at night. It has also been agreed that the KMC will manage the garbage in Sisdole and Banchare Danda within one month without creating foul smell, scientific management will be done within two months so that the leaching from the garbage does not get mixed in the river. 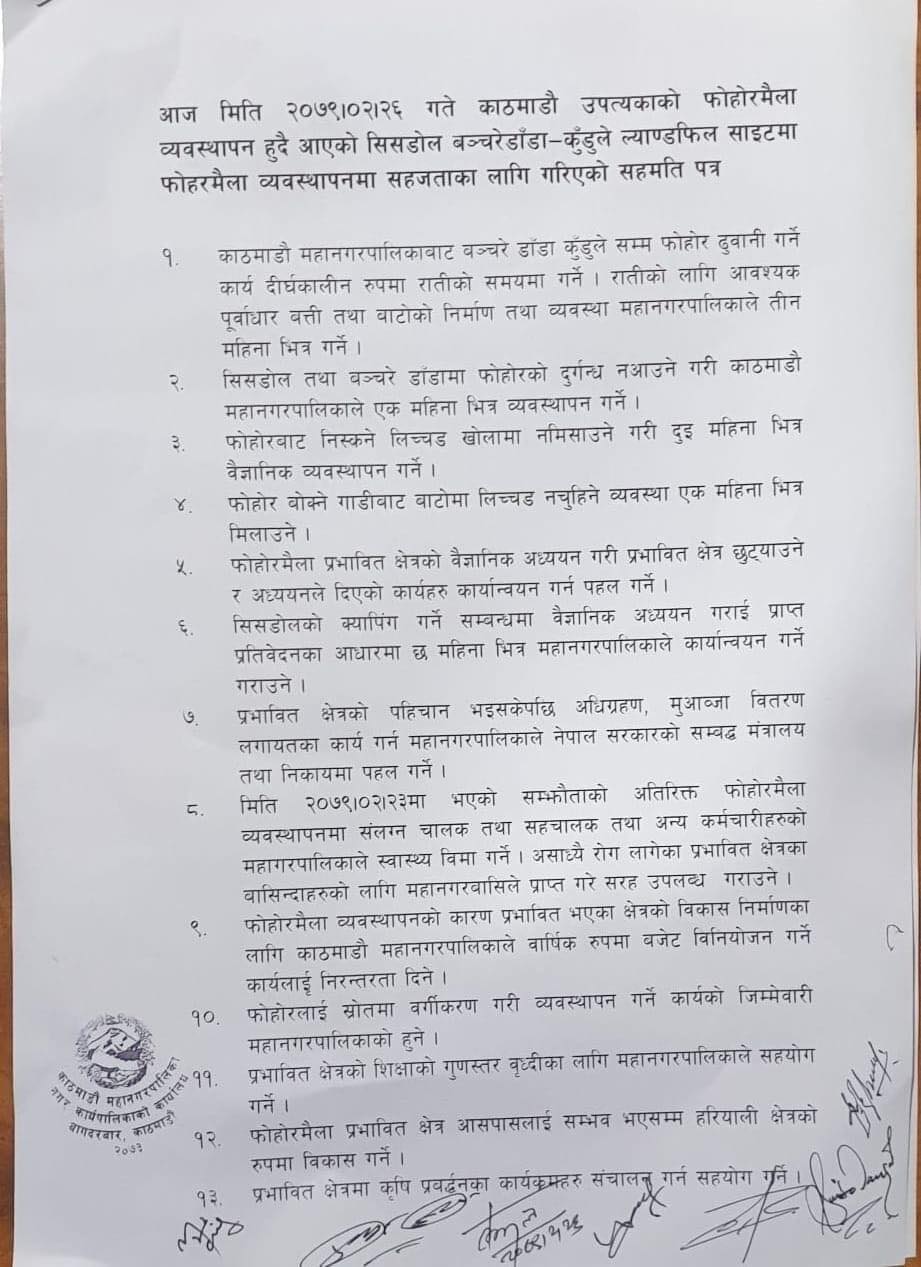 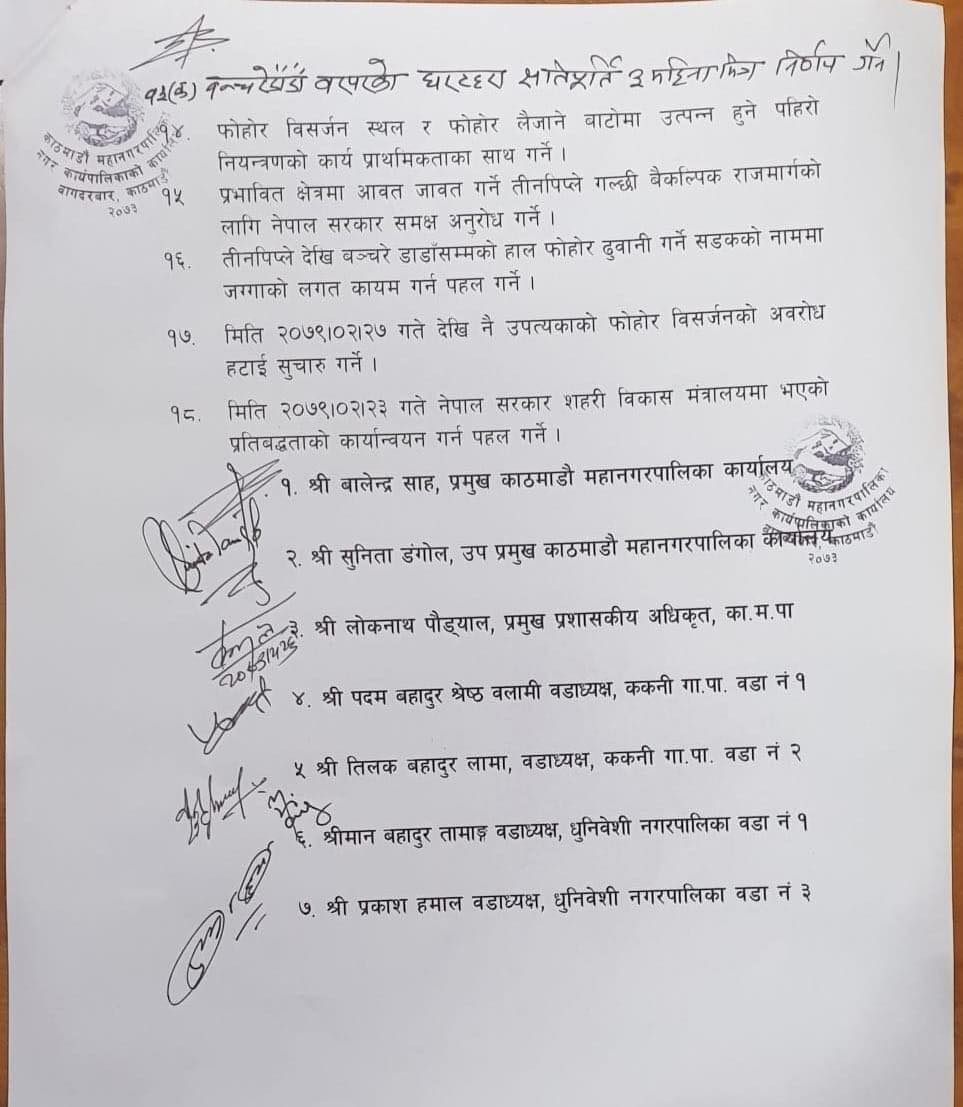