Despite continued crackdown, poaching and trade in  parts of endangered or protected wild animals continues unabated. 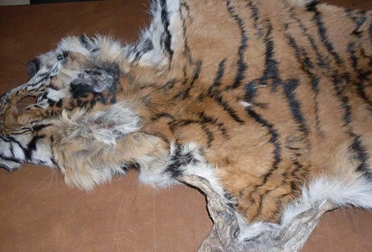 According to statistics of the Central Investigation Bureau of Nepal Police, it has arrested as many as 41 persons with live animals and  their parts in Kathmandu valley over a period of 10 months.

The suspects were trying to trade in the body parts of the endangered animal when a team deployed from Metropolitan Police Sector, Gongabu, held them.

Officials said racketeers were found to be using Kathmandu as a transit for smuggling wildlife body parts to foreign countries, mainly China.

The wild animals most sought-after by poachers and smugglers include red panda, leopard, and pangolin scales, among others.

During the nine-year period from 2008 to 2016, 74 cases of trafficking of red panda hides were reported in Nepal, according to the Department of National Parks and Wildlife Conservation.

Police officials said the local poachers usually came to Kathmandu with wildlife body parts in search of prospective clients and sold them to racketeers, who eventually smuggled the contraband into foreign countries, especially China.

Any person arrested with body parts of endangered wild animals is handed over the concerned district forest office for legal action.

District Forest Office is the only authorised agency to prosecute wildlife poachers and smugglers under the National Parks and Wildlife Conservation Act, 1973.

Red panda, called ‘habre’ in Nepali, is an endangered animal whereas trade in its body parts is illegal under the prevailing laws as well as the Convention on International Trade in Endangered Species of Wild Fauna and Flora.

Police said red panda hides and body parts are usually smuggled to China and Myanmar for their supposed medicinal qualities and aesthetic use. Poachers have been found selling red panda hide for Rs 200,000 to 600,000 depending on their clients.

Similarly, pangolin scales fetch around 2,500 US Dollars per kg in the international market. Pangolin scales and body parts of other wild animals are in high demand in Asian markets as they are used in manufacturing traditional Chinese medicine, handicraft and decorative items. Anyone involved in the trade of protected species can be slapped with a fine up to Rs 100,000 and a jail term of five to 15 years as per the existing laws.