As many as 568 children, including 55 girls, were rescued from the streets of the Kathmandu Valley during the period of mid-April 2016 to mid-March 2017.

A report released by the Central Child Welfare Board under the Ministry of Women, Children and Social Welfare yesterday said it had launched this campaign in mid-April last year in line with the Street Children’s Rescue, Protection and Management Guideline, 2016. The campaign is under way in collaboration with MoWCSW, CCWB and various national and international non-governmental organisations.

Of the 568 street children rescued by the government, 163 have been rehabilitated while 27 are undergoing skill training. The remaining children are engaged in the process of socialisation.

“The children have been enjoying service through children’s homes, socialisation centres and drug rehabilitation centres,” said the report.

Some of the children have rented rooms and continuing school education. The government had allocated budget for rescue, relief and rehabilitation of the children at risk in the fiscal 2015-16. 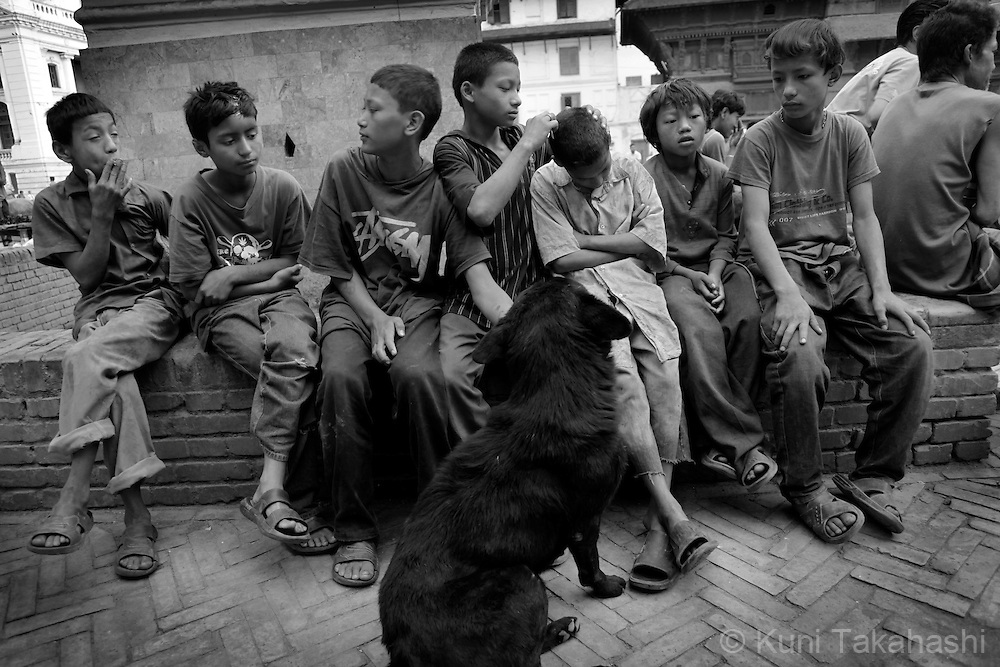 According to a report, there are around 5,000 street children all over Nepal. It is estimated that the number of street children is approximately 1,200-1,500 in the Valley alone.

Around 15 per cent of the children in the streets are from Sunsari in eastern Tarai. Eighty-six per cent of rag pickers work round-the-clock. Similarly, 75 per cent street boys in Kathmandu are victims of sexual abuse at the hands of foreigners, locals and their peers.

The main reasons for migration, which finally forces them to end up in streets, are family violence, peer influence, family economic situation, family disintegration, to escape from conflict situations and to seek opportunities. The report said street children were among the high risk and insecure groups and were vulnerable to various forms of exploitation and abuses.

They are also exposed to alcohol, drugs and tobacco. They find alcohol and drugs as a solution to all their worries, tensions and problems.

Some of the risks and dangers they face are violence (moral and physical), drugs addiction, intimidation by gangs, social exclusion, health problems, delinquency, criminality, alcoholism, starvation and lack of self-esteem.