Nearly 70 percent of drinking water samples in Kathmandu Valley have been found to have been contaminated with E coli and faecal coliform, according to a study carried out by the Epidemiology and Disease Control Division. 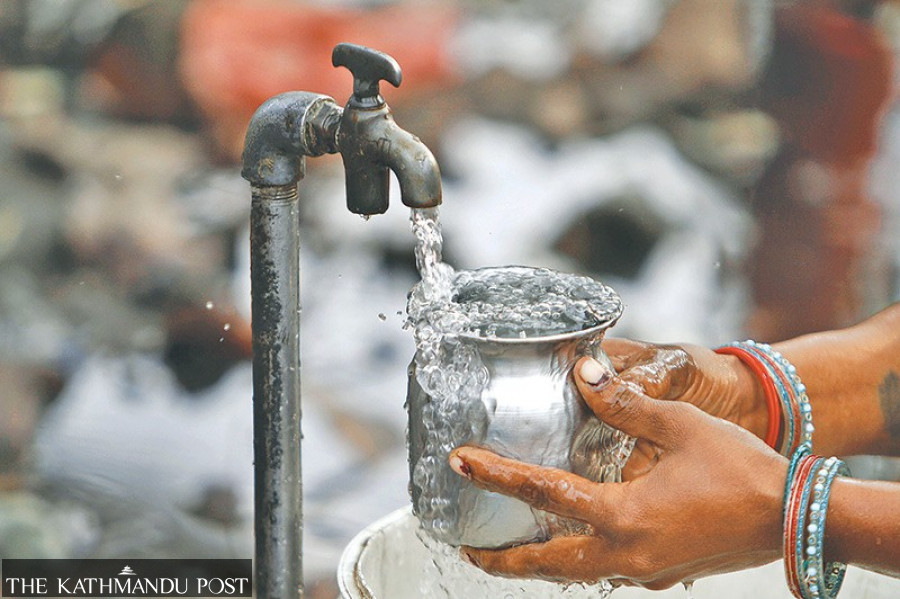 The division started collecting and examining water samples after cholera and diarrhoea cases were confirmed in different parts of Kathmandu Valley.

Water contaminated with microbes found in human faeces is not safe to drink, officials said.

“We have collected samples of drinking water from areas where people have tested positive for cholera,” Kaushal Subedi, an official at the Epidemiology and Disease Control Division, told the Post. “Samples included both bottled (jar) and tap water, which we found not safe for drinking directly.”

Since last Sunday, at least 12 people from various places in Kathmandu Valley, including Balaju, Bagbazar, Dillibazar, Sanepa, Kapan, Thankot, Khashibazar, Balkhu and Koteshwor, have tested positive for cholera, according to the division.

Vibrio cholera 01 Ogawa serotype has been confirmed in stool samples of all 12 individuals.

Cholera is a highly infectious disease that causes severe diarrhoea and vomiting, resulting in dehydration and can lead to death within a few hours if left untreated.

The World Health Organisation says cholera is a global threat to public health and an indicator of inequality and a lack of social development.

Drinking water supplied to households by the state-owned agency and private companies in jars has always been in question. However, cholera cases in such a number in such a brief period of time had not been reported in the past.

Experts wonder if the garbage strewn around the city for months could have also led to the rise in cholera cases as early as June. According to them, the other reason could be the rising cost of living, which may have forced people not to boil water before drinking.

With cholera cases reported from different pocket areas, there are concerns if the deadly pathogen has spread to other parts of the Valley as well.

The development so far, public health experts say, is alarming, as generally only one in 10 people who get infected with cholera develop severe symptoms such as watery diarrhoea and vomiting.

“One may not take the issue seriously, but what we should not forget is that failure to reach the hospital after getting infected with the bacteria can be fatal,” said Dr Rajiv Shakya, director at Patan Hospital. “So we should not underestimate the risk and must rush anyone with cholera-like symptoms to the hospital at the earliest.”

The Patan Hospital, which also reported cholera cases, said that around 20 diarrheal patients have been seeking treatment at the hospital every day.

The Ministry of Health and Population had sought help from the World Health Organisation to contain the spread. The Organisation provided oral cholera vaccines, which were administered to people of the disease-hit areas.

Due to poor sanitation and hygiene conditions, Nepal is highly vulnerable to water-borne diseases like diarrhoea, dysentery, typhoid, hepatitis and cholera, with thousands of people getting infected every year.

The chances of spread of waterborne diseases are also high during the monsoon, which has already entered Nepal.

According to the Health Ministry’s data from the last fiscal year, for every 1,000 children under five years of age, 349 suffered from diarrhoeal diseases.

Public health experts warn that chances of disease outbreaks not only of cholera but also dysentery, typhoid and hepatitis A and E, among others, are high due to poor hygiene and contaminated water.

“All of us are vulnerable to waterborne diseases, as the water we use for drinking is not safe,” said Shree Krishna Bhatta, a public health expert, who is also former president of Nepal Public Health Association. “Until and unless authorities concerned ensure safe drinking water for all, problems of waterborne diseases will continue.”

The Kathmandu Upatyaka Khanepani Limited, which supplies water to households in the Valley, has yet to replace some of the decades-old supply lines. This, experts say, gives rise to chances of water getting contaminated.

After reports of cholera cases from some parts of Lalitpur, the Lalitpur Metropolitan City on Sunday announced that it would not allow street food vendors, especially those selling panipuri and chatpate, from Monday. The decision, however, has been met with criticism, with some saying such a blanket ban could rob these vendors of their livelihoods. Panipuri and chatpate are spicy snacks which are not considered hygienic, but they are extremely popular among the youth.

The World Health Organisation says a multifaceted approach is key to controlling cholera and reducing deaths.

Doctors say launching awareness drives and ensuring safe drinking water are the only ways to save people from dying of water-borne diseases, including cholera.

A combination of careful survey, ensuring safe drinking water, maintaining sanitation and hygiene, social mobilisation, and treatment is required to contain the spread of the infection, according to doctors.

“People themselves should take precautionary measures—avoid drinking water without confirming that it is safe or drink water only after boiling and maintain hygiene,” said Bhatta. “Authorities concerned must take measures to ensure safe drinking water.”