Those above 60, immunocompromised, health workers to get second booster shots

Elderly people above 60 years old, people with compromised immunity, and health workers will get second booster shots for Covid soon, as the Ministry of Health and Population has started preparations for the same. 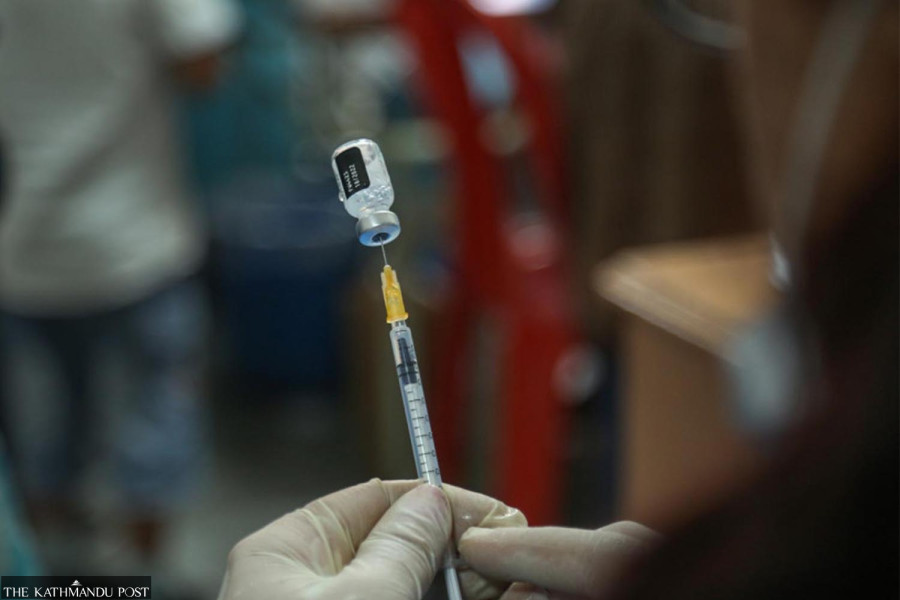 “We have started preparations to administer second booster shots to a certain group of people,” said Dr Dipendra Raman Singh, director general at the Department of Health Services. “As the group (people above 60 years old, the immunocompromised, and health workers) is not very big, we will not have any problems giving them second booster doses.”

Nepal started administering first booster shots in January prior to the WHO SAGE’s formal decision on the same. Booster shots were provided to frontline workers including health workers, journalists, and bureaucrats in the initial stage, which was later extended to all above 12 years old.

Studies show immunity level gained from immunisation or natural infection wanes over the period. Experts stressed providing second booster shots to those, who had taken their first booster shots six months ago.

The experts’ meeting had agreed to wait for WHO SAGE’s recommendation to start second booster shots.

And the WHO SAGE meeting held on August 18 has supported the administration of second booster shots to certain groups including elderly people, officials said.

“As effectiveness declines, older adults and people with comorbidities continue to be at greatest risk of morbidity and mortality due to the Omicron variant; even a minor decrease in vaccine effectiveness in such vulnerable persons will translate into a rise in severe disease and deaths,” reads the WHO SAGE statement. “This guidance pertains to the need for a second booster dose to restore vaccine effectiveness in the context of Omicron.”

Officials said that Nepal will not have to purchase vaccine doses for second booster shots as the country is yet to receive millions of doses of vaccine offered by the COVAX facility, the United Nations-backed international vaccine-sharing scheme.

So far, 7,788,884 people or around 26.7 percent of Nepal’s total population have been boosted. Despite the repeated appeals by the health agencies, uptake of booster shots has not increased significantly.

Experts say vaccination is the only reliable way to prevent severity and deaths from coronavirus infections and suggest administering second booster shots to the elderly population and those with comorbid conditions who were administered the first booster shots some six months ago.

Active cases stand at 2,473 in the country as of Thursday.