Voters of parties in the alliance will have a tough time finding the poll symbols and remembering which party has fielded candidates for which positions. 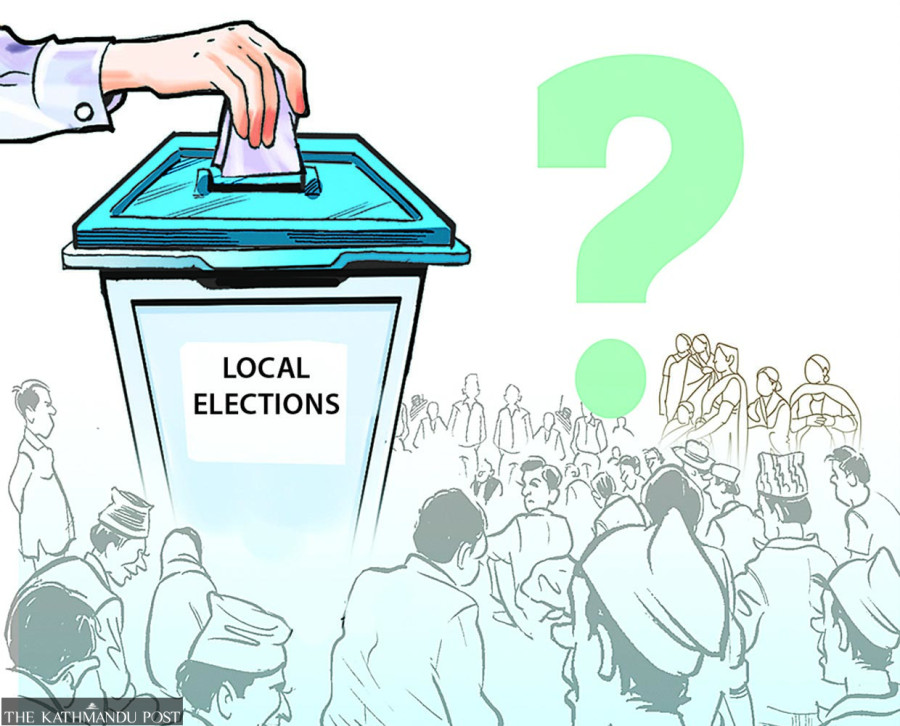 The ruling party has just started preparing its manifesto while it has already decided to form an electoral alliance with four other parties and works have begun to select the candidates for the polls. Not just the Congress, none of the parties has readied their manifesto although they have already started working on their election strategies.

While election manifestos are considered important for any elections, parties have not given them high priority. “Preparing election manifesto has been limited to a ritual,” Meena Vaidya Malla, a professor and former head of the Department of Political Science at the Tribhuvan University, told the Post. “In principle, preparation of the election manifestos should have been the top priority for the parties.”

The election manifesto, according to political experts, is a list of commitments and visions of a political party explaining to eligible voters why they should vote for that particular party. In an informed society, the people compare the commitments of competing parties before deciding whom to vote for. It also helps the voters to analyse what were the commitments in the previous elections and how much of them have been realised, they say.

The four ruling parties plus the Rastriaya Janamorcha have decided to contest the May 13 elections under an alliance, and they will field candidates through understandings reached between them—which will mean the parties have to support each other’s candidates to ensure their victory. They on Tuesday formed an election preparation and monitoring committee led by Nepali Congress senior leader Ram Chandra Poudel to facilitate in picking candidates and ensuring the coalition remains intact throughout the country. However, the parties in the alliance will have separate manifestos.

“We will have a separate manifesto,” Krishna Bahadur Mahara, the Maoist Centre spokesperson, told the Post. “All the parties in the ruling alliance have formed their own committees to prepare their manifestos.”

People generally vote for parties based on their manifestos but the ruling parties despite fielding common candidates will come up with different manifestos with different goals. For instance, communism is the final goal of the Maoist Centre while socialism is the ultimate goal of Congress.

As they prepare to contest the polls as an alliance, they will divide local government positions including mayors, deputy mayors, chairs, vice-chairs, ward chairs and members among the partner parties.

Political experts say, in a democracy parties are free to forge alliances, but as the five ruling parties have different ideologies and goals, voters could find it tricky to choose their favourite candidates.

They also say forming alliances shouldn’t be confined just to winning the elections and serving the petty party and personal interests. “However, what we have seen is that the intention of forging alliances is mainly to win the elections rather than serve the public,” said Malla.

Observers say voting will be tricky also because the Election Commission will prepare ballot papers with election symbols of all the parties in the alliance even though some of the parties will not have their candidates in fray at a particular local unit.

The voting process will be complex as voters willing to vote for candidates in the alliance will have a tough time as they will have to find the election symbols of all the parties and remember which party has fielded candidates for which position, according Pradip Pokharel, chairperson of the Election Observation Committee Nepal.

“This could also increase the number of invalid votes because voters might cast votes for the parties that don’t have candidates in the respective positions,” he told the Post.

The commission last month had asked fringe parties to present their reports detailing the local units where they have party structures and plan to field candidates for the local elections.

“Even if there are no candidates, the ballot papers will have the election symbols of all the national parties in all local units,” Shaligram Sharma Poudel, spokesperson for the commission, told the Post.

While the commission has already started publishing ballot papers, ruling parties have yet to share the candidates at the local level.

Puranjan Acharya, a political commentator and Congress member, said it was wrong for the party headquarters to take decisions on local alliances.

“The parties should have allowed their subordinate committees at the local level to decide whether they want alliance or contest the elections alone,” Acharya told the Post. “The parties have made it a high-profile contest which is wrong.”

Acharya also claimed that the parties have reduced the manifesto drafting work to a mere ritual by not involving their local committees in the work.

If the parties really wanted to have a good manifesto with a clear vision for development, they would not have drafted it at the centre, he said.

“The manifesto is prepared by one set of people, presented to voters by a different set, and the candidates contest the elections by making commitments sometimes contradicting the manifestoes. This happens because the local governments are not consulted in the manifesto-drafting process,” said Acharya.