KATHMANDU: If you are scared of forests, you might miss the diversity it boasts, that is what the Food Agriculture Organization’s video on the World Forest Day shows.

“The forests can seem scary,” the video starts with a little girl wandering in the night, all by herself. Then a butterfly flies past her and things change. “Look closer…you will see the beauty…see the wonder…discover the many treasures they hold…the life they sustain,” the video shows.

The little girl in the video transforms into a woman who cherishes forests. The video concludes with this year’s theme, “Learn to Love Forests.”

In Nepal, forests cover 44.74 percent of the country’s total area, according to the Ministry of Forest and Environment. These forests not just provide habitat for wildlife, it also to safeguard livelihood means. The conservation of forests is also crucial to achieving the 17 Sustainable Development Goals.

Here are some facts about forests in Nepal:

But there also are alarming facts: 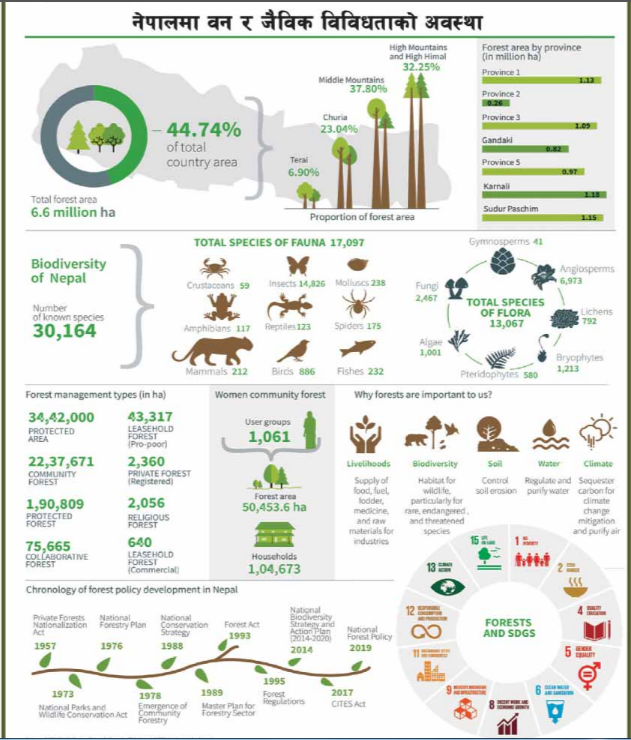