Advertising agencies have asked the Nepal Rastra Bank to provide them international cards worth upto $5,000 to pay for advertisements on social media through the formal banking channel, officials at central bank and industry representatives said. 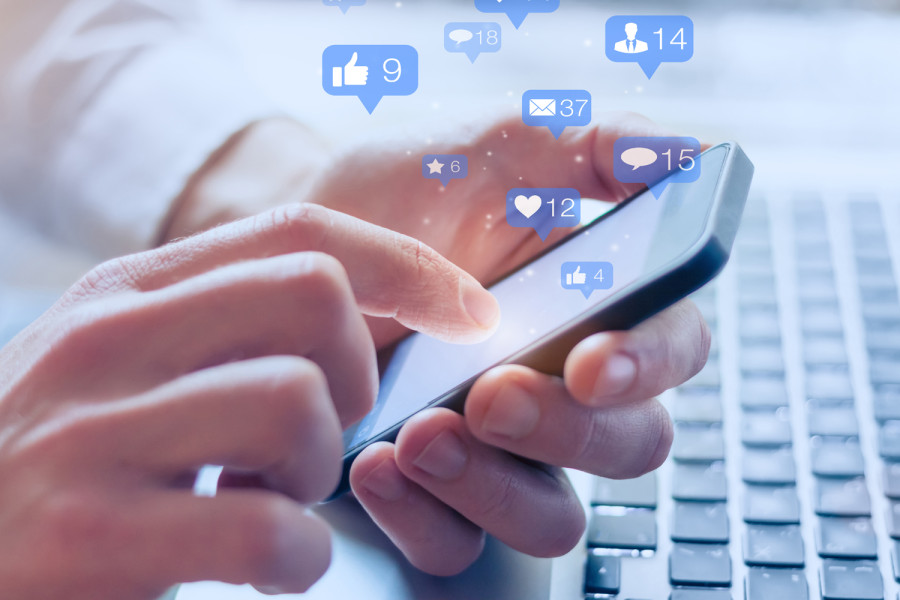 The request comes a few days after the central bank issued a notice saying that any payment made for advertisements on social media such as Facebook, Twitter and Youtube outside of the formal banking system would be deemed illegal and punishable as per the Foreign Exchange Regulation Act.

“We received a recommendation from the Advertising Association of Nepal for making provisions to provide them US dollar cards worth up to $5,000 to ease payments for social media advertisements,” said Guru Prasad Poudel, director at the foreign exchange management department of the central bank.

Nepal’s commercial banks are currently allowed to provide foreign currency exchange of upto $3,000 to ‘service importers’. The figure, however, can go upto $10,000 based on a recommendation from the regulator of the sector concerned. For making payments higher than $10,000, the approval of the central bank is mandatory.

“If we are issued cards up to $5,000, it will help the advertising agencies make payments easily,” said Som Prasad Dhital, senior vice-president of Advertising Association of Nepal. “We will pay social media companies for ads and also pay to the government VAT (value added tax) and tax deducted at source (TDS),” added Dhital. “Once an agency runs out of balance on the card, it can apply to the bank to get it recharged.”

While social media ads cannot be paid for using domestic credit and debit cards, Nepali advertisers are using informal channels to do so, representatives from the central bank, commercial banks and advertising agencies admit.

Some agencies say they make payments through friends and relatives abroad, others say Nepali residents who obtain dollar cards for international travel help them out. There are also those that pay Indian ad agencies to do the job.

According to Poudel, the advertising association could be assigned to work as the recommending body to the central bank to provide the dollar card facility to ad agencies.“Currently, we don’t have an agency that has data on expenditures on social media. We (the association) want to monitor it and make recommendations to the central bank when it comes to foreign exchange facilities,” he said.

Poudel said that the central bank was open to providing foreign exchange facilities without risking the shortage of dollars for importing vital products and services. The bank plans to roll out new provisions soon, either through the monetary policy review or circular, according to Poudel.

However, the bank has not received recommendations from the CAN (Computer Association of Nepal) Federation regarding how to route international payments being made by various IT companies to the banking channel. Website developers also have to pay for space on the web.

The central bank is also concerned about the growing procurement of foreign digital content and its impact on the country’s foreign exchange reserves. “As a growing number of people have access to smartphones and the internet, they are also paying for various digital contents such as movies,” said Poudel. “If a large number of people make such payments, a large amount of foreign exchange goes outside,” he said. “So, there is a need for certain regulation on this part too.”