As much as $3 million was supposed to be spent in cash distribution.

Plan International Nepal, an American international non-governmental organisation working in Nepal, had a tough time convincing its donors to be allowed to divert the fund meant for cash transfer to Covid-19-affected poor people for the use in relief materials after the government refused to entertain the idea of cash transfer. 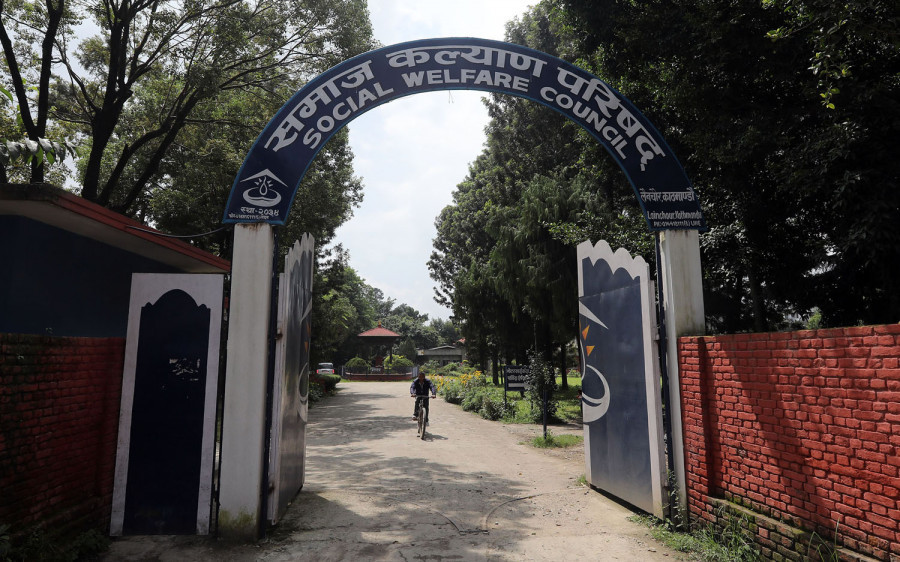 As much as 75 percent of its nearly Rs100 million fund it had collected through various charities across the world was supposed to be used for cash transfer and the rest for distribution of goods related to health care, according to the Social Welfare Council, the government agency that monitors the activities of non-governmental organisations.

But by introducing standards on relief distribution in April, the government prioritised distribution of goods instead of cash, considering that people won’t be able to go to the market during the lockdown and that relief should be distributed through local governments.

“We had collected the fund for distributing cash to the vulnerable people but we had to make much effort to convince our donors about the Nepali government’s policy,” a senior staff member of Plan International Nepal told the Post, on condition of anonymity. “It took several months to get approval from the donors to divert the fund into relief distribution.”

After getting the approval from its donors, it again submitted the proposal to the Social Welfare Council, for programme approval which was approved in September.

Many other foreign NGOs had also planned to distribute cash to the vulnerable people hit by the pandemic before the government clamped down on the plan.

World Vision International, Nepal, for instance, had planned to distribute around $500,000 in cash. It used the amount in food distribution and agriculture inputs after the government refused to entertain the idea of cash transfer.

“We could change the approach of supporting the poor people badly affected by the Covid-19 pandemic because our donors allowed us to do so,” said James Ginting, national director of the World Vision International, Nepal.

“If the donors don’t agree, there remains the possibility of such money of being repatriated,” said Shiva Poudel, a policy analyst at the Association of International NGOs in Nepal, a grouping of foreign NGOs in Nepal, told the Post in a recent interview.

According to Ginting, who is also vice-chairperson of the association, as much as $3 million was supposed to be spent in cash transfer before the government refused to entertain the idea. International NGOs adopt the modality of cash transfer in emergency situations.

“We had collected the funds for cash transfer during the lockdown as there was hardly any mobility of people and it was to distribute the goods to the people,” the senior staff of Plan International Nepal said.

“We abandoned the plan and spent money in food distribution including for daily wage workers in Kathmandu, poor people in other districts and nutritious food supplements for pregnant women,” Mahesh Badal, livelihood coordinator of the organisation, told the Post.

The Association of International NGOs in Nepal and NGO Federation of Nepal, in a joint letter addressed to Finance Secretary Sishir Kumar Dhungana on April 27, had requested the government to consider the cash transfer option within the government relief standards for unorganised sector workers and destitutes, citing several benefits of cash transfer.

Among the benefits that the joint letter cited were the freedom people and families would get to buy the food of their choice, thus making them feel more dignified and valued as rights-holders.

The measure would also keep small and medium scale enterprises afloat and thus save the local economy.

“There is a high chance the bulk procurement of food items can threaten many small and medium scale businesses,” the letter adds. “Vulnerable people do not just need to eat—access to cash allows them to respond to the wide range of issues that arise at the household level.”

As there is no longer a lockdown, the government considers that cash distribution has no significant value.

Puskhar Khati, member secretary of the Social Welfare Council, said there is currently no need to distribute cash. There is no situation of emergency and people’s mobility is not restricted.

“There was some valid argument in favour of cash distribution when there was lockdown,” he said.

International non-governmental organisations said that cash distribution could not be pushed ahead due to the divergent views of the donors too.

“Some donors agree to the government’s view that cash distribution results in corruption while other donors consider it as a part of a social protection scheme that the government has been implementing,” said Ginting.