BARA, Nepal Oil Corporation (NOC) has started supplying diesel to sellers in Bhairahawa and Biratnagar from its Amlekhgunj depot, following the operation of the Motihari-Amlekhgunj petroleum pipeline. 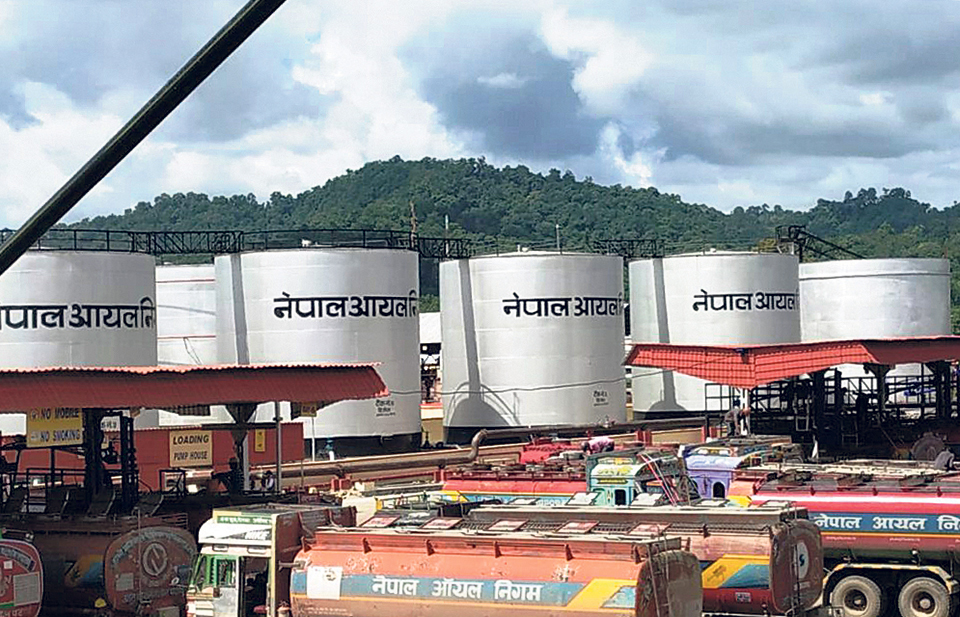 Prior to this, the NOC had been supplying diesel in Bhairahawa and Biratnagar from Indian Oil Corporation’s (IOC)’s depots situated in Varanasi of India’s Uttar Pradesh and Barauni of Bihar.

According to the officials of NOC, the cost of supplying diesel by loading tankers at Amlekhgunj depot, where the diesel is supplied through the Motihari-Amlekhgunj petroleum pipeline, is cheaper than to transporting diesel from India through tankers.

“The distance from Amlekhgunj depot to Biratnagar and Bhairahawa is shorter than the IOC depots at Barauni and Varanasi,” said Pradip Yadav, chief of the NOC Amlekhgunj depot, “The transportation cost while supplying petroleum products from Indian depots is higher. It saves us a great deal of money to supply from Amlekhgunj.”

Yadav said that the NOC has been supplying 3.3 million liters to different NOC depots across the country on daily basis brought to Amlekhgunj through the pipeline.

He said more than 150 tankers are needed for the transportation of diesel to different depots located at different parts of the country from Amlekhgunj depot.

Amlekhgunj depot has the capacity to store 20.4 million liters of diesel and the diesel that comes through the pipeline is stored here, Yadav added. Total national consumption of diesel can go up to 6 million liters a day.

Indian Prime Minister Modi, during his visit to Nepal in 2014, had announced the construction of the pipeline under Indian grant assistance.

After the announcement by Modi, Sunil Bahadur Thapa, the then commerce and supplies minister of Nepal, and Dharmendra Pradhan, state minster of India for petroleum and natural gas, signed an agreement to complete the construction of Raxaul-Amlekhgunj petroleum pipeline on August 24, 2015.

The supply of petroleum products from Raxaul to Amlekhgunj has curbed the problem of traffic jams caused by tankers carrying oil in the Birgunj-Pathlaiya road section, leakage, and adulteration