The death toll from the coronavirus epidemic in mainland China soared past 1,000 on Tuesday with a record daily rise in fatalities, although the number of new confirmed cases fell. 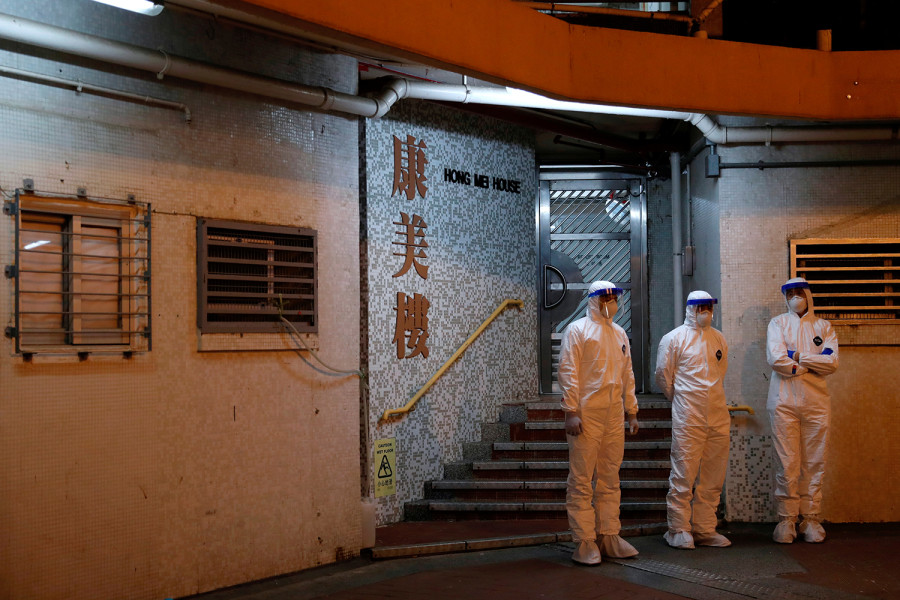 Another 108 new coronavirus deaths were reported, a daily record, bringing the total number of people killed in the country to 1,016, the National Health Commission said.

It was the second time in the past two weeks that authorities recorded a daily drop in new cases, but the World Health Organization (WHO) has cautioned the spread of cases outside of China could be “the spark that becomes a bigger fire”, warning the human race must not let the epidemic get out of control.

There are 319 cases in 24 other countries and territories, according to WHO and Chinese health officials. So far only two deaths have been reported outside mainland China, in Hong Kong and the Philippines.

The Diamond Princess cruise ship with 3,700 passengers and crew remained quarantined in the Japanese port of Yokohama, with 65 more cases detected, taking the number of confirmed cases from the Carnival Corp-owned vessel to 135.

Thailand said on Tuesday it had barred passengers from Holland America’s cruise ship MS Westerdam from disembarking, the latest country to turn it away amid fears of the coronavirus despite no confirmed infections aboard.

The company, owned by Miami-based Carnival Corp, had said passengers would disembark in Bangkok on Feb. 13 and that there was no reason to believe anybody aboard had the virus.

The Westerdam, with a reported 1,455 passengers and 802 crew, has already been turned away from several countries, including Japan, the Philippines and Thailand.

China’s Hubei province, the epicenter of the outbreak, reported 2,097 new cases and 103 new deaths on Feb. 10, the local health authority said on Tuesday.

More people died from the disease on Monday than any other day since the flu-like virus emerged from a wildlife market in the Hubei provincial capital Wuhan in December.

The number of reported cases however fell almost 20% compared to the previous day.

Wu Fan, vice-dean of Shanghai Fudan University Medical school, said there was hope of a turning point in the outbreak, although other experts say there are still too many uncertainties around infection rates to say whether the virus had peaked.

WHO chief Tedros Adhanom Ghebreyesus said there had been “concerning instances” of transmission from people who had not been to China. “It could be the spark that becomes a bigger fire,” Ghebreyesus told reporters in Geneva.

An advance team of international WHO experts arrived in China to investigate the outbreak. Its death toll has now surpassed that of Severe Acute Respiratory Syndrome (SARS), which killed hundreds worldwide in 2002/2003.

China firms battle virus
The coronavirus outbreak could trim China’s full-year economic growth rate by as much as 1 percentage point in 2020, a senior member of a Chinese government think tank said in comments published on Tuesday.

While China has lowered interest rates and boosted liquidity to help buttress the world’s second-biggest economy from the impact of the virus, analysts fear a prolonged disruption could have negative consequences for global growth.

“The coronavirus outbreak completely changed the dynamics of the Chinese economy,” JPMorgan analysts said in a note to clients as they again downgraded forecasts for Chinese growth this quarter.

Asian share markets followed Wall Street higher on Tuesday even as doubts grew about how quickly China’s factories could get back to work after the extended Lunar New Year break.

Hubei, the province of 60 million people hardest hit by the outbreak, remains in virtual lockdown, with its train stations and airports shut and roads sealed.

British Airways canceled all its flights to mainland China until the end of March, while Philippine airlines canceled flights to Taiwan after the government expanded a travel ban to include all foreigners from the island.