26 percent of children under five years old missed out on the life-saving vaccine, which child health experts say is an alarming trend. 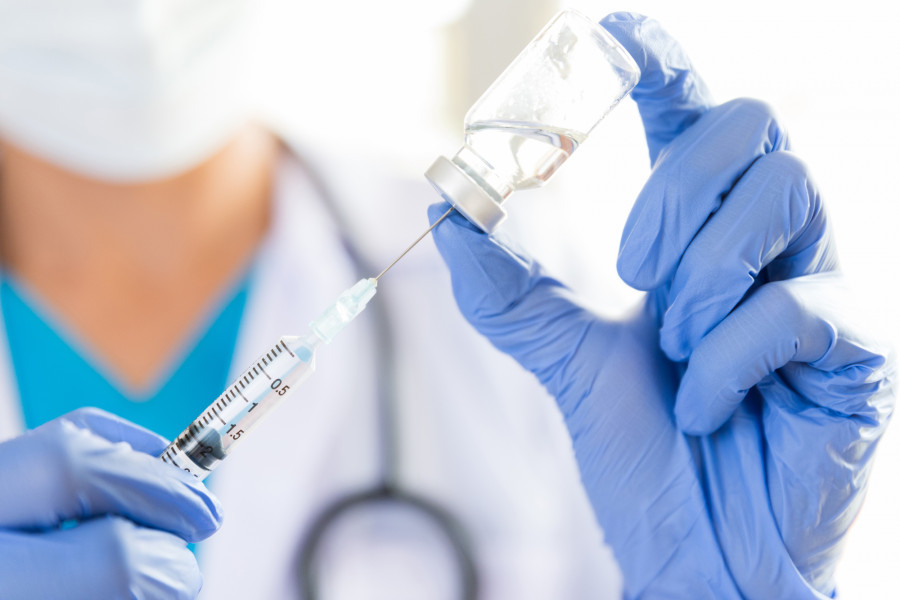 Twenty-six percent children under five years of age in Bagmati Province missed out on the measles-rubella vaccine campaign launched this year. It is the lowest coverage compared to other provinces across the country, according to the Immunisation Section of the Family Welfare Division under the Department of Health Services.

The data shows that only 74 percent of children in the Bagmati Provinces were immunised against measles and rubella.

The Ministry of Health and Population had launched a nationwide vaccination campaign in two phases—from February 13 to March 13 and from March 14 to April 14—to immunise the children who had missed out during regular immunisation.

The first phase of the campaign was launched in provinces 1, 2 and 5 and the second phase in Bagmati Province, Gandaki Province, Karnali Province and Sudurpaschim Province. But due to the lockdown following Covid-19 pandemic, the campaign was disrupted in several districts and concluded later.

“Fear of being exposed to coronavirus infection, floating population. restriction in public movement, failure to launch awareness drives along with the campaign are some of the factors that led to low coverage in Bagmati Province,” Dr Jhalak Sharma, chief of Immunisation Section, told the Post. “We are working to figure out other reasons for the low coverage rate.”

Measles and rubella are contagious viral diseases, which are transmitted through droplets from the nose, mouth or throat of infected persons.

Early symptoms, which usually appear 10-12 days after infection, include high fever, runny nose, bloodshot eyes and white tiny spots inside the mouth. Several days later, a rash develops on the face, upper neck and other parts of the body.

Child health experts say decline in vaccine coverage rate is alarming which could trigger the resurgence of the vaccine-preventable diseases in the country.

“Despite the epidemic, the government successfully launched the campaign, which is a good thing, but decline in the coverage rate is very much a cause for concern,” Dr Shyam Raj Upreti, former director at then Child Health Division, said. “The data shows how near we are in achieving the target. Independent study should be carried out to know the actual coverage rate.”

Experts say 134 coverage in Province-2 and over 100 percent coverage also shows flaws— either we had set low targets or there were problems in reporting.

Nepal had committed to eliminate the measles and rubella viruses by 2019 but due to inability to meet the target, the Health Ministry has revised its target for 2023. To meet the target, coverage of both regular immunisation and special campaigns should be 95 percent, which seems impossible in the existing context.

“The campaign was launched to cover the children missing the regular inoculation,” said Upreti. “But coverage in the campaign is also dismal, which is worrying.”

The World Health Organisation warned that if the immunisation services are disrupted, even for brief periods during emergencies, the risk of vaccine-preventable disease outbreaks, such as measles and polio, increases.

Measles outbreak was reported in several places including in Kathmandu Valley during the lockdown period. Some children also succumbed to the contagious disease in Dhading.

Measles was endemic in Nepal and on average, 90,000 cases were recorded every year between 1994 and 2004. The government launched a routine measles vaccination programme in the country in the late 1980s. Still, measles continues to stalk many children across the country.