Elephants are still dying at an alarming rate in Nepal

There is no elephant poaching but nearly two percent of the country’s elephants die every year, largely due to conflicts with humans.

Even as the world marked World Elephant Day on Monday, pledging to protect the endangered species, Nepal continues to lose its elephant population at a rate faster than any other country that is host to the Asian elephant species. 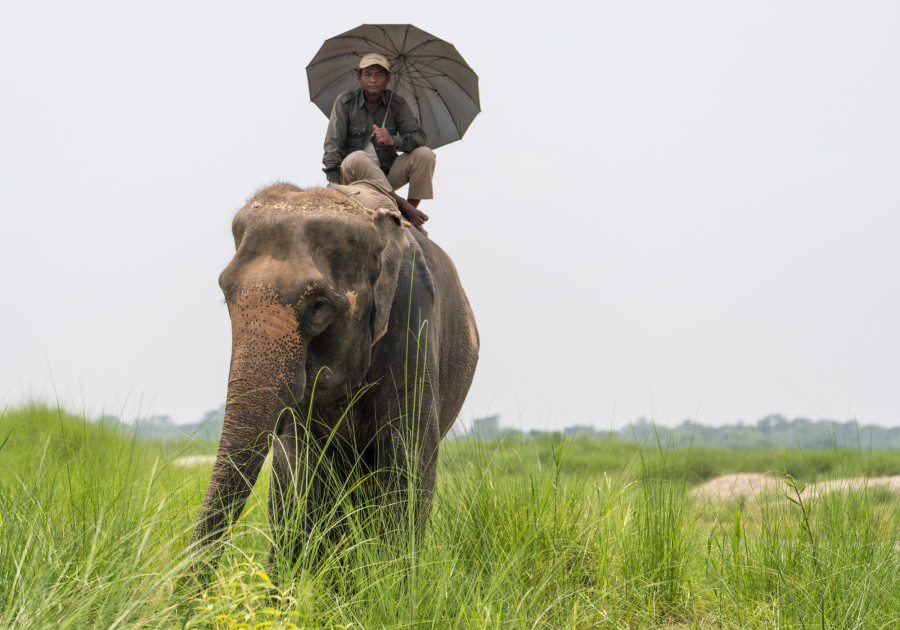 The country has an estimated population of 100 to 150 elephants, but every year, two to three elephants are killed in retaliatory actions by local communities, according to Dinesh Neupane, who has been studying elephants for over a decade.

On average, Nepal is losing two percent of its elephant population every year, he said.

“The number of annual deaths may seem small, but when we look at our population of elephants, it is alarming,” Neupane told the Post. “We have a small number of elephants and they tend to give birth slowly, just once in two years, and in small numbers. So the population is not getting replaced.”

In India, which has nearly 27,000 elephants, 200 die every year. Likewise, nearly 150 elephants are killed in Sri Lanka every year, where the population stands at 5,000.

What makes these deaths more dangerous is that these fatalities are not due to natural deaths or poaching. All these elephants die in retaliatory acts: when locals shoot elephants that have strayed into their property. Elephants are also electrocuted to death in electric fencing that locals put up to keep them away.

“We have almost no elephant poaching incidents, which is a problem in India and some African countries,” Neupane said. “Therefore, all these deaths are because of the negative interactions between elephants and humans.”

These ‘negative interactions’, or human-elephant conflicts, are a major concern for elephant conservationists in the Tarai. Migratory herds from India also enter the Nepali plains, primarily in the east.

Conflict between humans and elephants, which take place once the animals enter human settlements, not only result in their deaths but also of humans.

Ten to twelve persons are killed every year in such conflict, with the loss of properties amounting to millions of rupees. Most of these attacks take place at night, according to a study on the temporal and spatial patterns of human-elephant conflicts. Human-animal conflicts are a major concern for elephant conservationists in the Tarai.  Shutterstock

Nearly 40 percent of total human-wildlife related conflicts and 70 percent of human-wildlife related casualties involve elephants. More human casualties are reported in the winter whereas deaths of elephants are reported around June-July, shows the study, co-authored by Neupane, who is currently a researcher with the Resources Himalaya Foundation.

According to Neupane, the major threat to elephant conservation is habitat loss, which increases such conflicts, ultimately resulting in the loss of lives and properties.

“Only 5.4 percent of the elephant’s historical and native habitat remains in the country. Much of their natural habitat has been fragmented due to human settlements and agricultural farmlands. We’ve also damaged their historical migratory routes,” said Neupane. “We have 45 percent forest cover and six protected areas in the Tarai but the forest areas are not connected, forcing the elephants to pass via human settlements and agriculture land.”

Another study showed that land use and home use practices also play a part in human-elephant related conflicts. Farmlands with maize and rice are more likely to see incursion by elephants. A survey conducted among 1,200 households in 11 Tarai districts studied the relation between land use, household practices and the possibility of elephant-related conflicts. The survey showed that homes that produce alcohol were more likely to face such attacks.

According to the survey findings, one-third of the alcohol-producing households faced such attacks. They reported initial elephant advances on their kitchens.

Likewise, houses with bananas in their backyard were also more likely to be attacked whereas those with bamboo experienced fewer attacks.

According to Neupane, as human-elephant conflicts are trans-boundary issues, both Nepal and India should launch joint efforts to minimise such losses by engaging local communities in conservation, promote and upgrade mitigation measures, establish community orchards to keep elephants away from settlements and farmlands, and conduct a study of the carrying capacity of elephants in the country.

Elephants’ habitat in the country has been broadly divided into three major complexes: western, central and eastern.

Dinesh Bhuju, an academician with Nepal Academy of Science and Technology, said that approaches have so far been targeted towards either controlling the elephants or minimising the damage.

“We have always been very fond of elephants, but because of our deeds, this creature is disappearing,” said Bhuju, who is general secretary at the Resources Himalaya Foundation. “So far, all conservation and management plans are about confining them to protected areas. We have not been able to admit that we have encroached on their lands.”