Nepal’s readymade garment export hit a 13-year high in terms of value in the last fiscal year, thanks to the appreciation of the US dollar against the Nepali rupee and improvement in product quality. 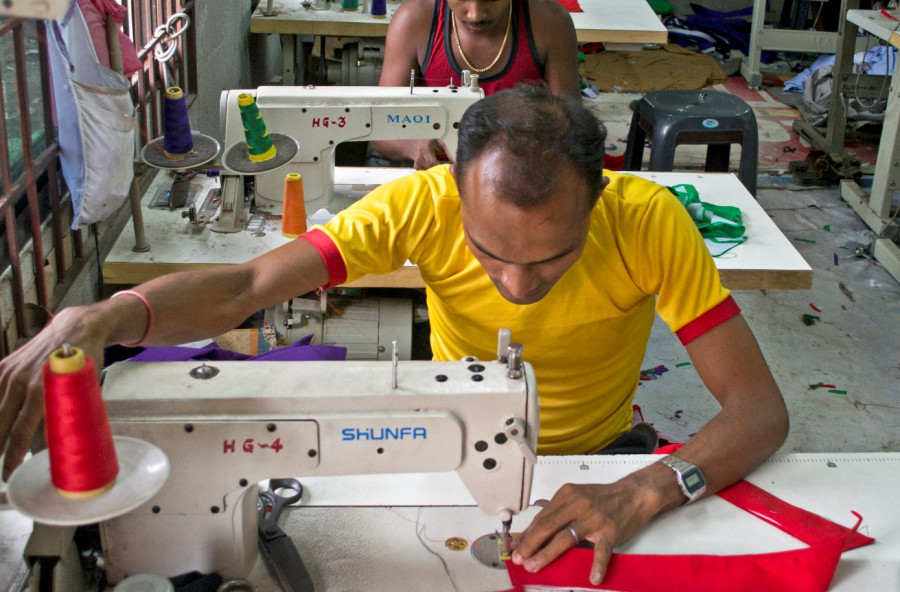 The Trade and Export Promotion Centre statistics show that the country exported readymade garment worth Rs6.34 billion in the last fiscal year that ended mid-July, against Rs5.97 billion in the previous fiscal year, up 6.53 percent.

Despite a sharp drop in quantity, the improvement in product quality allowed the export item to fetch good value, traders said.

“The increase in the US dollar against the Nepali rupee also contributed to increasing the export value of Nepali readymade garments,” said Chandi Prasad Aryal, president at the Garment Association of Nepal. “It’s not growth in quantity but growth in product quality,” he said.

Yagya Prasad Pokhrel, director of United Fashion and Knitting Industry, said that improvement in the quality of readymade garments contributed to increasing the value of Nepali products abroad.

Export of Nepal’s readymade garment — once the most sought after product in foreign markets — used to earn the largest chunk of foreign currency but earnings plunged after manufacturers cut back on quality due to unhealthy competition.

“Nowadays, manufacturers are focusing on improving the quality of readymade garments and incorporating designs as per the needs of the overseas markets,” said Pokhrel. “But despite fetching good value for their products, the industry is still struggling due to the increase in labour cost and raw material.”

Aryal said that loyal buyers have increased orders due to the rise in quality. “We are expecting orders to increase gradually.”

During 2000, Nepali garment manufacturers used to export products worth Rs12 billion annually but exports started to collapse after the Multi Fibre Agreement expired in January 2005 that used to provide duty-free access for Nepali garments to the US.

According to a report, fierce competition in the global textiles and clothing market unleashed by the expiry of the World Trade Organisation’s Agreement on Textiles and Clothing on December 31, 2004 had adversely affected Nepal’s ready-made garment industry, which ranked among the two top export products of the country at that time.

While Nepal’s garment exports started declining after 2001 due to the impact of domestic conflict, the adverse international climate following the 9/11 attacks and the global abolition of textiles and clothing quotas almost bought the industry to the brink of collapse. Export earnings declined by an annual rate of 14.2 percent between 2000 and 2007, and by 21.2 percent from 2005 to 2007, the report said. In the US market, earnings declined by 18.5 percent and 28.4 percent, respectively, during the two periods.

According to the association, before the agreement expired, the country used to provide jobs to 500,000 people. More than 85 percent of the garment factories including major manufacturers have shut down since then.

Pokhrel said the government needs to provide export incentives for the industry to regain its lost global market share.