KATHMANDU, The government has issued the survey license for 1,061 MW Upper Arun Hydroelectricity Project, a peaking run of river power project situated in the eastern mountainous district of Sankhuwasabha. 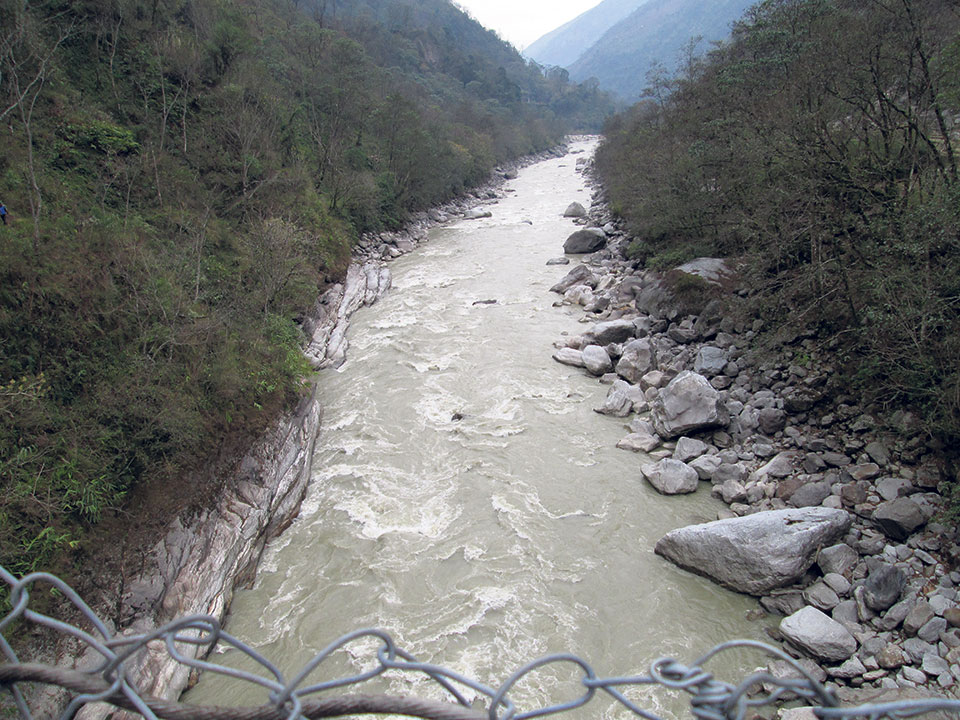 The validity of the license issued by the Ministry of Energy, Water Resources, and Irrigation will be of two years. The project is fully owned by Nepal Electricity Authority (NEA).

Detailed study of the project is taking place that is being carried out with subsidized loan from the World Bank.

The government had decided to construct the project through the NEA by maintaining its ownership in the construction. The company had submitted an application to the Department of Electricity Development for license in March 2017.

The way for the issuance of license was cleared after a cabinet meeting agreed to let the construction take place through NEA’s assistant company.

Kulman Ghising, managing director of NEA, said that the project should be kept in priority and should be taken ahead as a ‘game changer project’.

“The largest project that is being constructed by the NEA having 4-digit production capacity has 49% share from the public. The rest comes through subsidized loans from the World Bank, European Investment Bank, along with investments from national financial institutions like Employees Provident Fund, and Citizen Investment Trust.”

“The project will be constructed after the financial closure. We are working with an aim of starting the construction within a year,” Ghising added. He informed that the World Bank has shown commitment to invest between Rs 400 million to Rs 500 million for the project. The estimated cost of the project is Rs 120 billion ($1.20 billion).

According the study, the project will generate 4.47 billion units of energy (4,478 Gwh). Of the total generation, 28% will be produced in winter.

The NEA has aimed to prepare the detailed project report and tender document by February 2020 and complete the construction of the project by 2026.

The electricity generated from the Upper Arun Hydroelectricity Project will be connected to the national grid through a substation located at Shittalpati of Khadbari Municipality through 40-kilometer-long 400 KV double circuit transmission line.