KATHMANDU: The Ministry of Labor, Employment and Social Security is planning to provide employment opportunity to 60,000 unemployed youths for 100 days under the Prime Minister Employment Program (PMEP). 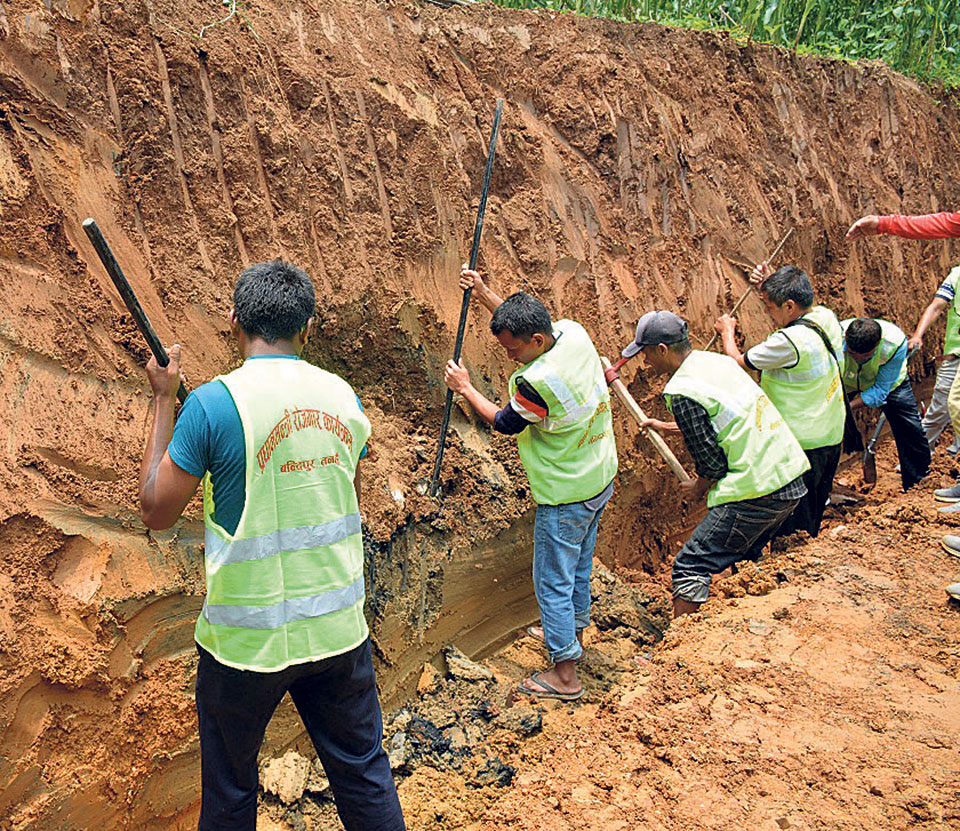 Unveiling its three-month action plan on Tuesday, the ministry stated that a total of Rs 5.01 billion has been set aside for the program in the current fiscal year.

Prakash Dahal, a joint secretary at the ministry, said that 70% of the total allocation will be spent on wages, while 30% will be spent to procure construction materials and security appliances. "If we fail to provide them job opportunity for 100 days, the remaining amount will be paid as subsistence allowance as per the existing provisions."

Dahal said that the ministry was preparing to mobilize unemployed youths in such a way that there will be no room for any criticism. He further added that weaknesses were witnessed last year due to lack of preparation for the newly-introduced program.

The ministry has directed the local units to send a list of work to be performed by the employees under the program. "Since the budget will be sent based on demands, we are expecting quality works this year," he added.

Similarly, the ministry is also preparing to put in place an effective mechanism for monitoring of the program. Likewise, a study will be conducted in order to explore the areas of employment in all seven provinces, according to Dahal.

Conducting a tripartite social dialogue along industrial corridors, and monitoring the implementation of various laws, including child labor, occupational security, and health and payment of minimum wages and others related to labor sector, has also been included in the action plan.

The government introduced the PMEP on February 13, 2019.

According to the program, a jobless Nepali citizen will be entitled to a minimum wage of 100 days in a fiscal year as subsistence allowance. The unemployed person will get vocational and skill-orientated training along with employment-related information.

The government allocated over Rs 3.10 billion for this program last year.