Nothing seems to be going right for the victims of the 2015 earthquakes in Makwanpur, whose homes were wrecked and life as they have known it taken from them.

The victims have now come to learn what it is like to be governed by an excruciatingly inept administration the hard way, as thousands still await the grant promised by the government to rebuild their houses.

More than 8,000 victims who are listed as beneficiaries of the grant are yet to even sign the grant agreement with the government. 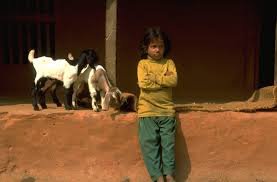 However, only 51 beneficiaries have received the second instalment in the district so far.