In Province 2, people are getting electrocuted to death—at a rate of one every day

In January, a bus carrying 35 people was returning from a marriage ceremony when it touched a high tension wire hanging off a pole in Sabaila, Dhanusha. The current transmitted to the bus, electrocuting six passengers to death and leaving several others injured and unconscious. 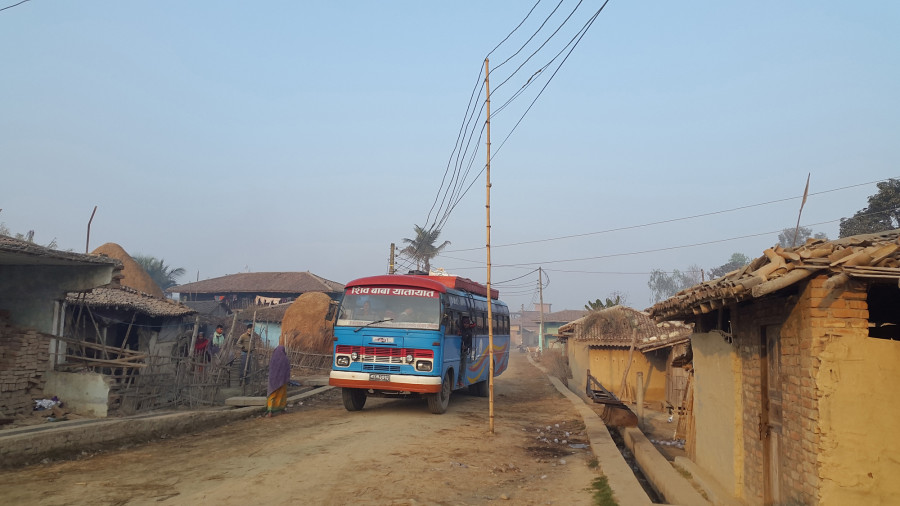 That same week, in Kuwarampur, Janakpur, two people died when they were attempting to traverse an under-construction section of the road and their feet touched a naked wire on the ground.

In Sabaila and Kuwarampur, locals had filed reports with the Nepal Electricity Authority regarding the loose wires. It was only after people started dying did the authority finally take heed of the complaints and took care of the live wires.

Naked wires are fairly common across Province 2, especially in Dhanusha and Janakpur, say locals. Only last year, in July 23, two people—36-year-old Narendra Chaudhary and 14-year-old Sunita Mandal—were electrocuted when they switched on their electric lamps at home in Basantapur of Haripurwa Municipality in Sarlahi. An exceedingly high-voltage current was the reason for their deaths.

Diplal Raya, ward chairman of Kabilasi Municipality-1, Sarlahi, said that loose cables hanging from utility poles are another common sight in the village. “A majority of these utility poles were installed around two decades ago. The lack of upkeep of these poles has led to many accidents here,” said Raya. “The poles are in immediate need of either replacement or repair.”

Matrika Yadav, the federal industry, commerce and supplies minister, is from Dhanusha and said he is well aware of the problem in his constituency.

“We are investigating as to why there are wires hanging from electricity poles in many places,” Yadav said at a public programme after the Sabaila incident. “Many electricity poles stand in poor condition.” It’s been over six months since Yadav made those statements, but little has been done so far.

However, Pradeep Kandel, chief district officer of Dhanusha, said that he has employed three engineers to survey Dhanusha’s electric supply.

“Electricity wires are unmanaged and accidents are on the rise,” Kandel said. “The Nepal Electricity Authority has been ordered to replace old poles and manage the wiring.”

A year ago, two people in Haripurwa Municipality in Sarlahi were electrocuted after a high tension wire from a utility pole snapped and fell onto the roof of a house. The victims’ families received compensation from the Nepal Electricity Authority only after six months.

According to the Nepal Electricity Authority in Janakpur, it provides Rs 200,000 in compensation to victims’ families and also bears the medical expenses of victims in case of injuries.

According to Jitendra Sonal, Province 2 minister for physical infrastructure, the Nepal Electricity Authority is a federal entity and the provincial government has little authority over it.

“We have been asking the government and the electricity authority to resolve the problem of unmanaged wires and utility poles,” said Sonal. “We will not tolerate any negligence, as their carelessness has already taken far too many lives."

About six months ago, an irate Shrawan Kumar Dev, a Janakpur local, took to Facebook to vent his frustration about sub-par electricity services in Janakpur. Dev said that electricity supply was intermittent with constant fluctuations in power, as many as a dozen times in an hour.

“I have not been able to sleep a wink in Janakpur for the past six months, thanks to the city’s electricity service,” Dev wrote in the post. “Why does nobody care? The city is home to the chief minister and ministers and still the electricity service is terrible.”