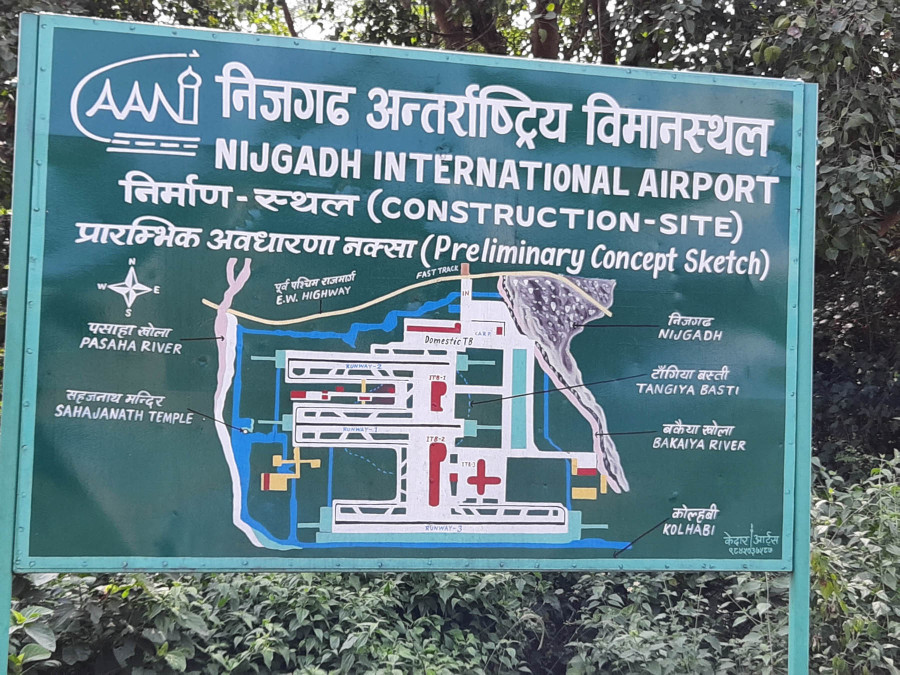 The inter-agency project coordination and facilitation committee headed by Tourism Minister Yogesh Bhattarai on Tuesday told the board to seek confirmation from the winning bidder by September-end.

The proposed airport in Bara, slated to become the largest airport in terms of area in South Asia, has been embroiled in controversy over its environmental impacts.

After the Supreme Court ordered a halt to felling trees at the construction site last December, Zurich Airport asked for an extension to its March 1 deadline to submit a business proposal.

Tourism Ministry spokesperson Kamal Prasad Bhattarai told the Post that Tuesday’s meeting decided to ask Investment Board Nepal to confirm the final investment decision on the airport project by September 30.

“The extension given to the Swiss company will also end by then,” he said.

According to officials of the Tourism Ministry and Investment Board Nepal, the court ruling is only to stop all activities related to deforestation, and it doesn’t bar other activities.

Investment Board Nepal decided to move ahead nonetheless and invited potential bidders on the grounds that the court order only mandated that trees not be cut down, and did not say that all work should come to a halt.

On January 17, Investment Board Nepal formally asked Zurich Airport to submit a business proposal after it was short listed in September last year as the sole company to work in a public-private partnership model for the international airport in Nijgadh.

Under the public-private partnership model, the Swiss company will fully fund the construction project. The cost of the first phase of the development alone has been estimated at $1.2 billion.

The project modality is ‘build, operate and transfer’ under the public-private partnership arrangement. The Swiss firm will propose, in its business document, how long it will operate the airport before handing it over to Nepal.

The planned air hub at Nijgadh, about 175 km from Kathmandu, is expected to serve as an alternative to congestion and winter fog at Tribhuvan International Airport, the country’s sole aerial gateway.

The government had decided to develop Nijgadh International Airport, one of its most ambitious projects, in 1995. The timeline for the airport has been pushed back on multiple occasions amid concerns about financing and legal issues over its environmental impact.

According to an environmental and social impact assessment carried out by the Tourism Ministry in February 2017, more than 2.4 million small and large trees will need to be chopped down for the airport.

In the first phase alone, the project will require 769,691 trees to be cleared on 2,500 hectares. The plan has drawn criticism from various quarters. Environmentalists say that the felling of so many trees will drastically affect the biodiversity of the area. The results could be catastrophic for many animals that call the Nijgadh forests home, they say.

The Civil Aviation Authority of Nepal, the project executing agency, said they had reviewed the plan to reduce the environmental impact. As per the new decision, the project will use 1,900 hectares in the first phase.

Tuesday’s meeting directed the Division Forest Office, Bara to count the number of trees that will need to be cut down by mid-December.

The meeting also decided to prepare a modality for the resettlement of Tangia Basti, which will be ousted by the project, and submit it to the committee in 15 days.

Upon completion of the first phase of the project, the airport will be able to handle 15 million passengers annually and accommodate the Airbus A380 super jumbo. A 76-km Kathmandu-Tarai expressway will link the capital with Nijgadh.