Tourists are thronging Langtang Valley where an entire village got swept away by a massive landslide during the 2015 earthquake. 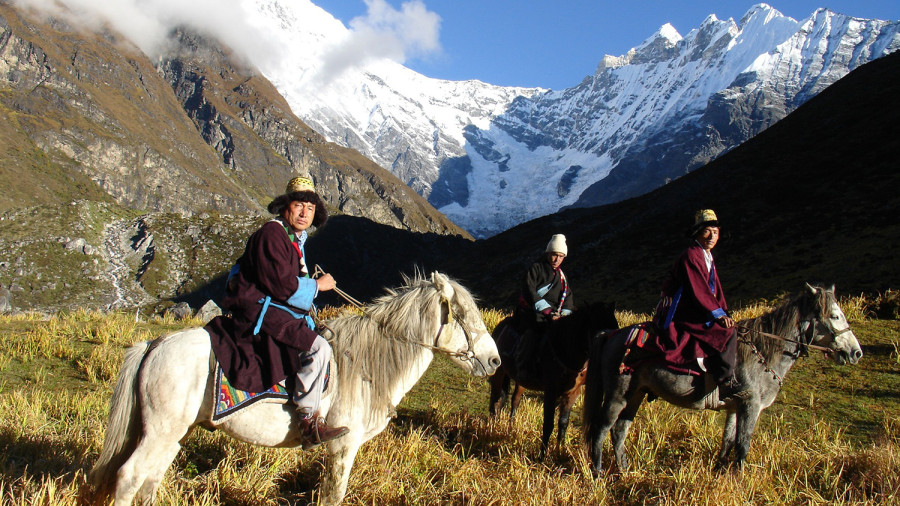 Four years after the devastation, the trekking destination north of Kathmandu is drawing record crowds. According to officials of Langtang National Park, 21,945 tourists (16,386 foreigners and 5,559 Nepalis) visited the valley in the last fiscal year.

The park adjoins the Chinese border in the north, and is one of the most accessible trekking regions closest to Kathmandu.

Trekkers began avoiding Langtang after a massive avalanche set off by the earthquake on April 25, 2015 swept away an entire village. More than 650 people were killed in the disaster.

According to Tourism Ministry records, tourist arrivals dropped to 5,016 in fiscal 2015-16. After the earthquake, the number increased slightly to 8,254 individuals.

Before the earthquake, the valley used to receive over 12,000 tourists annually. Panoramic views of Langtang Himal and Gosainkunda Lake and the diverse flora and fauna of Langtang National Park are the major attractions in the region. Tourists can now trek over three foot trails: Dhunche-Gosainkunda-Helambu, Syabrubesi-Langtang and Tamang Sampada Marg in the Langtang area. Many hotels

have opened in Langtang, Sindhum and Kyanjin. “The trekking trails in Langtang are relatively easy, so many visitors choose to come here,” said Temba Lama, a local tourism entrepreneur. “There are lots of activities that visitors can observe in a short period in Langtang.”

Dundhup Tamang, a hotel entrepreneur at Ghodatabela, said, “Langtang tourism has rebounded to its former state after the completion of reconstruction works. All the main trekking routes and hotels damaged by the earthquake have been rebuilt.” Shops, hotels and restaurants can be found after every one or two hours on the trail, which allows comfortable trekking in the mountainous region.

Langtang has over 70 glaciers of varying sizes, the Langtang and Ganesh Himal mountain ranges, and high-altitude lakes including Gosainkunda, Parvatikunda, Bhairavkunda and Dudhkunda.

Almost all the inhabitants of Langtang Valley are Tamangs whose culture goes back to ancient times to their origins in Tibet. The craftsmanship, traditional stone houses, and beautifully carved wooden porches reflect the rich heritage of Langtang Valley.