Languages dying out under benign neglect

KATHMANDU: Three dozen languages in Nepal are on the verge of extinction but the government is doing little to preserve them. 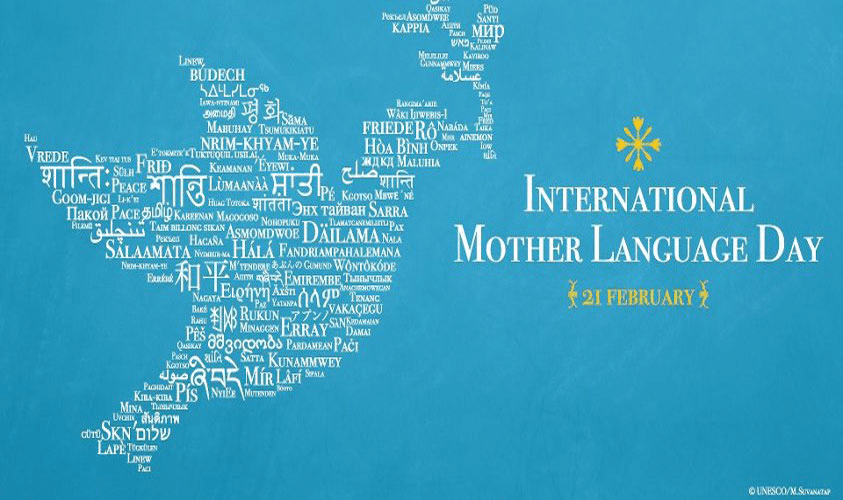 The government marks 20th Mother Tongues Day on Thursday as a mere ritual. No significant step is being taken to preserve the history and culture that disappear when languages die out.According to international reports, some 7,000 languages are spoken around the world and yet another language becomes extinct every few weeks.A Language Commission (LC) was formed in 2016, as per the Constitution of Nepal 2015, to work on all the languages spoken in the country.

The government appointed Dr Laba Dev Awasthi as chairman of the commission in 2016. About a month ago, Usha Hamal was appointed a member. But they have not been able to appoint all seven members, one from each of the seven provinces .

Among other criteria, a member of the LC should have a master's degree in any of the languages and 20 years of experience working in a specific language. The government has not appoint the other commissioners as the politicians always want to appoint individuals who are loyal to themselves, said those working in this field.

About a decade ago the government introduced school curriculum in indigenous mother tongues for up to Grade 3. But it was not brought into use.

Instead of this, a paper on mother tongues is taught in some schools up to Grade 5. And the government has yet to appoint a single teacher under the mother tongue quota . Some locals and volunteers have been teaching the children in their mother tongues.According to the Ministry of Education, Science and Technology (MoEST), there are 7.39 million students from Grades 1 to 12 in 35,601 schools across the country, including 27,833 community and 6,566 private schools. Hardly any private school teaches students in their mother tongue. Most of them, instead, boast of their policy of teaching only in English.

Officials at the language commission informed that only a single paper covering 25 mother tongues is taught in about 6,000 government schools . “We started a Limbu language pilot project at Fidim Municipality of Panchathar district and another in Tamang at Temal Rural Municipality, Kavre a month ago,” said LC spokesman Ganesh Bhattarai.

According to the LC, 123 languages exist in Nepal. Among these, the Dura language has only one speaker left while Kusunda has two speakers and Telunga (Tilunga) three . Another 37 languages have less than 1,000 speakers each and 74 have less than 10,000 .

Though there are a good number of people in the Dura community, they don't speak the language.

Census figures show that the Walung language spoken by a section of the Rai community has now disappeared.

Bhattari at the LC said the number of languages in the country increased from 92 in 2001 to 123 in 2011 as some already existing languages were further divided into separate languages. “The 37 languages with less than 1,000 speakers are on the verge of extinction while 19 languages including Baram have less than 100 speakers and their continued existence is precarious ,” he said .

Dr Bala Ram Prasain, a linguist and professor at the Central Department of Linguistics at Tribhuvan University (TU), is working closely with the LC for the conservation of languages. He said the LC and TU have been working to capacity to save the dying languages.

“However, the government has shown mostly apathy,” he said . “Every language has its own world view and is a vehicle of culture. If it dies, some of that culture and identity also die ,” he added. He sees globalization as a threat to mother languages.LC officials said they have been documenting the languages that are on the verge of extinction. They are working on dictionaries and the grammar of more than a dozen languages.The Nepal Academy and the National Indigenous Community Promotion Academy have also tried to promote the languages but they don't seem to be doing nearly enough .Baikuntha Aryal, spokesperson for the Ministry of Education, Science and technology, said, “We have prepared the curriculum and textbooks for 25 languages, but there is a lack of students studying in their mother tongues.” There was also a shortage of mother tongue teachers, he added.