Nearly 80 percent of human rights violations last year were against women, with domestic violence accounting for over a half, according to a yearly human rights review. 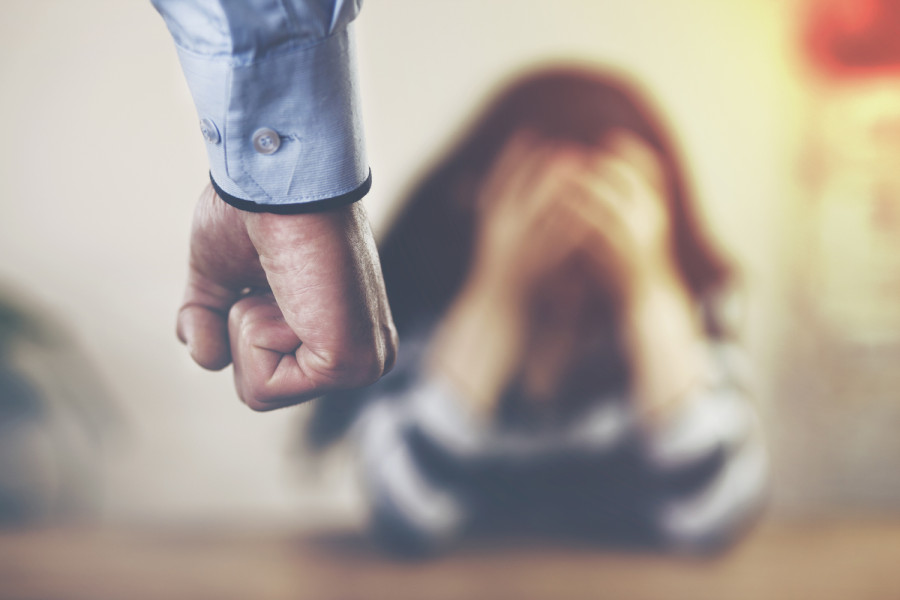 Women continue to suffer disproportionately from human rights violations in Nepal, according to an annual report released by the Informal Sector Service Centre, a human rights organisation.

Nepal Human Rights Year Report 2020 shows that around 80 percent of victims of human rights violations last year by both state and non-state actors were women. Cases of rights violations also jumped 23 percent in just a year, from 5,11o in 2018 to 6,642.

The organisation, known by the acronym INSEC, has been compiling cases of human rights violations across the country since 1992.

Its latest report shows that cases of women’s rights violations, which numbered 2,824 in 2018, rose to 3,364 last year, with domestic violence accounting for over a half. There were also 530 cases of rape in 2019, up from 475 the previous year.

Most perpetrators in such cases of gender-based violence were non-state actors, says the report. Data compiled from across the country shows that 129 women were killed by family members in 2019 with 13 cases related to dowry.

“Even today, hundreds of women are facing violence for failing to provide a dowry as demanded by their in-laws,” said Bijay Raj Gautam, INSEC executive director, at the launch of the report.

Although Nepal has instituted several measures, including robust laws, helplines and women’s shelters, to combat violence against women, obstacles remain. Many women report that there are barriers beginning with the filing of the police report itself while helplines are only accessible to a few.

After women, children are most prone to rights violations, with their number standing at 1,447. Corporal punishment, child labour, trafficking, and deprivation of the right to education and health are the common forms of child rights violations deeply rooted in society. The report also says that the right to free education is largely limited to paper, as even students in public schools are forced to pay hundreds of rupees.

INSEC’s 28th annual report further shows that 358 people were murdered in 2019, seven of them by the state, including five cases of suspicious police encounters. The organisation, along with the National Human Rights Commission, has concluded that killing of Kumar Paudel, the Sarlahi district in-charge of the Netra Bikram Chand-led Communist Party of Nepal, was an extra-judicial killing.

Human rights activists say that it is a matter of great disappointment that human rights violations continue to increase, even with a stable government in place.

“I don’t know how to respond but I can say this is not what we are looking for,” Govinda Sharma Poudyal, a member of the National Human Rights Commission, told the Post. “Our commission itself has been a victim.”

Poudyal was referring to the bill to amend the National Human Rights Commission Act, which proposes prior approval of the attorney general in taking action in cases investigated by the commission. The amendment bill, which was registered in Parliament last April, is currently under consideration.