Kathmandu, Householders planning to decorate their houses with marigold flowers this festival season should be prepared to open their wallets wider. 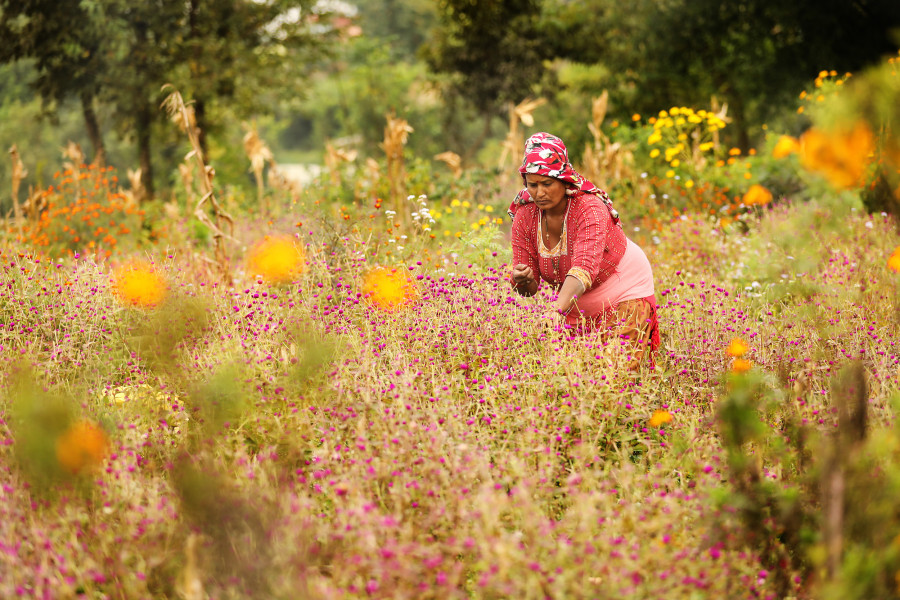 Traders said the price of the golden yellow blossoms could swell by more than 15 percent this Tihar because the cost of growing them has increased.

During the festival, people adorn the doors and windows of their houses with long strings of flowers, particularly marigolds, and the flower business booms. Tihar, which consists of a series of daily ceremonies and is generally known as the festival of flowers and lights, begins on October 26.

Flower prices have been rising annually with an increase in the cost of land, labour and chemical fertilizers, said commercial farmers. Explaining that a rise in prices was normal, Kumar Kasaju Shrestha, president of the Floriculture Association Nepal, said that land charges for commercial flower farming had soared, bringing concern to farmers.

Shrestha said that one-metre-long flower garlands would cost Rs60-70 each depending on the type of flowers used. Traditionally, 40 flowers are threaded together in a garland. Prices of globe amaranth and chrysanthemum are expected not to change from the previous year. Globe amaranth costs Rs30-40 per garland depending on the quality.

According to the association, flower demand is likely to reach 2.5 million garlands this Tihar—1.5 million marigold garlands and 700,000 globe amaranth and chrysanthemum garlands.

“Imports of marigolds have been decreasing annually with the country heading towards self-sufficiency in flower production,” he said. Shrestha added that flower output was increasing at the rate of 10 percent annually.

Of the 2.5 million garlands expected to be sold during the festival, 60 percent will be consumed in the Kathmandu Valley. Most of the flowers in the market are grown in Dhading, Nuwakot, Kavre, Sindhupalchok, Makwanpur, Jhapa, Morang, Ilam, Sunsari, Tanahu, Palpa, Dang and other districts. During Tihar last year, 2.2 million flower garlands were sold across the country.

Kumar Kasaju Shrestha, president of the association, said that demand for flowers had been increasing annually due to a rise in purchasing power, changing lifestyle and migration in Kathmandu.

The flower garland business was worth Rs120 million last Tihar, and the association expects sales to double to Rs250 million this year. Flower shipments will start arriving in the Valley on the first day of the festival, he added.

Shrestha said that flower sales in the last fiscal year 2017-18 were valued at Rs2.42 billion. Imports totalled Rs90 million and exports amounted to Rs10 million. The association said that flowers were grown on 149 hectares and the industry created 43,000 jobs.