The import bill on packed food items jumped 13 percent in the last fiscal year due to a surge in demand for readymade food items among youths combined with rising purchasing power and increased access to such products. 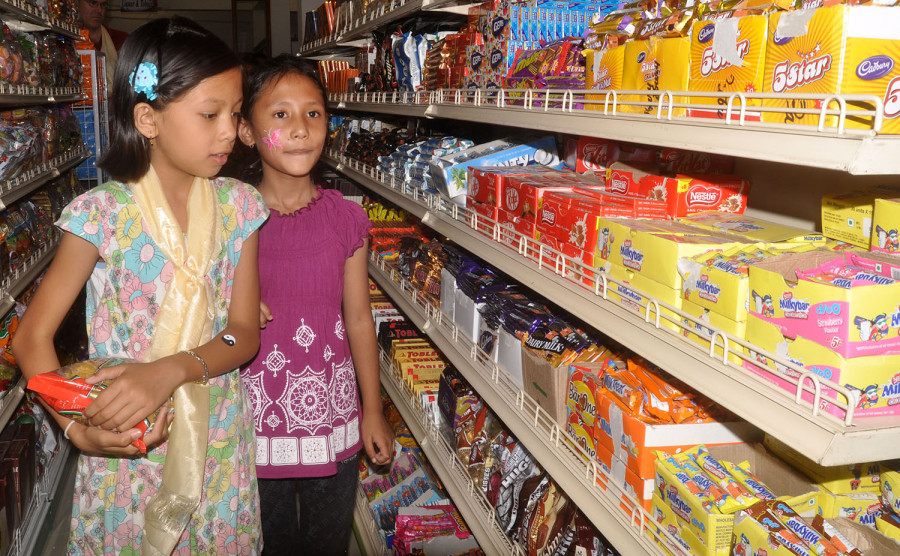 The country imported sweet biscuits, potato chips, chewing gum, chocolate, soft drinks, pan masala, dalmot, salted bhujiya, waffles and wafers, bakery products and other packaged snacks worth Rs11.96 billion in the last fiscal year against the import of Rs10.6 billion in 2017-18, according to the statistics of the Department of Customs.

Although the government is mulling curbs on the import of luxury goods including readymade food items to check the widening trade deficit, imports continue to soar. The government recently raised the customs duty on packaged food in an attempt to reduce the import bill.

According to the Population Census 2011, about one-third of the country’s population is in the age group of 20-40 years.

Shrestha said the people in this age group are the major contributor for changing consumption pattern in the country. “Besides, a rise in the living standard along with better market access has led to an escalating consumption of such food,” said Shrestha.

In the past six years, the import expense on major packed food soared almost three-folds, shows the department statistics. Most of the packed food are imported from India and Bangladesh.

Of the specified products, import expense on chewing gum more than doubled. The statistics show that Nepal imported confectionery worth Rs718 million, up from Rs322 million. Center Fruit and Happydent are among the fastest-selling brands in rural and urban areas across Nepal, said traders.

Similarly, the country imported sweet biscuits and chocolate worth Rs1.93 billion and Rs1.86 billion respectively in the last fiscal year. The country also imported soft drinks worth Rs4.84 billion during the same period.

Shrestha attributed the rise in demand for packed food to students’ changing food habits in particular. “Many students who live away from home do not eat regular meals and instead opt to consume packaged food as they are convenient,” said Shrestha, adding that such consumer group also prefer imported goods due to better quality over domestic products.

Tikendra Kumar Shivakoti, sales manager at Asian Biscuits and Confectionery, said the surge in imported packaged food was also driven by people looking for quality products. “People now seek quality products even if they are a bit costlier,” said Shivakoti.