Mt. Everest Beckoned, So He Climbed Without a Permit. Now He’s Under Arrest.

A South African filmmaker who tried to climb Mount Everest without a permit has been arrested by the Nepali police in Kathmandu, officials there said on Wednesday.

The climber, Ryan Sean Davy, 43, was apprehended by a tourism official near the Everest Base Camp earlier this month and sent to Kathmandu, where he was arrested on Tuesday. He was prevented by the police from speaking with reporters.

In addition to the charge of climbing Everest without a permit, Mr. Davy was accused of a public offense after a verbal altercation with the police. 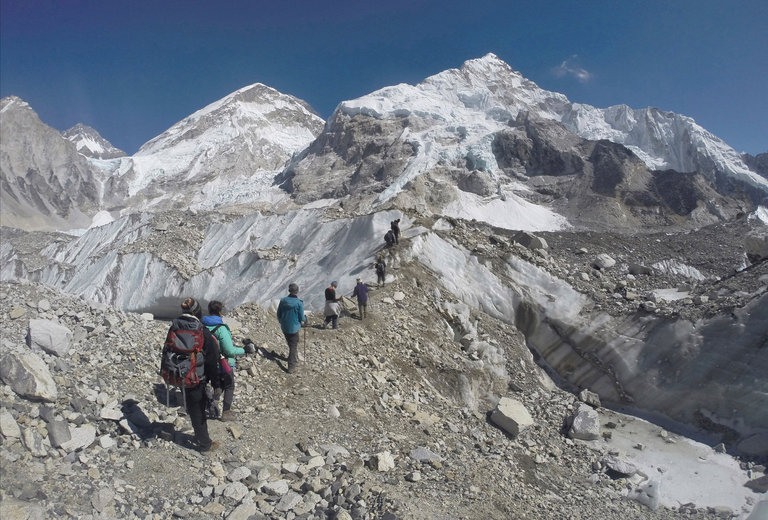 All foreign climbers are required to obtain an $11,000 permit that allows a mountaineer to climb Everest. Those caught climbing without a permit face a fine of twice the fee they were trying to evade. Fees are less for other mountains.

Mr. Davy, a filmmaker, now faces a $22,000 fine and possibly more, if he is found to have climbed any other mountains in his time in Nepal. He could also be barred from the country for five years or from mountaineering in Nepal for up to 10 years, while facing jail time if he fails to pay the fine, the Nepali authorities said.

The arrest is the latest evidence of the great lengths some mountaineers go to reach the peak of Mount Everest. Several hundred climbers obtain the permits every year.

Mr. Davy arrived in Nepal on March 17, and received a $55 permit to climb to the Everest Base Camp. He took a bus to Jiri, east of Kathmandu, and hiked about 50 or so miles to Everest Base Camp, a process that takes days.

But he did not stop there. Though he had no permit, he climbed up through the Khumbu Icefall, a dangerous pass toward Everest from the base camp.

“I had reached 23,000 feet after a six-hour, fascinating, thrilling, magical, fantastical and awe-struck experience up the Ice falls, it’s everything I imagined,” he wrote on Facebook. “I could have stayed in there all day.”

He evidently returned to camp, because on May 5 he caught the attention of Gyanendra Shrestha, an official with the Department of Tourism.

“He was walking down to the Everest Base Camp, and I was suspicious of him as he was walking with all his mountaineering dress even below all the tents,” he said.

Mr. Shrestha wondered why he was not camping with the other climbers and stopped him. Mr. Davy admitted climbing without a permit and tourism officials then confiscated his passport and ordered him to report to the tourism department in Kathmandu.

Mr. Davy began his arduous journey back to the capital. On May 8, he wrote a Facebook post apologizing for what he had done, saying when he arrived at base camp, it became clear he lacked the funds for a permit.

“I was ashamed that I couldn’t afford the permit after all the help, preparation and what everybody had done for me during my training, it would have been a total embarrassment to turn around and accept defeat because of a piece of paper,” he wrote. “So I took a chance and spent the little money I had on more gear to climb and practice on the surrounding peaks for acclimatizing in preparing for a stealth entry onto Everest.”

He was arrested after refusing to give a written statement and arguing with the authorities, said a police inspector, Tulasa Khatiwada.

“He has given us a three-page written statement and we are investigating it,” said Dinesh Bhattarai, the head of the tourism department. “He will be punished according to the law.”

Nepal set the price of climbing permits quite high both to dissuade mountaineers from swarming the garbage-strewn site and to provide much-needed revenue.