NEA targets to bring down power leakage to 14% 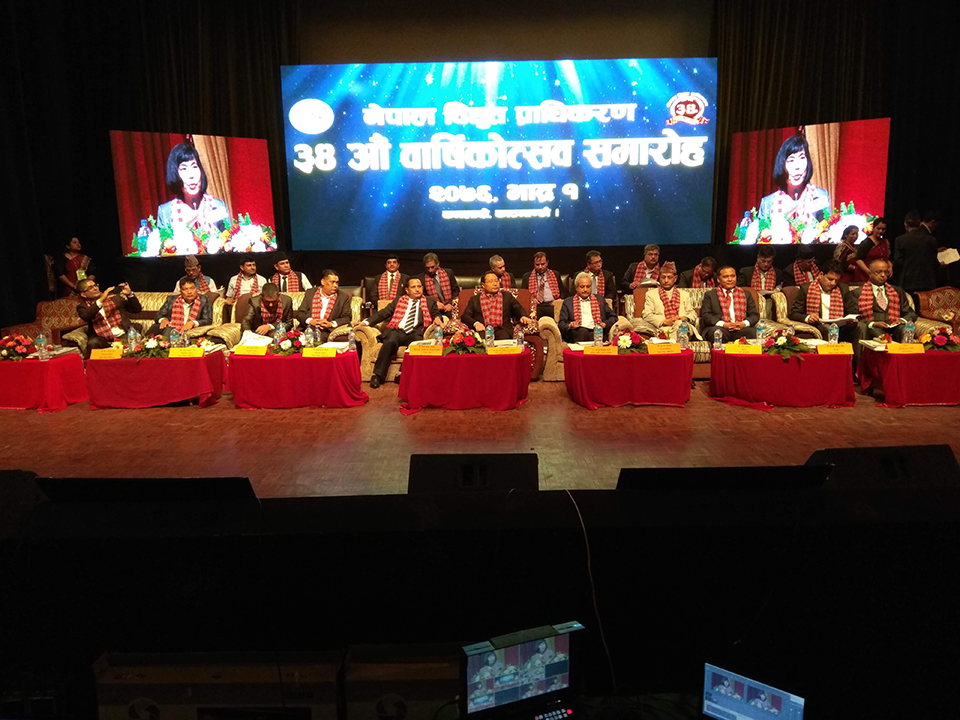 "We have been taking up new challenges every year. We are planning to bring down electricity leakage to 14 percent by next year,” said Kulman Ghising, managing director of NEA.

Electricity leakage was decreased to 15.32 percent in the last Fiscal Year 2018/19 from 25.78 percent of the previous year. "We have been achieving more than the target every year," said Ghising.

On the occasion, Ghising presented the annual report of NEA for the FY 2018/2019.

In the last fiscal year, 7.55 billion units of electricity was supplied through the NEA system, which was an increase by 7 percent compared to the previous fiscal year. Total 6.38 billion units were consumed out of the total supply. The consumption is 14.75 percent more than the last FY.

On the occasion, Minister of Energy, Water Resources, and Irrigation Barsha Man Pun said that the government has targeted to produce 15 thousand megawatts of electricity in next 10 years. "We have been working to bring foreign investment in this sector," he said.