Nepal Airlines cuts price in half to offload vintage Boeing 757

Nepal Airlines has halved the sale price and invited direct negotiations to offload its vintage Boeing 757 that remains unsold even after publishing two consecutive auction notices. 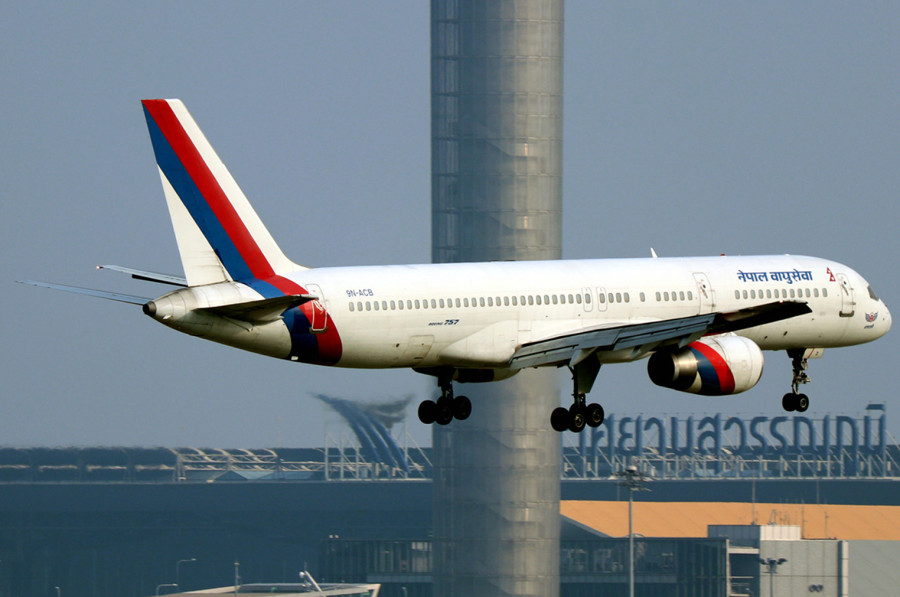 The national flag carrier has set the minimum base price of the aircraft, engines and spare parts at $4.25 million. The first two auction notices had quoted a minimum sale price of $7.8 million. The aircraft bearing registration number 9N-ACB was valued at $5.4 million out of the total sale price.

“The board decided to reduce the sale price after no one showed interest in buying the plane and its spare parts,” said Ganesh Bahadur Chand, spokesperson for Nepal Airlines. “We have to sell the plane by February next year, otherwise we will not get the value.”

According to an official at Nepal Airlines, the minimum sale value has been kept slightly higher than the price quoted by a foreign company in response to the second auction notice in August.

The carrier's last Boeing 757, which served the country for 31 years, has been sitting at Tribhuvan International Airport for nine months now, accumulating airport parking taxes and insurance fees while awaiting a buyer.

Nepal Airlines has given potential buyers until November 27 to submit a proposal for negotiation.

On June 26, the national flag carrier put the 757 named Gandaki, with registration number 9N-ACB, and its spare parts up for auction. Two bidders had shown interest in buying the plane. However, one bidder was disqualified as it did not provide its name on the bid document while the rate quoted by the second bidder was below the auction price.

Nepal Airlines then issued another notice on August 14. This time too, two bidders applied; but one wanted to buy only the spare parts while the other quoted a price that was way below the auction rate, the airline management said.

The aircraft has been causing a financial burden for the corporation as it has been sitting at Tribhuvan International Airport since February-end. The parking fee at the airport is $500 a day, which means that Gandaki has so far accumulated around $120,000 in parking fees alone. Nepal Airlines has also been paying the insurance premium for the aircraft and passengers.

The state-owned carrier has put up the plane’s spare parts for sale as it now has an all-Airbus fleet.

In April 2017, Nepal Airlines had put its first Boeing 757, named Karnali and bearing registration number 9N-ACA, up for sale with a minimum price of $1.71 million.

The auction value of 9N-ACB is more than four times higher because the aircraft is still airworthy. Nepal Airlines officials said that the airworthiness of the jet will expire by February next year.

When Gandaki is finally sold and the aircraft flies off into the sunset, it will mark the end of the Boeing era in Nepal, which began nearly five decades ago and saw Nepal Airlines reach its zenith.

The 9N-ACB joined the fleet of the then Royal Nepal Airlines in September 1988. This special Combi model is capable of seating passengers while also carrying two pallets of cargo. According to Nepal Airlines, Gandaki’s frame is the only pure 757 Combi built by Boeing. The 757 can hold 190 passengers.