The country's mobile internet speed was clocked in at 10.78 Mbps against the global average of 28.02 Mbps.

Nepal was ranked 130 out of 145 countries in mobile internet speed by the latest Speedtest Global Index by Ookla. 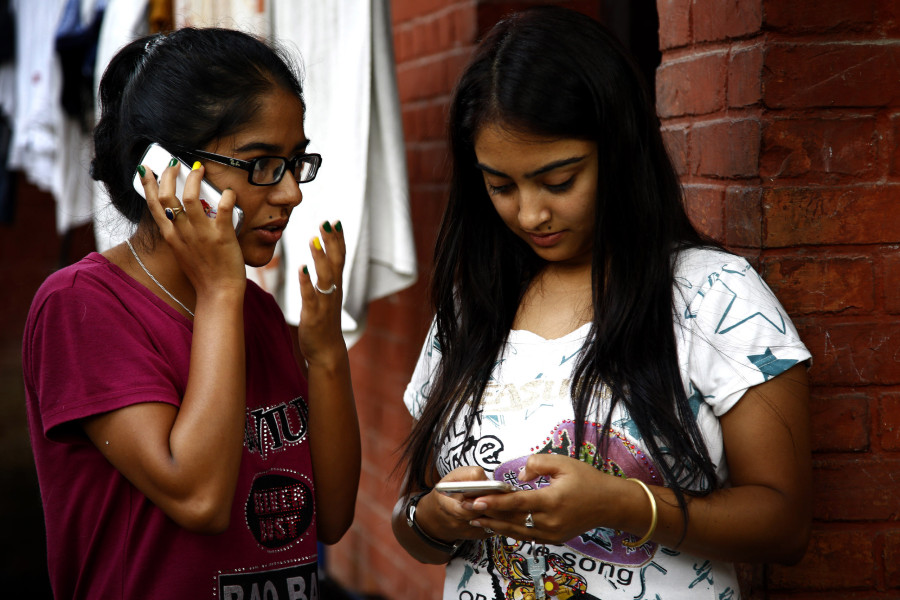 The survey conducted by the internet testing and analysis firm recorded Nepal's average mobile internet speed at 10.78 megabytes per second (Mbps) against the global average of 28.02 Mbps.

The ranking has put Nepal a few points ahead of India, Bangladesh and Pakistan. South Korea, with 111 Mbps of mobile data speed, is placed at the top of the list.

According to Min Prasad Aryal, spokesperson for the Nepal Telecommunications Authority, affordability issues and slow expansion of 4G services and poor 3G coverage have led to people experiencing low data speeds despite a growth in the number of mobile internet users.

“The situation is expected to change in favour of mobile internet users as state-owned Nepal Telecom and telecom giant Ncell expedite their 4G service expansion drive,” said Aryal. “Also, with the number of mobile broadband users expanding, telecom operators have been focusing on increasing investments in high capacity infrastructure, but the results are yet to be seen.”

According to the Management Information System report released by the telecommunications authority on Tuesday, nearly 4 million new users overcame the digital divide in 2018-19.

4G services rollout has continued to remain a priority for telecom operators with 60 percent of Nepal’s cities getting the high-speed internet access technology in the next two to three years, and they are pouring in resources to meet the growing demand for data services.

Nepal Telecom has also announced plans to launch 4G/LTE high speed data service before Dashain in 25 major areas and expand the service nationwide by 2020 in line with the government’s much-hyped Digital Nepal campaign.

However, Nepal has improved points when it comes to the speed of fixed broadband internet.

As per the Speedtest Index, Nepal ranks 103rd out of 176 countries, up by three spots, with a fixed broadband speed of 20.71 Mbps while the global average download speed stands at 66.52 Mbps.

The improvement has been attributed to last year’s development after Nepal Telecom contracted China Telecom Global to lay optical fibre cables between Kerung, China and Rasuwagadhi, Nepal to provide internet service. According to officials, the move ended India’s decades-old monopoly in Nepal’s cyber connectivity and boosted the reliability of fibre-to-the-home services.

However, at the current expansion rate of internet services, the government’s target to build a digital society connecting 90 percent of the population to the internet by 2020 remains a far cry.

The figures also highlight that mobile internet is yet to reach a large section of the population despite the telecom authority’s data which suggests that 95.2 percent of the population lives within range of a mobile tower.

At the macro economic level, a voracious appetite for data is instrumental in boosting the economy’s gross domestic product (GDP) as efficient and quick transfer of data is directly linked with an increase in productivity.

According to the World Development Report 2016, a 10 percent increase in fixed broadband penetration increases GDP growth by 1.38 percent in developing economies.

However, Nepal is yet to realise substantial growth in fixed broadband—ADSL, cable and fibre—connectivity, particularly fibre optic technology which ensures high-speed connections.

As per the telecommunications authority, only 12.71 percent of total subscribers are connected through fixed lines as of date with only half a million Nepalis subscribing to fibre optic connections sold by 39 internet service providers.