Nepal’s battle against malaria is going in its favour and it may actually meet its target of eradicating the disease from the country by 2025, said Director General at the Department of Health Services Dr Rajendra Panta.

A report on the prevalence and geographic spread of malaria through 2013 to 2016 was released amidst a programme on the occasion of World Malaria Day here today.

The report shows that 2,603 cases of the disease were recorded to have been brought in from outside the country, and 2,988 indigenous cases were recorded between 2013 and 2016. 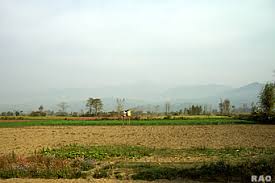 Dr Rajendra Panta said the main challenges faced in the fight against malaria were the porous border between Nepal and India that allows carriers and patients to bring the disease in the country easily and political, social, and geographical constraints. Dr Panta said that they were now awaiting WHO’s guidelines for specific intervention targeting the Plasmodium vivax, the parasitic protozoan that causes malaria, to take further steps.

As per the 2013 data at the Epidemiology and Diseases Control Division, Teku, 48 per cent of people in the country are at risk of malaria