Nepalis are consuming 38 percent more electricity than 2 years ago

The surge in electricity demand is largely driven by a reliable supply of power and increased use of gadgets.

Two years ago, a Nepali household used to consume 117 kilowatts of electricity every hour. Now, each household utilises 245 kilowatts every hour, 38 percent more than in the fiscal year 2017-18, a recent study shows. 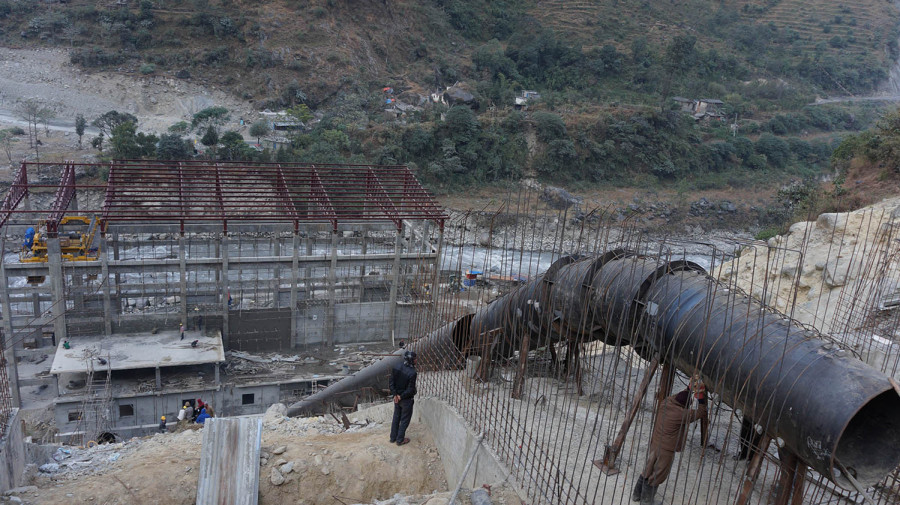 The surge in electricity demand is largely driven by a reliable supply of power and increased use of gadgets and electrical appliances indicating a growth in the purchasing power of Nepali households.

“Earlier, demand for electricity was concentrated during peak hours, but with a regular and reliable supply, the power utility now witnesses consumption or ‘flat demand’ throughout the day,” said Prabal Adhikari, spokesperson for the Nepal Electricity Authority.

According to Adhikari, consumer behavior has changed as households and individuals possess many gadgets which they now utilise more and charge as per their convenience.

Also, energy officials were able to undertake electricity network expansion and upgrading projects connecting 420,000 new households to the grid in the fiscal year 2018-19. This, coupled with growing supply of electricity, also led to an increase in energy consumption.

However, in the last fiscal year, the country fell short by a wide margin in terms of electricity generation. In the beginning of the fiscal year 2018-19, Nepal’s total electricity output stood at 1,073 megawatts, and the government had targeted adding 760 megawatts to the grid over the year. However, only 10 percent of the expected increase was added to the national grid by the end of the fiscal year.

According to the Energy Ministry, the construction of hydel plants with a combined capacity of 195 megawatts concluded in 2018-19. However, only 78 megawatts was fed into the national grid as the schemes which can churn out 117 megawatts are in the testing and commissioning phase.

Nonetheless, the supply of energy has grown over the years, and in line with the increasing supply, the ministry has aimed to increase the per capita electricity consumption to 700 kilowatts per hour by the fiscal year 2021-22.

Also, in the current fiscal year alone, the Nepal Electricity Authority expects to connect around 43 hydropower projects with a combined capacity of 1,150 megawatts to the national grid, doubling the country’s current total electricity output.

A mere four years ago, the power utility used to issue notices requesting consumers to save as much energy as they can and consume less during the peak hours at a time when the country witnessed power outages that lasted on average 16 hours a day. Now, the state-owned power utility is planning to run advertisements encouraging more usage of electricity.

“We have been carrying out internal discussions on ways to increase electricity consumption,” said Adhikari. “We will promote the use of electric vehicles by building supporting infrastructure and also encourage Nepali households to buy more electrical appliances for cooking and other kitchen requirements.”

The country has witnessed a significant expansion of the power network in the last fiscal year as officials were able to add more than 600 kilometres of power lines and 30 new distribution substations to the country’s domestic and cross border electricity transmission network.

Apart from increasing domestic consumption, stakeholders have been urging the government to secure new markets for electricity to avert future spillage of power, in view of the surplus energy the country is poised to produce soon.

In May, office bearers of the Independent Power Producers’ Association of Nepal had urged the government to take measures to ease power trade between Nepal, India and Bangladesh to resolve the market access issues private hydroelectricity producers are currently facing.

“Only 1.3 million out of the 29 million Nepalis remain to be connected to an electricity supply. In 2010, only 65 percent of the population had an electricity connection," states the report.

Also, Nepal’s access to electricity increased at an annual rate of 4.3 percent, which is much higher than the global average of 0.8 percent. Officials who are buoyed by the prospect say that Nepal can achieve 100 percent access to electricity within a few years, well ahead of the target year 2030 set by Sustainable Development Goal 7.

Currently, only eight districts—Bajura, Humla, Jumla, Kalikot, Mugu, Dolpa, Rukum (East) and Solukhumbu—remain to be connected to the national grid.