Not one, but red pandas are actually two species, new research finds

Researchers have pointed out that the discovery of two separate species of red pandas can contribute to their conservation and formulation of effective and species-targeted action plans. 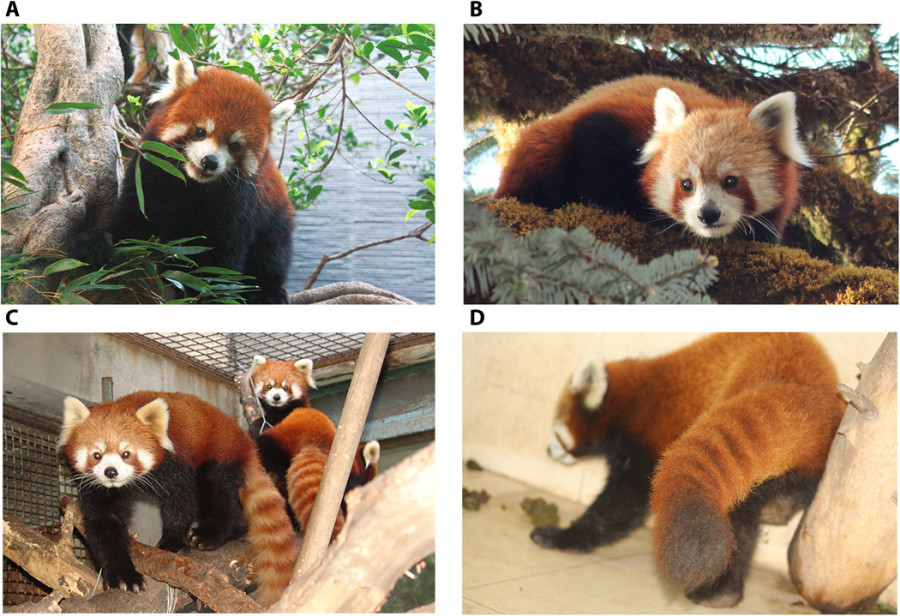 Himalayan red pandas found in Nepal are a different species than Chinese red pandas, according to the most comprehensive genetic study on these endangered animals.

The findings published in journal Science Advances say the bushy-tailed small mammals are two distinct species rather than variations of one species, commonly believed so far.

A team of researchers from the Chinese Academy of Sciences made this breakthrough based on the DNA evidence. The researchers had conducted the whole genomic analysis of a total of 65 red pandas before concluding that these red pandas were two different species.

“Himalayan red pandas and Chinese red pandas were considered two subspecies, but this study has shown that they are two different species altogether,” Arjun Thapa, one of the researchers, told the Post. “This is a significant achievement which has been possible because of such scientific study.”

According to researchers, attempts to classify the red panda as two subspecies or even two species based on differences in morphology—skull morphology, coat colour, and tail ring and biogeography—have been made in the past well. But they lacked genetic evidence.

However, such classification had remained controversial due to a lack of solid genetic evidence and the red panda’s inaccurate distribution boundary in the past. Incorrect distribution boundary was reported because of the morphological similarities observed between red pandas on both sides of the Nujiang River, which was considered the geographic boundary between the two species, according to the study.

The skull size and morphology of red pandas from southeastern Tibet were more similar to those of the Chinese red panda than the Himalayan red panda, the study found.

The latest findings, on the other hand, have demonstrated substantial inter-species genetic divergence for all three markers and corrected species-distribution boundaries as well.

Discarding the previous viewpoint of the Nujiang River as the red panda’s species distribution boundary, the study has concluded that Yalu Zangbu River, which is also known as the Brahmaputra, is the most likely geographic boundary for species distribution.

Researchers have pointed out that the discovery of two separate species of red pandas can contribute to their conservation and formulation of effective and species-specific action plans at the time when their number is on the decline.

“The latest findings are crucial for red panda conservation in Nepal as well. The Himalayan red panda is limited in number,” said Thapa, who is also a research director with Small Mammals Conservation and Research Foundation. “This study has proven that they are genetically diverse; therefore, they should be protected from interbreeding as it could threaten their uniqueness as distinct species.”

In Nepal, red panda, one of the elusive mammals, is listed as endangered on the IUCN Red List of Threatened Species and included in Appendix I of CITES (Convention on International Trade in Endangered Species of Wild Fauna and Flora).

Likewise, the National Parks and Wildlife Conservation Act, 1973 has categorised red pandas, which look more like raccoons and are slightly larger than a domestic house cat, as a protected species of the country.

Natural habitat fragmentation and degradation, haphazard infrastructure development along the habitats, illegal trade, climate change, remains the major threats to the protection of red pandas in the wild, said Thapa.

The Nepal government has already devised a five-year (2019-2023) ‘Red Panda Conservation Action Plan for Nepal’ to boost efforts to conserve red pandas in the wilderness. Although red panda’s presence has been documented in 24 districts and seven protected areas of the country, the exact number of the mammal remains unclear.

According to Thapa, identification of red pandas as two distinct species gives the opportunity to devise species-focused conservation plan. It can also help Nepal receive international support for the mammals’ conservation as China has done by sending out its giant pandas on-loan.

Giant pandas in foreign zoos are generally on loan from China for 10 years at an annual rate of $1 million and much of which goes towards conservation efforts of the giant panda, which is considered the country's unofficial global mascot and part of the country's diplomatic strategies.

Before 1982, giant pandas were gifted by the Chinese Government to other countries as a token of goodwill and friendship. But following their rapidly declining numbers, China started the current on-loan policy.

“Now, we know that these pandas outside countries belong to us [Nepal]. So the Nepal government has to make claims for payback in return,” said Thapa. “This is also the responsibility of those countries to contribute to red pandas' conservation.”