A report of the National Prevalence Survey shows about 70,000 people across the country are infected with tuberculosis.

About 70,000 people across the country get infected with tuberculosis every year, 25,000 more than the World Health Organization estimated, according to a study. 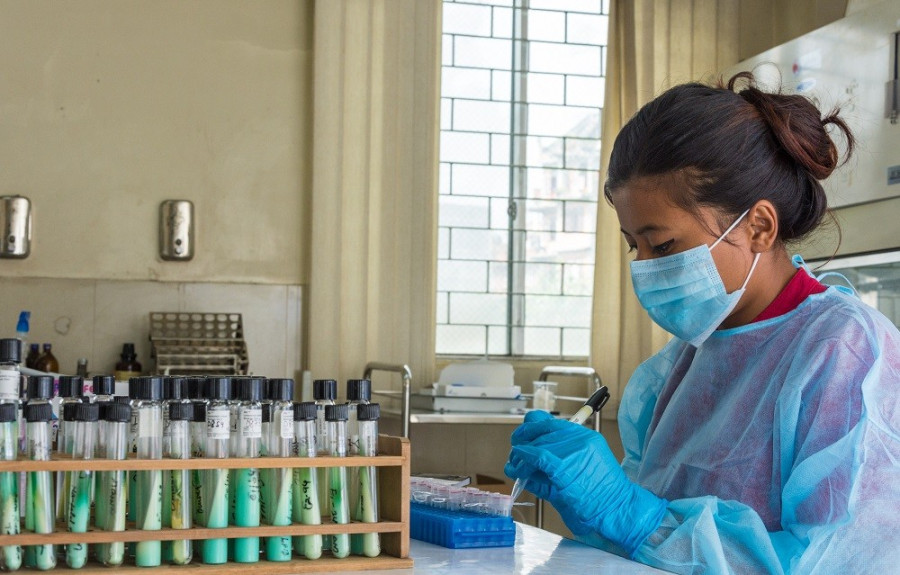 According to a preliminary report of the National Prevalence Survey of tuberculosis, carried out by a team of national as well as international experts, the number of TB patients and infection rates of the deadly disease is far more than the estimates.

The National Prevalence Survey of tuberculosis is the top public health priority.

The WHO has estimated that every year 45,000 people get infected with tuberculosis in Nepal.

TB is a major public health problem in the country as 22 people succumb to the disease every day, according to the Ministry of Health and Population.

“The study shows far more TB patients and high infection rate than the estimates,” Anil Thpa, a former official at the National TB Centre, who was involved in the study, told the Post. “There are more challenges and we are less prepared.”

At this pace Nepal is going to miss the deadline of eliminating the deadly disease, said Thapa.

Nepal has committed to containing new tuberculosis infection rate to 10 on every 100,000 population by 2030 to meet the Sustainable Development Goal targets.

According to Thapa, infection rate of the disease is also on the rise in developing countries like India.

And the ongoing employment adjustment process has made the situation even worse, according to Rajbhandari.

“TB cases are underestimated and this is a cause for concern,” said Rajbhandari. “But tuberculosis elimination programmes are not getting proper government attention.”

Dillu Raj Poudel, a lab technician, serving at the Regional TB Centre in Pokhara has been preparing to leave for a primary health care centre of Machhapuchchhre Rural Municipality, as he has been transferred there.

With his transfer, Genexpert TB test and other lab services at the centre are likely to come to a grinding halt, as he is the sole expert there, who can conduct all kinds of tests to diagnose tuberculosis.

Of the 24 health workers at the centre, only five are currently serving there.

“I could lose my job if I don’t report for duty to the place I have been transferred within 21 days,” Poudel told the Post over the phone. “I know the service will be affected here, but I have to follow the government rule.”

Every day, about 100 tuberculosis patients receive treatment at the centre. All health facilities in the districts, including Manipal Teaching Hospital and Pokhara Academy of Health Sciences, refer TB patients to the Centre.

Like Poudel, district tuberculosis officers serving in all 77 districts have been transferred to health facilities in rural municipalities, municipalities, sub-metropolis or metropolis, as the government has scrapped their posts.

The government has also transferred lab technicians, radiologists, and medical officers from the tuberculosis treatment centres to elsewhere.

Chances of infection to other family members are high in the family having tuberculosis patients, as the disease, caused by bacteria (Mycobacterium tuberculosis), is spread from person to person through the air.