Nepal Oil Corporation said the rise in fuel imports was due mainly to increased construction work.

Nepal's oil import bill surged 25 percent in the last fiscal year despite regular supply of electricity to households and industries after years of debilitating load-shedding. 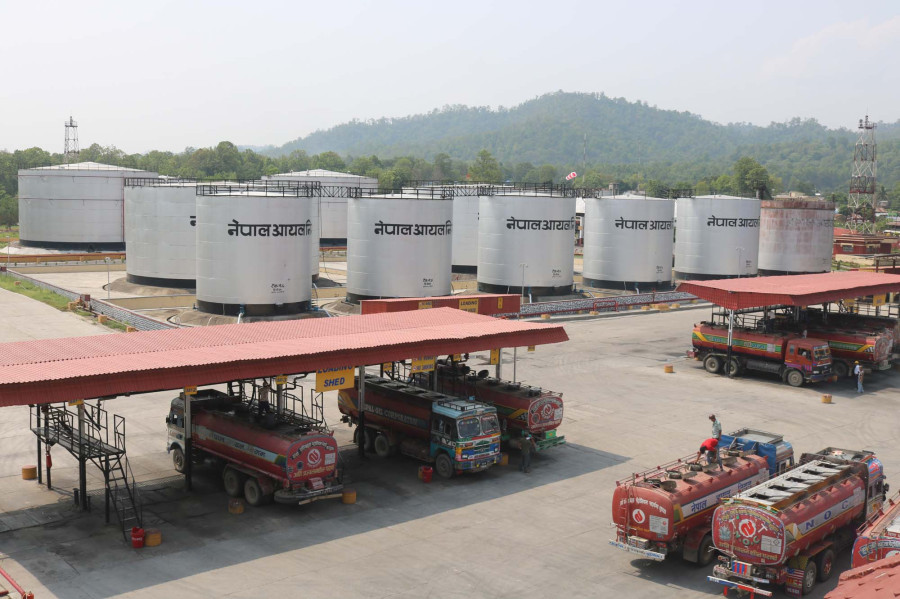 Oil imports have swelled even though the Nepal Electricity Authority has declared an end to load-shedding which was expected to result in a sharp fall in cooking gas imports. In April 2018, the state-owned power utility declared industrial areas free from power cuts, but this has not resulted in a drop in the import of petroleum products.

Imports of petroleum products accounted for 15.2 percent of the country’s total import bill of Rs1.41 trillion in fiscal 2018-19.

The country's spending on imported fuel has risen alarmingly at a time when it is facing a widening trade deficit due to a small volume of exports and a steep rise in imports, leading to severe pressure on foreign currency reserves. As of mid-June, the country had foreign exchange sufficient to import goods and services only for 7.7 months, according to Nepal Rastra Bank data.

Nepal Oil Corporation said that the rise in the fuel import bill was due mainly to increased construction work, and partly to a depreciation of the Nepali rupee against the US dollar, rise in crude oil prices in the international market and smuggling to India because of a price difference in the Indian and Nepali markets.

Binit Mani Upadhyaya, deputy director of Nepal Oil Corporation, said increased infrastructure construction resulted in a rise in demand for diesel. “Of late, there is significant investment being injected into hydropower projects in particular,” said Upadhyaya.

The exchange rate of the dollar also rose to a record high of Rs119.33 in October, following which the rate fell to Rs111, as per Nepal Rastra Bank.

Upadhyaya said that smuggling of fuel to India slowed significantly after the price difference became less. According to Nepal Oil Corporation, petrol is cheaper in the Nepali market by Rs12.59 per litre while diesel costs Rs12.94 per litre less in Nepal than in the bordering markets of Bihar, India.

Until a few months ago, the difference used to stand at around Rs25 per litre. “With the reduction in the price difference, there is nominal trading of fuel across the border,” said Upadhyaya.