The country has 23 species of owls which have been facing threat because of hunting, illegal trade and habitat loss. 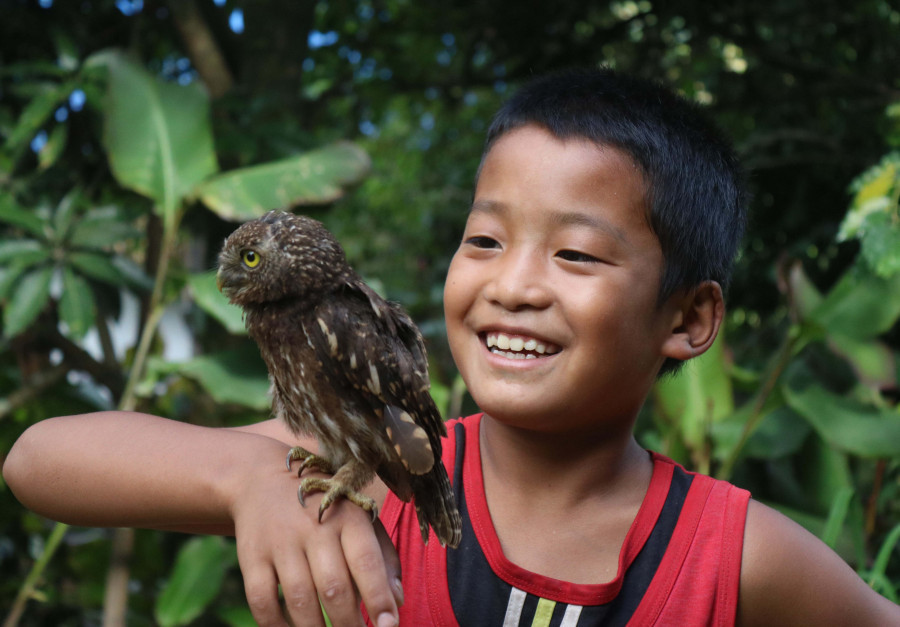 Owls are among the most hunted and trafficked wildlife in Nepal. Besides illegal hunting and trade, these nocturnal birds of prey are also threatened by habitat loss.

With the intention of protecting the country’s owl species and their habitat, the government has come up with a ten-year conservation action plan, which will be jointly overseen by the Department of National Park and Wildlife Conservation and Department of Forests and Soil Conservation.

The Owl Conservation Action Plan (2020-2029), which was released last week, according to wildlife conservationists was long overdue.

Raju Acharya, an owl conservationist, told the Post the endorsement of the action plan has given a baseline for the conservation of often-overlooked bird whose population has been dwindling while the country’s conservation efforts are largely focused on the so-called glamorous animals, like tigers, rhinos and elephants.

“With the action plan the government has acknowledged the importance of owl species which are not in the endangered list, but in need of protection,” said Acharya, who was also part of the technical team that drafted the action plan. “The action plan has given conservationists a framework based on which they can develop their activities towards protecting the owl species found in the country.”

Nepal is home to two families (Tytonidae and Strigidae) and 23 species of owls. They make up around 2.5 percent of the country’s total bird diversity.

However, illegal owl hunting, trade and habitat destruction have threatened their population.
According to informal estimates, around 2,000 owls are smuggled out of Nepal to India, China, Persian Gulf and East Asian countries every year.

“If we make a list of most poached and traded wildlife, owls will be in the top-10 list. Owls are hunted and sold for their meat, recreation and for various superstitious beliefs in societies around the world, like traditional medicines, sacrificial offerings and performing black magic.” said Acharya.

Illegal trade and killing of owls are significantly high in western parts of the country, according to a study conducted by Friends of Nature Nepal.

While common barn owls face a high level of hunting threat, two other species–rock eagle owl and spot-bellied eagle owl–are also hunted and traded in the country. The organisation has identified 13 major points of illegal owl trafficking in the country.

“Unaware of their value in the ecosystem and legal sanctions, people have been killing owls,” said Acharya. “Owls play a significant role in pest control in farms. For instance, a family of owls can kill nearly 3,000 crop-damaging mice in a period of four months.”

While the action plan has identified use of pesticides and poison, lack of coordination among stakeholders and lack of rescue and release facility as some of the challenges in the owl conservation efforts, conservationists believe that public awareness could go a long way in owl conservation.

While Friends of Nature Nepal has been organising annual Owl Festival to raise awareness about owl conservation, conservationists say the concerned governments should also organise many such events

The action plan has prioritised improving the quality of habitat, promoting scientific research on owls, reducing illegal hunting and trade, sensitising stakeholders and building their capacity for long-term conservation of owls, and building a partnership at local, national and international level.

For implementing the action plan, the government plans to spend around Rs110 million expenses over the next ten years.

“The action plan will be successful only when all the forest offices and other conservation organisations start allocating budget for implementing owl conservation programmes irrespective of how small the amounts are,” said Acharya.