They warn that misdiagnosis and under-reporting of TB cases could spread the infection further. 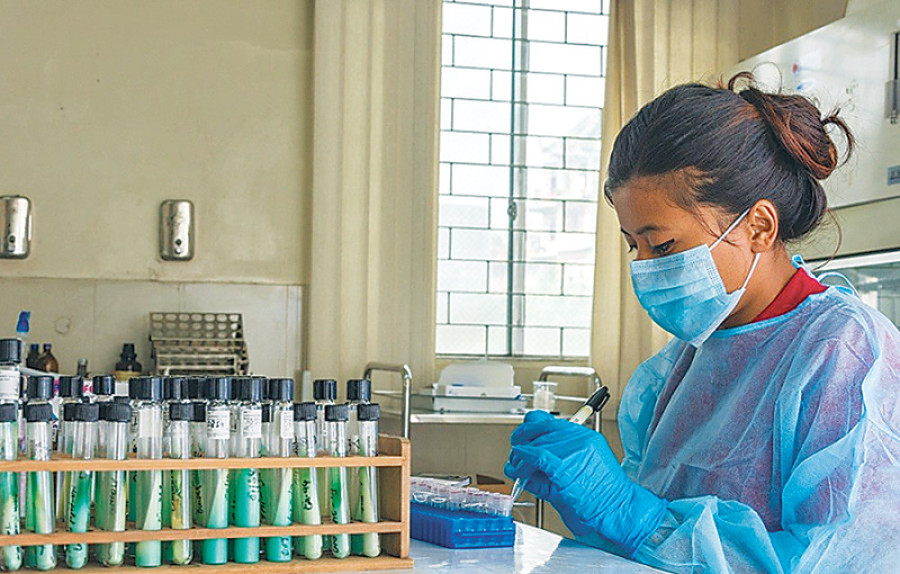 At least 46 people die of tuberculosis every day throughout the country, three times more than previously believed.

The figures were revealed by the National TB Prevalence Survey 2018-19, a nationwide study conducted with technical support from the World Health Organization.

That was before the pandemic. “But the ongoing pandemic has made the situation even worse.”

The disease, caused by bacteria (mycobacterium tuberculosis), spreads from person to person through the air. It is one of the leading causes of death in Nepal, killing 17,003 people every year, according to the report. Earlier it was considered that only 5,500 people died of tuberculosis in the country annually.

The study comes as Nepal remains committed to meeting its target of reducing infections to 10 for every 100,000 population by 2035 by increasing investments in the eradication of the disease.

The study also revealed around two times higher prevalence and 1.6 times higher incidence of the disease than previously thought. It showed variations based on geography, age and sex of patients. According to the report, the prevalence of the infection is higher in the Tarai and in the hills compared to the mountains and in Kathmandu Valley. Prevalence was found higher among members of the older age group and among men.

The other issue the report highlighted is that of “hidden cases”. Although models estimate that around 69,000 are infected with the disease, only 30-32,000 are being identified. This means nearly 54 percent of cases are neither identified nor treated.

It is said that a TB patient, if not treated, can transmit the infection to at least 10 other people.

“If immediate steps are not taken to control the spread of tuberculosis, we might have to face another epidemic,” said Dr Sagar Rajbhandari, director at Sukraraj Tropical and Infectious Disease Hospital.

“We are only talking about the cases of the previous year. We don’t know the real situation after the start of the coronavirus pandemic,” said Rajbhandari, also the former director of the National Tuberculosis Centre.

The study showed the majority of the TB patients belong to the working age group (25 to 64 years). The ongoing Covid-19 pandemic has made the situation worse, according to officials. “Covid-19 is projected to have pushed the TB programme and its achievements back by five to eight years globally and same is the case in Nepal,”an official at the centre told the Post. “It will take over five years to return to the pre-pandemic stage. We have to intensify ongoing programmes and introduce new ones for it .”

The coronavirus pandemic, which is spreading throughout the country has affected more than 50 percent of the TB treatment facilities. Similarly, detection of new tuberculosis cases has declined by 50 percent ever since the government enforced the nationwide lockdown on March 24, according to an assessment carried out in all seven provinces and the Kathmandu Valley.

A new report from the UN health agency also shows that access to TB service remains a challenge, and the global targets for prevention and treatment will likely be missed without urgent action and investments.

“Equitable access to quality and timely diagnosis, prevention, treatment and care remains a challenge,” said Dr Tedros Adhanom Ghebreyesus, director general of the World Health Organization. “ Accelerated action is urgently needed worldwide if we are to meet our targets by 2022.”

The Ministry of Health and Population, which is even unaware of the total number deaths due to coronavirus infection, doesn’t know how many people have died of exact TB.

Public health experts said that as both tuberculosis and the coronavirus attack the lungs, some of their symptoms are common. This may lead to misdiagnosis.

“We are heading towards another epidemic after the coronavirus pandemic, “Dr Dirgha Singh Bom, former health secretary, chest physician and TB expert told the Post. “ If TB patients are not treated on time, they might spread the infection to the family members and to other members of society.”