Six international firms — including four joint ventures of Norwegian, Chinese, German and Indian energy companies — have been shortlisted to bid for a consulting contract to prepare a detailed engineering design and bidding documents for the construction of the Uttar Ganga Storage Hydroelectric Project in Baglung district. 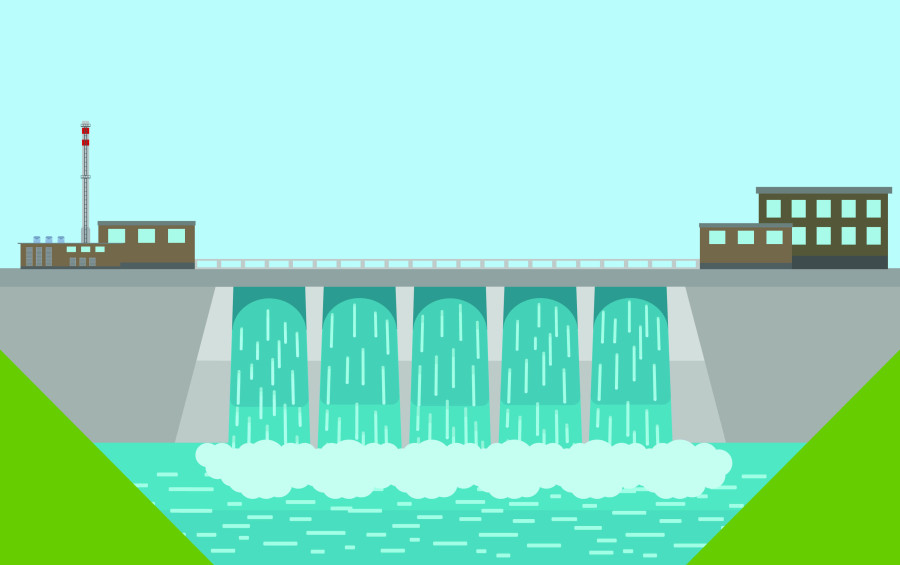 According to Uttar Ganga Power Company, a subsidiary of the Nepal Electricity Authority, the six firms were shortlisted on Sunday; and they will be asked to submit further proposals for evaluation and appointment soon.

The two Norwegian joint ventures are Multiconsult Norge AS and Changjiang Survey Planning Design and Research and Norconsult AS with COBA Consultores de Engenharia e Ambiente and Dolsar Engineering. The other firms are AF Consult Switzerland, Mahab Ghodss Consulting Engineering Company of Iran, Tractable Engineering of Germany and a joint venture of WAPCOS and Indian state-owned SJVN.

The Rs130 billion project, which was revived through this fiscal year’s budget statement after languishing in limbo for seven years, is one of the 11 strategic hydroelectric projects prioritised by the government in its Electricity Development Decade 2016-26 plan.

The project hit a roadblock due to a heated political dispute over the inter-basin diversion of water from its reservoir which would be filled with water from the Uttar Ganga River in Dhorpatan and other nearby rivers.

According to officials close to the situation, a conflict between former energy minister Janardan Sharma and the former finance minister and Bishnu Poudel stalled the project. Sharma wanted the reservoir water to flow into the Bheri River while Poudel wanted it to be channelled into the Gandaki basin.

"It took multiple meetings between communist party leaders before a consensus could be forged on the more economical and technically viable option of diverting water into Gandaki and Narayani basin as proposed by the state-owned power utility," an anonymous official said.

As per a preliminary study, the proposed 821 megawatt plant will be able to generate power five hours a day in the dry season that normally begins from November and lasts until April.

The water collected from the Uttar Ganga and other rivers will be stored in a reservoir spread over 12.46 square kilometres behind a 200-metre-high dam. It will be discharged through a 1.1-kilometre tunnel into the Sanghu Khola and Nisi Khola in the Gandaki river basin.

The project office has proposed to build two underground powerhouses with an installed capacity of 417 and 404 megawatts with an average annual output of 1,299 gigawatt hours.

The electricity generated by the reservoir-type project will be evacuated through a 65-kilometre-long transmission line of 400 kV capacity with interconnection points at the Uttar Ganga hub.

According to Kulman Ghising, managing director of the Nepal Electricity Authority, the Uttar Ganga project is one of the highly important storage projects which will help the country achieve its goal of becoming self-reliant in energy during the dry season.

"The consultants are expected to finish the detailed design, tender drawing and construction planning besides drawing up the bidding documents for the civil, hydro-mechanical, electro-mechanical and transmission lines within 18 months of their appointment," said Ghising.

"We also plan to work on the financing part of the project along with the preparation of final design to pave the way for the construction of the scheme."

Uttar Ganga is one of the storage projects envisioned to be taken forward in the 2019-20 budget under the plan of operating at least one multipurpose hydroelectric project in each province as per viability.