KATHMANDU: Nepal has made progress in implementation of State Safety Program (SSP) of the International Civil Aviation Organization (ICAO), according to Aviation Safety Report 2019. Nepal has SSP implementation rate of 72.31% 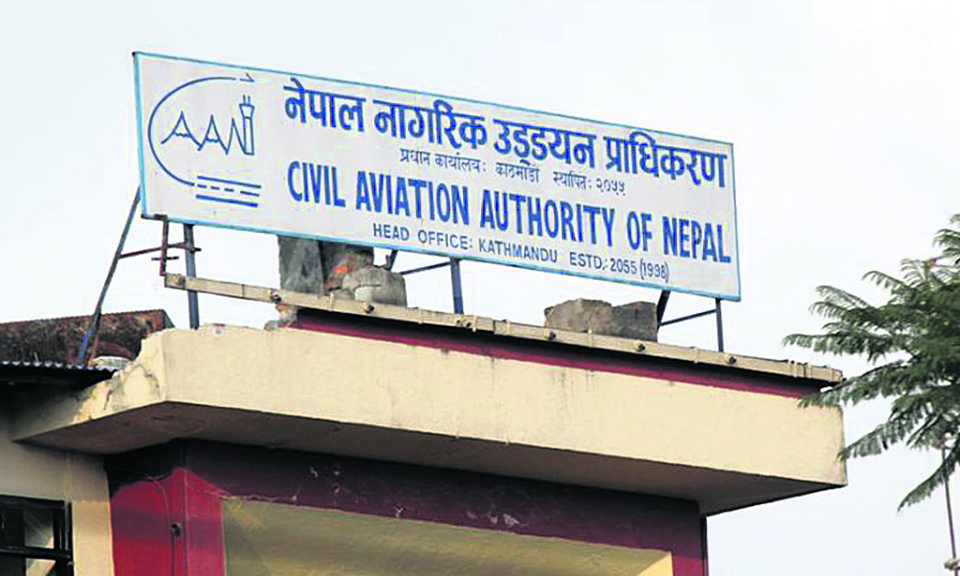 Civil Aviation Authority of Nepal (CAAN) unveiled the report in the presence of Minister for Culture, Tourism and Civil Aviation, Yogesh Bhattarai, on Thursday.

The report states that CAAN has achieved Level 2 SSP Implementation as depicted by ICAO’s iSTARS (integrated Safety Trend Analysis and Reporting System) – a web-based system.
According to the report, Nepal’s effective implementation (EI) stands at 66.76% which is higher than APAC (63.26%), Global (65.51%) and ICAO benchmark (60%) – Global Aviation Safety Plan-GASP target.

“The figures show that the situation of Nepal is improving and we hope to progress further in the days to come,” Rajan Pokhrel, director general at CAAN, told Republica.
Nepal has a positive safety index in two areas – operations and air navigation. However, EI in support needs to be increased by at least 7.39%. The EI in support stands at 0.88% compared to the benchmark of 1%.

Aircraft accidents in Nepali sky between 2009 and 2018 have been classified into three categories – Controlled Flight into Terrain (CFIT), Loss of Control in Flight (LOC-I) and Runway Excursion (RE). Of the total accidents, CFIT accounts for 74% of the fatality, followed by LOC-I with 26% fatality.

Though 42% of air accidents are RE-related, there had been no fatality under this category.
According to the report, the fatality in aircraft accidents was considerably higher during the period 2010-2012. The CAAN claimed that the trend of accident and fatality involving small multi-engine aircraft has seen a drop over the last five years. “But the accidents being unpredictable, air safety cannot be guaranteed,” Pokhrel said.

There has been an increase in the trend of hazard reporting as 414 mandatory occurrences were reported and 514 hazards were identified collectively by service providers and regulators via different means and mechanisms in 2018. Of them, 211 were related to human, 106 to environment, 105 technical and 91 were organizational hazards.

The report states that CAAN has achieved significant progress in the improvement in its safety oversight capability. Effective Implementation (EI) of ICAO safety standards and guidance has also been raised above the Global Aviation Safety Plan (GASP) benchmark to 60%. CAAN’s EI was 43%, 55% and 66.76% in 2009, 2013 and 2017, respectively.

“EU’s safety concern deals with organizational issue and accidents occurred in small aircraft,” Pokhrel told Republica, adding: “Safety is our concern too, but it is not a sufficient reason to blacklist Nepal.” He also said that the CAAN was collaborating with private sector and has formed Short Take Off and landing (STOL) operation safety team to look into the safety concerns.
Nepal had received ‘ICAO Council President Certificate’ in 2018 for the progress made in the country’s aviation safety and improving the effective implementation of ICAO Standards and Recommended Practices.