Food Management and Trading Company has fixed the price of live goat at Rs550 per kg.

As the countdown to Dashain begins and festival shoppers scramble with their shopping, state-owned Food Management and Trading Company announced on Monday that it was offering live goats at Rs100 per kg less than the prevailing market price. 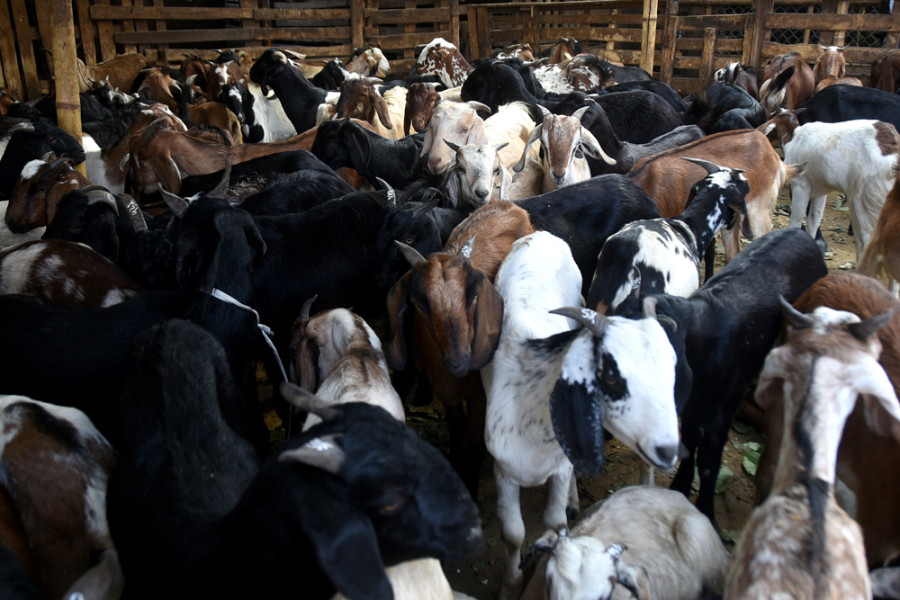 The government company has few goats in stock, and the move is intended more to intervene in market prices than fulfil demand.

Yogendra Gauchan, director-general of the Department of Commerce, Supply and Consumer Protection Management, said that there were no fixed rates in the market because traders charge different rates depending on weight, size and quality of the goats.

“Though we purchased goats in limited numbers, we hope that this will help in stabilizing market prices. The company plans to sell 3,000 goats and mountain goats this year. Of the total shipment, 1,920 mountain goats will arrive from Mustang and 1,000 goats from different places,” said Gauchan.

More than 75,000 he-goats, mountain goats and sheep are required to fulfil the Kathmandu Valley's demand for meat during the Dashain festival. There are around 400 traders selling goats in the main markets of the Valley like Kalanki, Tukucha and Bijuli Bazaar.

Goat imports had fallen to nil in the past five months with the strict enforcement of quarantine measures, but the situation has been eased ahead of Dashain.

Nepal’s annual per capita meat consumption is estimated at 12 kg. It was 9.8 kg in 2008 and 9.7 kg in 2000. Despite the growth, Nepal is still far behind other developing countries.

Buffalo meat is the most popular meat in Nepal followed by goat, chicken and pig. There are more than 5 million live buffaloes in the country, according to the Ministry of Agriculture and Livestock Development. Mutton accounts for 20 percent of the country’s meat consumption.