World renowned physicist Stephen Hawking has died at the age of 76.

He died peacefully at his home in Cambridge in the early hours of Wednesday, his family said.

The British scientist was famed for his work with black holes and relativity, and wrote several popular science books including A Brief History of Time. 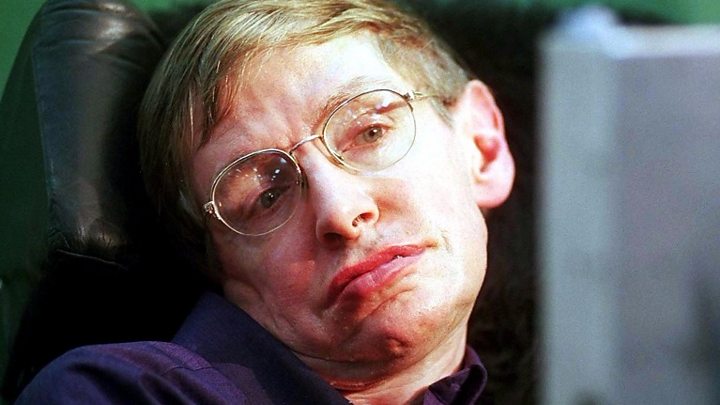 Looking back on the life of Stephen Hawking

At the age of 22 Prof Hawking was given only a few years to live after being diagnosed with a rare form of motor neurone disease.

The illness left him in a wheelchair and largely unable to speak except through a voice synthesiser.

In a statement his children, Lucy, Robert and Tim, said: "We are deeply saddened that our beloved father passed away today.

"He was a great scientist and an extraordinary man whose work and legacy will live on for many years."

They praised his "courage and persistence" and said his "brilliance and humour" inspired people across the world.

"He once said, 'It would not be much of a universe if it wasn't home to the people you love.' We will miss him forever."

A book of condolence is due to be opened at Gonville and Caius College in Cambridge, where Prof Hawking was a fellow. 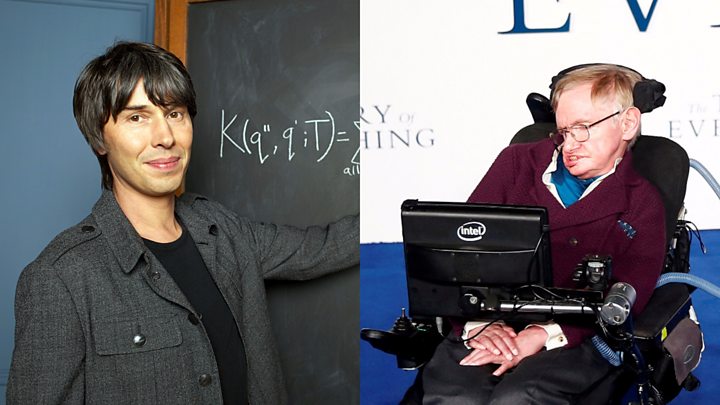 Professor Brian Cox on the legacy and wonder of Hawking's work

Prof Hawking was the first to set out a theory of cosmology as a union of relativity and quantum mechanics.

He also discovered that black holes leak energy and fade to nothing - a phenomenon that would later become known as Hawking radiation.

Through his work with mathematician Sir Roger Penrose he demonstrated that Einstein's general theory of relativity implies space and time would have a beginning in the Big Bang and an end in black holes.

The scientist gained popularity outside the academic world and appeared in several TV shows including The Simpsons, Red Dwarf and The Big Bang Theory. 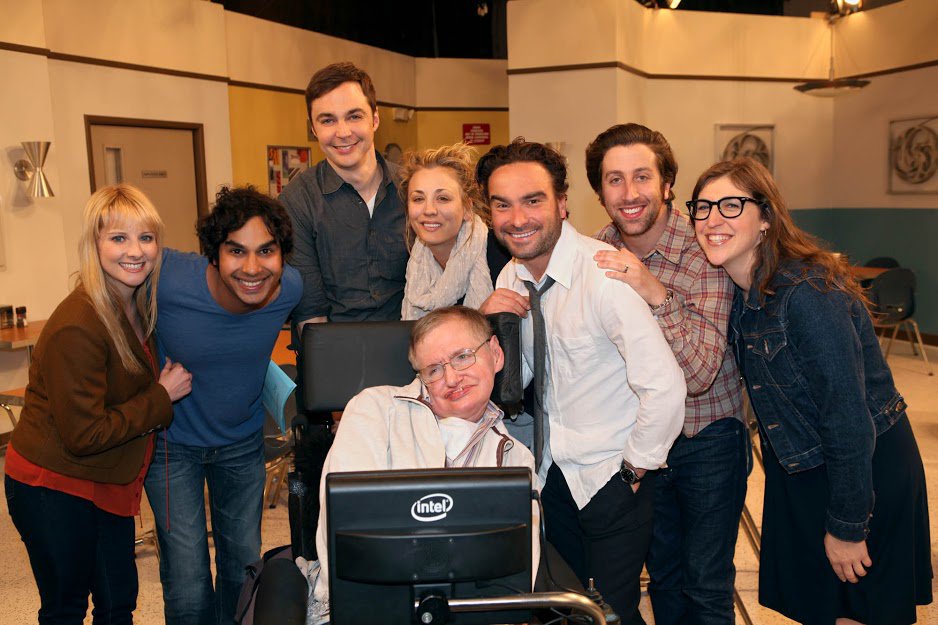 He was portrayed in both TV and film - recently by Oscar winner Eddie Redmayne in The Theory of Everything, which charted his rise to fame and relationship with his first wife, Jane.

The actor paid tribute to him, saying: "We have lost a truly beautiful mind, an astonishing scientist and the funniest man I have ever had the pleasure to meet."

Benedict Cumberbatch, who played Prof Hawking in a BBC drama, said he was "a true inspiration for me and for millions around the world". 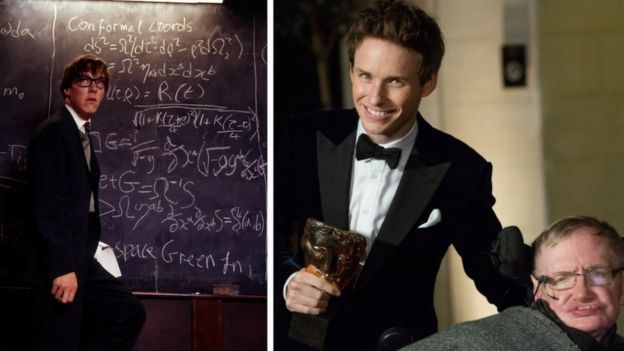 His most famous book - A Brief History of Time - has now shot to the top of the Amazon Best Sellers list.

The Motor Neurone Disease Association, of which Prof Hawking had been a patron since 2008, reported that its website had crashed because of an influx of donations to the charity.

Tributes have poured in for Prof Hawking since the announcement of his death.

Prof Lord Martin Rees, the Astronomer Royal, who was at university with Prof Hawking when he was diagnosed, said his friend had "amazing willpower and determination".

Prime Minister Theresa May called him a "brilliant and extraordinary mind" and "one of the great scientists of his generation".

Labour leader Jeremy Corbyn praised the scientist for his "determination to explain the mysteries of the cosmos" and his "burning passion to protect our National Health Service." 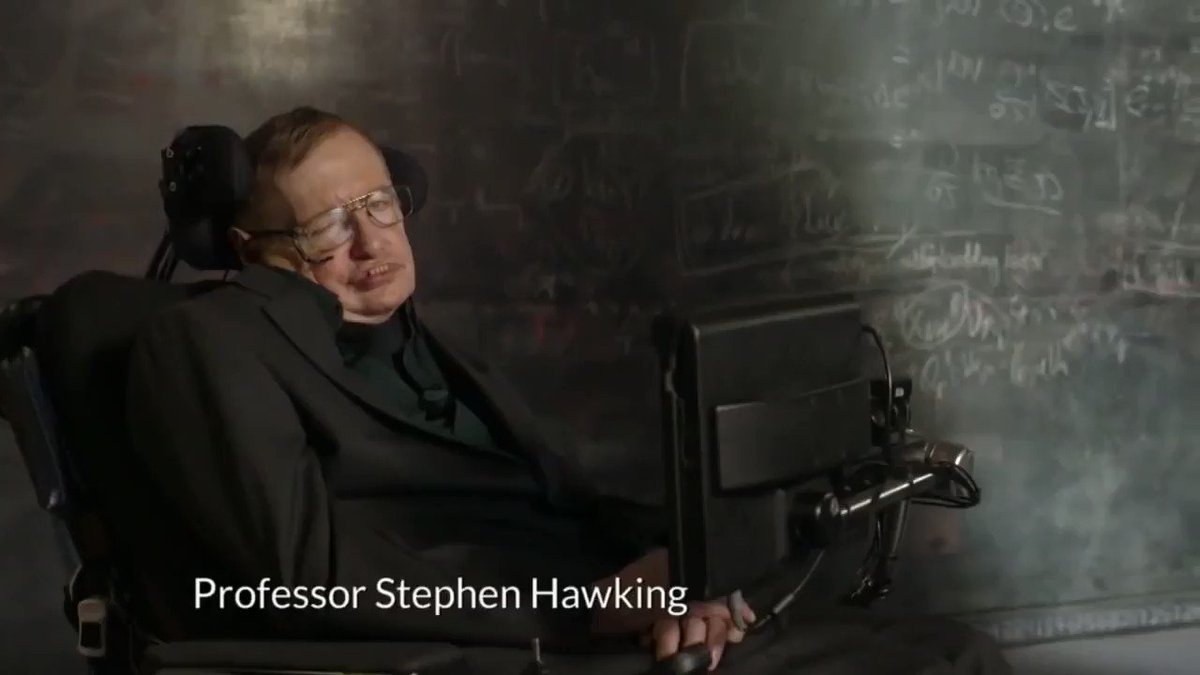 Remembering Stephen Hawking, a renowned physicist and ambassador of science. His theories unlocked a universe of possibilities that we & the world are exploring. May you keep flying like superman in microgravity, as you said to astronauts on @Space_Station in 2014

Sir Tim Berners-Lee, inventor of the web, said: "We have lost a colossal mind and a wonderful spirit. Rest in peace, Stephen Hawking," he said.

The vice chancellor of the University of Cambridge - where Prof Hawking had studied and worked - Professor Stephen Toope, said he was a "unique individual" who would be remembered with "warmth and affection".

Prof James Hartle, who worked with him to create the Hartle-Hawking wavefunction to explain the Big Bang, said Prof Hawking had a "unique" ability to "see through all the clutter in physics" and get to the point.

He told BBC Radio Four's Today programme: "My memory of him would be… first our work together as scientists and, second, as a human being whose whole story is a triumph over adversity [and] who inspired a lot of people, including me." 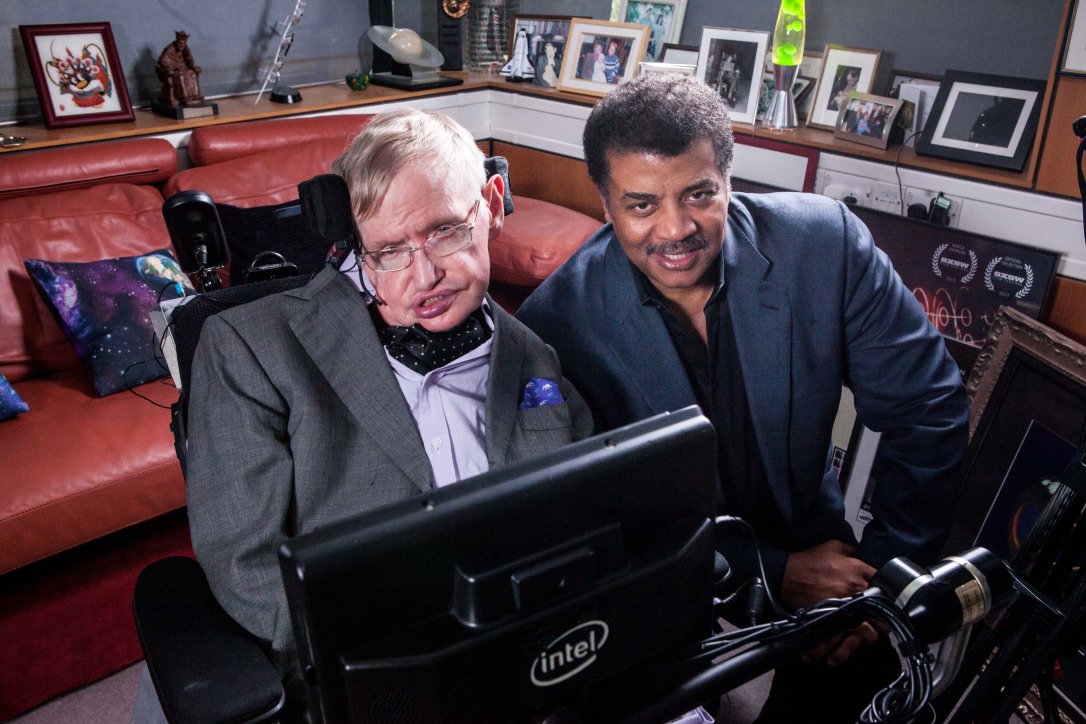 His passing has left an intellectual vacuum in his wake. But it's not empty. Think of it as a kind of vacuum energy permeating the fabric of spacetime that defies measure. Stephen Hawking, RIP 1942-2018.

The comedian and presenter of the BBC's Stargazing Live Dara O'Briain said the scientist had an "immeasurable life" and "one of the few people I would call a hero of mine".

He told BBC Radio Surrey: "He was a fun loving guy. Inside that shell, inside that body that was paralysed, was someone who was full of vigour, full of passion for life."

British astronaut Tim Peake said Prof Hawking "inspired generations to look beyond our own blue planet and expand our understanding of the universe".

Gian Giudice, head of theoretical physics at the European nuclear research laboratory CERN, said Prof Hawking had a "great impact" on the centre's research, adding: "A giant of our field has left us, but his immortal contributions will remain forever." 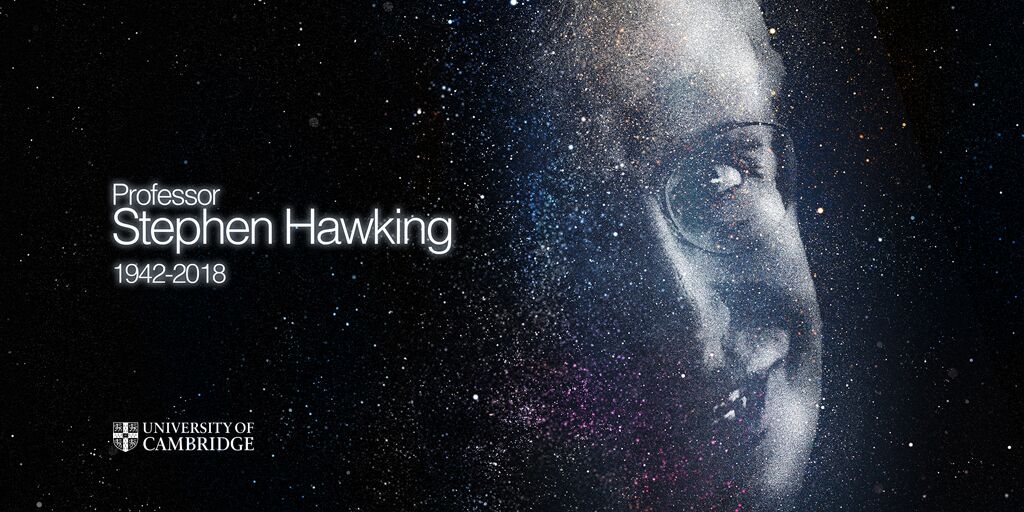 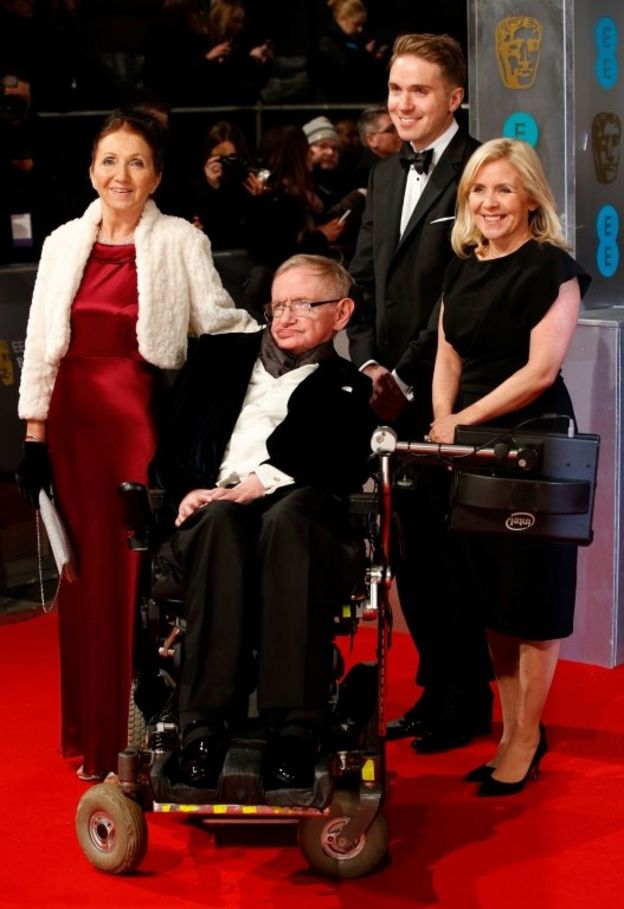 In his 2013 memoir he described how he felt when first diagnosed with motor neurone disease.

"I felt it was very unfair - why should this happen to me," he wrote.

"At the time, I thought my life was over and that I would never realise the potential I felt I had. But now, 50 years later, I can be quietly satisfied with my life."

Speaking to the BBC in 2002, his mother, Isobelle, described him as a "very normal young man".

She said: "He liked parties. He liked pretty girls - only pretty ones. He liked adventure and he did, to some extent, like work."