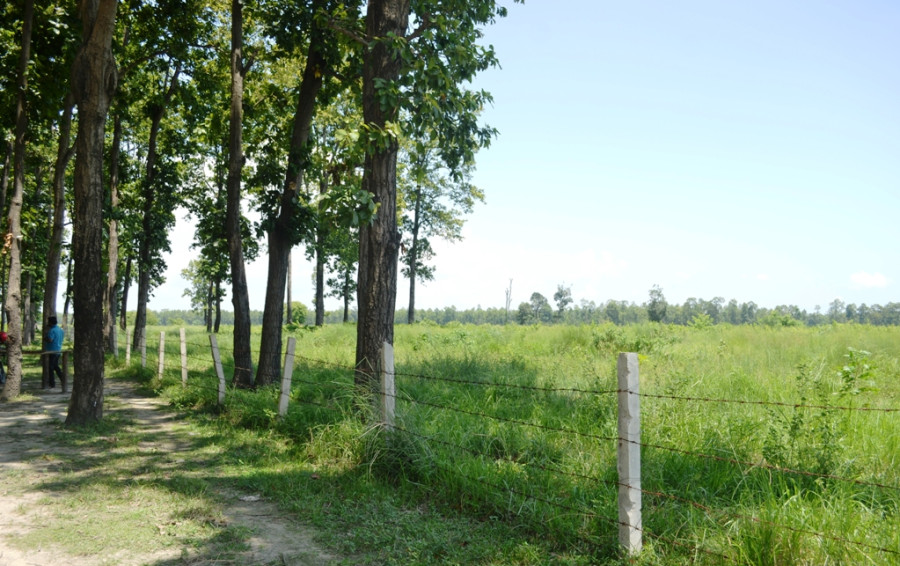 The group, in collaboration with Tarai Chure Protection Programme, Collaborative Forest Management Committee and the Division Forest Office, has planted 22,000 saplings of Khair, Masala, Tik, Simal, Saisau and Jamun among other trees on the forestland. A total of Rs 2.7 million was spent on the plantation drive.

According to the forest office, around 381 hectares of forestland have been encroached by individuals who claim to be flood and landless victims in Parsa.

Lalan Sah, chairman of the Collaborative Forest Management Committee, said that they have reclaimed the forestland by raising awareness among the local population about the importance of forest conservation.

“We have fenced the area and deployed guards to protect the recently planted tree saplings,” Sah said.

However, one of the employees at the forest office said they have not been able to clear the forestland, as some of the encroachers have “political connections.”

Sabaiya Collaborative Forest, which covers 3,088.69 hectares of forestland, was established 15 years ago.

Ahamad Ansari, planning chief at the district office, said the office has also been making efforts to control poaching activities in the forestland and to conserve the area.

“We have also formed a fire line around the forest to prevent wildfires from spreading,” said Ansari.