Using your personal data is now second nature for politicians

Politicians and electioneers are betting big that at this general election, your data is going to be more important than ever when it comes to swaying your vote in their favour.

We are undoubtedly well into the “big data” age. The amount of information we create and make available about our daily lives is growing exponentially. Businesses, governments and other organisations are becoming increasingly adept at analysing it to learn about us, predict our behaviour and sell us things.

Politicians are salespeople too, of course. And in recent years, it’s clear they have been taking lessons from the world of tech. Amazon’s recommendation enginesand Facebook’s audience segmentation have clearly provided inspiration for how to package themselves and ensure they are targeting the right audiences at the right times. 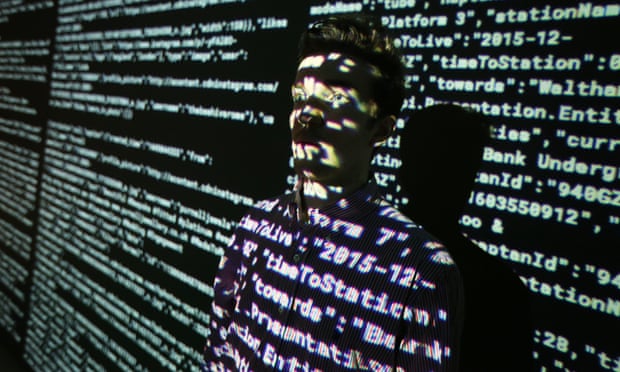 As is the current trend in global politics, this mostly started in America. With strong support from Silicon Valley, where this technology was incubating, Barack Obama swept to victory in the 2012 election. As far as election strategy is concerned, his team’s big data strategy was widely credited as playing a big part in his victory. Obama assembled a team of 100 analytics experts at a headquarters known as “the cave”, to gather as much data as possible, and then create sophisticated predictive modelling algorithms to crunch it in search of insights.

The core focus of big data electioneering is identifying marginals – key demographic groups or geographical areas that could go either way, with enough combined weight to pull the overall result in their direction.

Fast-forward five years from Obama’s second-term win, and Trump’s manoeuvres on this front of his campaign for the White House can best be described as a sucker-punch. Initially he expressed general disdain for the idea of using data and analytics to campaign in elections, referring to it as “overrated”.

“Obama got the votes much more so than his data processing machine. And I think the same is true for me,” he told AP, far ahead of his October win.

Soon after, however, it became apparent that either his opinion changed very quickly or, more likely, someone on his team persuaded him that it would be a terrible idea to go up against Hillary Clinton with anything other than the most bleeding-edge technology of his own.As has been widely covered by the press since, the Trump team’s move was to hire Cambridge Analytica. It was a natural fit – Trump’s trusted adviser Steve Bannon was formerly a board member and his friend and supporter, the billionaire Robert Mercer, is said to be a major shareholder. Their methods involve building up detailed psychological profiles of individuals based on up to 5,000 data points per person. Some of this is gathered from public records while more is purchased behavioural data from third-party providers such as marketing agencies, or mined from social media.

This side of the Atlantic, politicians are equally aware of the value of your personal data in their own campaigns. During the 2017 elections the Conservative party will rely heavily on its own database and analytics platform known as VoteSource. Labour uses its own similar system called Contact Creator, while the Lib Dems call theirs Connect. The result is if you get a knock at the door during the next few months from someone seeking to secure your vote, it’s likely that it’s because your data is showing that your specific vote is of particular value to them.

Even Theresa May’s decision to ambush her opposition now with a surprise general election is likely to have been heavily influenced by voter analytics, with data showing that support could be far less strong in 2019 than it is now, if Brexit negotiations go anything other than smoothly.

Perhaps understandably, this gives a lot of people an uncomfortable feeling. The potential for not just politicians but marketers and even criminals to use our data in ways that are not in our best interest is clear. The issue is seen as enough of a threat that the Information Commissioner’s Office has this month announced an inquiry into how personal data is being used in election campaigns.

Measures such as this – alongside the emphasis put on privacy rights under new legislation such as the European General Data Protection Regulation (GDPR) – should certainly be welcomed by those of us who believe that big data has tremendous potential as a force for good, in politics as elsewhere.

The simple fact is that legislation has failed to keep up with the speed at which technology has advanced. The GDPR, which comes into full force next year and is set to be adopted into UK law, is supposed to be a step towards rectifying that. Specifically, it states that organisations can only use personal data for the express purpose for which it was given. In theory, this means that if we do not want a party to collect our data, aggregate it and use it to make decisions about how to market themselves to us come election time, we can simply tell them not to. Time will tell how effective whatever mechanisms are put in place to enable us to do this will work, in reality.

The upside to all of this, from a voter’s point of view, is that parties with a more thorough and granular understanding of the electorate should result in politicians and candidates more in touch with our real cares and values. In theory, this should be a great thing for democracy – although whether or not they keep their data-derived promises once in office is of course another matter.