I came to Kathmandu to work, but I was unaware that a restaurant here had ‘bought me,”  Hira Thapa (named changed), said. The 16-year-old from Sindhupalchowk said she remembered she used to call the person who brought her to Kathmandu, uncle.

Before she knew, she was sold by her uncle and sexually exploited. She said, “I was only 13 years at the time and later I came to learn that I was sold by my uncle for Rs 7,000 after working there for two years. “At that time I needed the job because both my parents had died and I didn’t have have anyone to take care of me. So I used to live with my father’s sister.”

Similarly, Sabitri Basnet, now 16, started working at Teku Restaurant while she was studying in class 7. Basnet used to work as waiter and dancer as her family was facing a hard time making ends meet. She said, “My father left my mother, so she brought me and my sister to Kathmandu along with her to find a job. My mother sold vegetables to educate us. Later, she fell ill and was unable to work.” 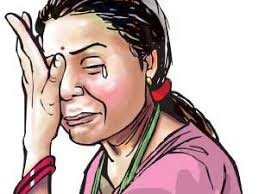 A neighbour suggested to Basnet that she could work at a restaurant as a dancer as she loved dancing. Basnet revealed that during her time at the restaurant the customers touched her private parts and offered her money for spending a night with them.

Commercial sexual exploitation of children (CSEC) has been on the rise in dance bars, restaurants and massage parlours. “This trend has increased after the 2015 earthquake,” said Rupa Sharma, media coordinator of Nepal Youth for Social Transformation. “As many children come from rural areas, they were used for commercial sexual activities mostly on the street, and restaurants,” Sharma explained.

CSEC includes child sex tourism and other forms of ‘transactional sex’ where a child is forced to engage in sexual activities to get food, shelter, education or any sort of income. Many activists say that sexual abuse of children in these cases is not stopped or reported by family members.

According to the report of District Child welfare committee, Kathmandu, 104 children, who were victims of sexual exploitation appeared in the court in 2016-17, while 109 girls were victimised.

Most of the children are trafficked by their own family members and relatives and the unregistered restaurants, bars etc have become  points for buying and selling children for commercial sexual purposes. “There are nearly 60 entertainment service providers registered in the Central District Offices, but thousands of restaurants in the valley are there for commercial sexual exploitation” Bhandari informed.