BUTWAL: Vehicles and petroleum worth over Rs 47 billion were imported from the Bhairahawa customs in the last Fiscal Year 2018/19. 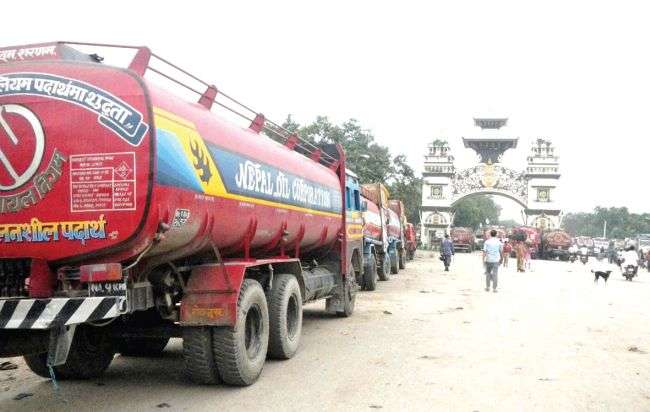 Total 125 percent customs duty is levied on the import of motorcycles, apart from VAT. Brands including Honda, Hero Honda, Bajaj, Yamaha, and Suzuki were the most imported motorcycles. The import of scooter has also been increasing every year, according to Kaliram Poudel, information officer at the Bhairahawa Customs Office.

The total customs revenue from vehicles at Bhairahawa was Rs 29.49 billion in the Fiscal Year 2018/19. Despite the slight decrease in the total number of vehicles imported, vehicles contributed the most -- 35.97 percent -- to the total revenue of the customs. While the import of truck, mini truck and microbus decreased in the past year, the import of expensive brands of cars showed an increasing trend.