Vote counting of KMC concluded in 6 days in 1997

Although concerns are being raised from various quarters in Kathmandu over the snail-paced counting of votes, not many people seem to be aware about the time it took to conclude vote counting in Kathmandu Metropolitan City in the last local election held 20 years ago.

In 1997, vote counting in Kathmandu had started later on the Election Day on May 26 and concluded on May 31. “In 1997, it had taken almost a week to declare the results of Kathmandu. That was possible because of the small size of the ballot paper and fewer candidates,” recalled former election commissioner Neel Kantha Upreti, who was a senior officer at the EC at that time. 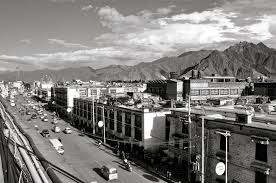 The numbers of voters in Kathmandu was also smaller during the last local polls. The population of Kathmandu Metropolitan City was 650,000 in the 2001 census. But around one million people lived inside Kathmandu among them 284,000 were eligible for voting.

Sthapit blames the election officer of Kathmandu for not becoming ready for counting the votes at more than three places in the City Hall.

The Election Commission has blamed the complicated ballot paper and repeated disputes among parties contesting in the election as the major factor behind the slow vote counting. “Obviously, vote counting for local elections takes time as we have incorporated seven separate ballot papers into one. And it takes time to count them and record them properly,” said EC Spokesperson Surya Prasad Sharma.

Former chief election commissioner Uprety said that counting the votes in more places is the only option for concluding the vote counting at the earliest.

According to the EC, 878 candidates are in the election fray for 162 posts of local units in Kathmandu. Altogether 28 individuals have filed their candidacies for the mayoral post of Kathmandu, 13 for deputy mayor and rest others are vying for ward committee chairman or ward members.

According to Keshav Sthapit, who was elected the mayor of KMC in 1997 local polls, NC, UML and RPP were major political parties contesting in the local polls. Two different ballot papers - one for mayor and deputy mayor and another for ward committee chairpersons-- were managed for the 1997 local polls.

Now the ballot paper for Kathmandu is about one meter long comprising 68 symbols for mayors. But with just 28 individuals filing their candidacies for the post of mayor, rest other symbols for mayor are unused. Likewise many symbols for ward committee chairpersons and members are also unused.