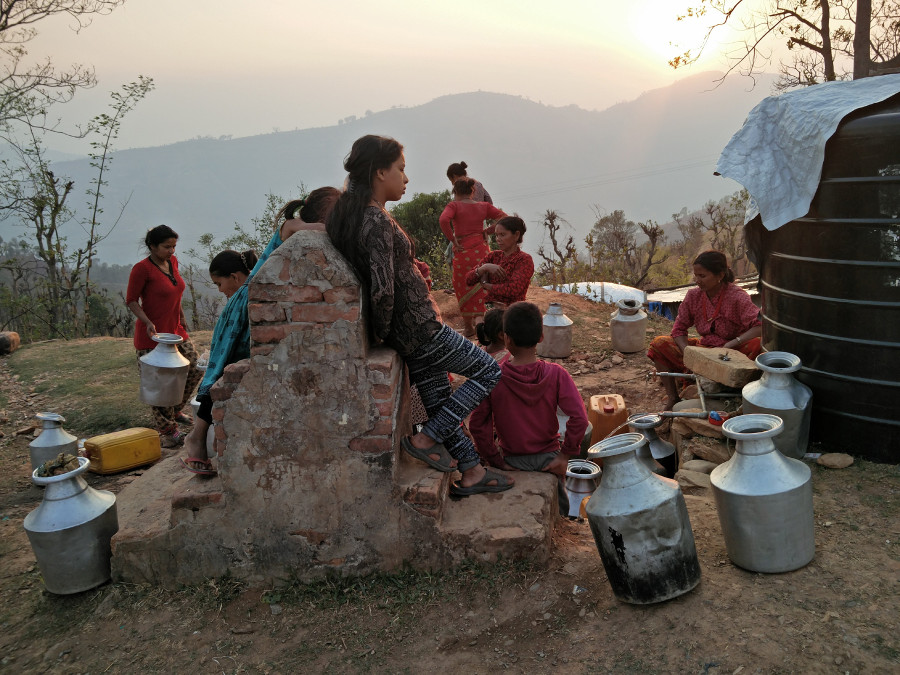 Himalayan towns are running dry due to inadequate urban planning coupled with a rapidly changing climate, which has prompted fears of water insecurity, according to a study.

The study conducted in 13 towns across four countries—Nepal, India, Bangladesh and Pakistan of the Hindu Kush Himalaya region—has concluded that these Himalayan towns are increasingly becoming water insecure because of poor urban planning and climate change.

The study covered towns from four corners of the Himalayan region Murree and Havelian in Pakistan; Kathmandu, Bharatpur, Tansen, and Damauli in Nepal; Mussoorie, Devprayag, Singtam, Kalimpong, and Darjeeling in India; and, Sylhet and Chittagong in Bangladesh. All of these towns were facing challenges of changing water budgets, increasing demand for water and water scarcity. The findings of the 10 papers, which covered these 13 towns, have been published in the special issue of Water Policy, the official journal of the World Water Council.

Showing the inter-linkages of water availability, water supply systems, rapid urbanisation, and consequent increase in water demand on both daily and seasonal level, the study, which is said to be the first of its kind in the region, concluded that increasing water insecurity is looming in towns of the Hindu Kush Himalaya region.

“There is a growing water crisis in mountains that have not yet hit our radar screens,” said David Molden, director general at International Center for Integrated Mountain Development (ICIMOD) in Kathmandu, in an email interview. “From a study of 13 towns across four countries in the Hindu Kush Himalayas, it is evident that increasing urban populations, climate change, and the management of water resources, are presenting a real challenge to urban dwellers, with the urban poor and migrants often facing detrimental impacts.”
Although only 3 percent of the total Hindu Kush region population lives in larger cities and 8 percent in smaller towns, projections show that more than 50 percent of the population will be living in cities by 2050, placing tremendous stress on water resources, according to the study.

As water stored in mountains are quickly disappearing due to rising demands and excessive melting of glaciers accelerated by climate change, over 1.9 billion people of the region, relying on mountains for their water needs, are already at the risk of water shortage, a report warned in December.
The latest findings only indicate towards a harsher future for the region.

“Spring sources which have been traditionally been the most important supply for villages and towns are drying up and unable to meet the growing demand for water,” said Molden. “Urban drainage and flood management systems cannot cope with rampant and often unplanned growth.”

According to Molden, the region needs mountain-specific solutions that in addition to modern infrastructure, take into consideration traditional knowledge, revival of spring sources, local institutions, and the emerging needs of poor women and migrants.

The study has attributed looming water insecurity to poor water governance, lack of urban planning, poor tourism management during peak season, and climate-related risks and challenges. The study has found that the water demand-supply gap in eight of the surveyed towns ranged between 20–70 percent.

“There is a high dependence on springs (ranging between 50 percent and 100 percent) for water supply in three-fourths of the urban areas. Under current trends, the demand-supply gap may double by 2050,” said Anjal Prakash, IPCC author and research director at Bharti Institute of Public Policy at Indian School of Business, Hyderabad, India, in an email interview.

In a bid to cope with growing water shortage, communities in these towns are turning to groundwater extraction, which is only proving to be unsustainable. The study has pointed out a lack of long-term strategies for water sustainability in urban centres and stressed the need for special attention of planners and local governments.

Small to medium-sized cities in the Himalayan region of Nepal and India, which are witnessing unchecked urbanisation, increasing population, changing lifestyles of residents, coupled with adverse impacts of climate change, are prone to water insecurity, a three-year-long study concluded last year.

Case studies based in Himalayan towns have further pointed out that with development plans and policies focusing more on rural areas, issues surrounding urban environments have remained ignored. As a result, the encroachment and degradation of natural water bodies and the growing disappearance of traditional water systems like stone spouts, wells, and local water tanks are visible across the region.

The study has highlighted that water needs should be sustainably sourced to bridge the gap between supply and demand, and water governance and management need to consider issues and services beyond water utilities. Likewise, it also draws attention to the equitable distribution of water as the poor and marginalised are most affected when water supply dwindles and recognition of women’s multiple roles in water management.